Ex-French President Sarkozy is sentenced to one year in prison 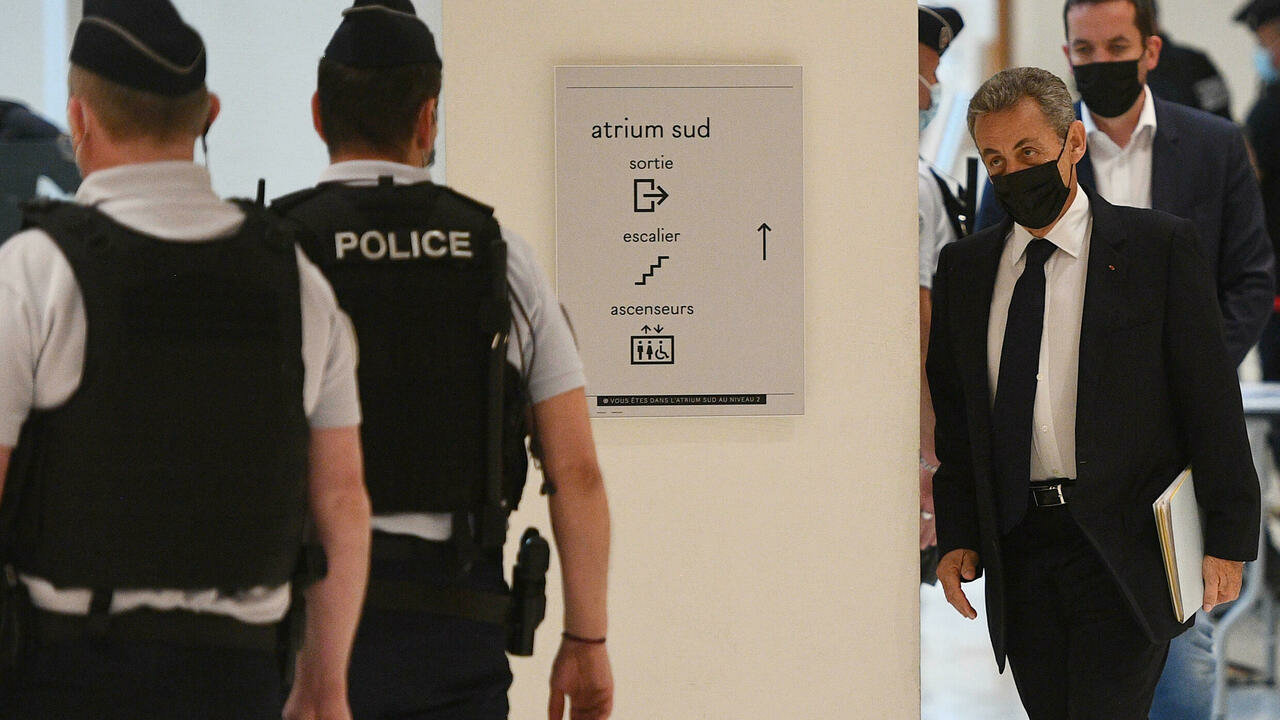 The Paris Criminal Court on Thursday sentenced former French President Nicolas Sarkozy to one year in prison, the maximum sentence that can be imposed against him, after he was found guilty of illegally financing his presidential campaign in 2012, in a case called “Pygmalion”.

This new conviction comes seven months after he was convicted of corruption in the wiretapping case. Thus, he became the first former President of the Republic to be sentenced to prison terms.

The court stated that Sarkozy will not be imprisoned, but that another measure will be taken against him to serve his sentence.

His sentence was harsher than what prosecutors had demanded for a year in prison, including a six-month suspended sentence.

Sarkozy’s lawyer announced that he would appeal the ruling.

In March, Nicolas Sarkozy was the first former French president (2007-2012) to be sentenced to life imprisonment with a sentence of three years, including one year with enforcement, on charges of corruption and abuse of power in a case known as “eavesdropping” in which he was prosecuted for attempting to bribe a judge. He appealed the verdict, and this sentence was subsequently suspended de facto.

On Thursday, prison sentences ranging between two and three and a half years, some of which were suspended, were imposed on the other thirteen defendants with Sarkozy in this case, all of whom were convicted of helping to illegally finance his election campaign in 2012.

Court President Caroline Feige said during the ruling read out that Sarkozy, who was absent from Thursday’s session, “continued to organize rallies” after he “received a written warning of the danger of exceeding” the legal limit.

See also  Luxury brands have recovered in China, but have been changed forever by the coronavirus

“It wasn’t his first campaign, he had experience as a candidate,” she said. She added that Sarkozy “deliberately overlooked the control over the expenses” of the campaign.

In the end, the campaign cost the prosecution claimed at least $42.8 million, nearly double the legal ceiling at the time.

During the campaign for his re-election in 2012, Sarkozy was demanding a “daily election rally” and did not bother to control spending, the public prosecutor said in the indictment.

An illegal settlement between the then majority party, the Union for a Popular Movement – which Sarkozy renamed the Republican Party – and the rally organizer Pygmalion contributed to the coverage of this campaign.

Unlike the 13 defendants (ex-campaign officials, UMP and Pygmalion), Nicolas Sarkozy was not charged with the double-billing system, which was used to cover up for exceeding the authorized spending limits for the election campaign.

He was only tried on charges of “unlawful campaign financing”.

But he “undoubtedly” benefited from fraud as he had resources far greater than those permitted by law.

Nicolas Sarkozy has denied everything altogether. “Novels!” he said angrily at the accusation bombardment.

Attacking everyone, he added, “Where is this pure gold campaign?”

Sarkozy had confirmed, “there were forged invoices and fake conferences, this is true.” But “the money wasn’t spent on my campaign, otherwise it would have appeared.” He considered that Pygmalion – founded by close associates of his opponent, Jean-Francois Cope, head of the Union for a Popular Movement at the time – had “benefited greatly” from his campaign.

Sarkozy’s defense team had demanded his acquittal. “He did not sign any guess or bill and accepted all the restrictions that were asked of him,” his lawyer said. “He is far from being a greedy, hysterical candidate.”

Unlike the other defendants who attend the hearings every day, Sarkozy only attended his interrogation. It is a way to put himself “above others”, which infuriated the Public Prosecution Office.

This scandal, which came to light two years after Sarkozy’s defeat, led to a series of political upheavals on the right in France.

“There are fourteen defendants and approximately the same number of accounts,” the Public Prosecution said. “Most of them saw nothing, knew nothing and heard nothing. They were victims of manipulation or use of tools,” she added sarcastically.

“There is no doubt that they are guilty,” she stressed.

The Prosecutor acknowledged that a central question would remain unanswered. “Who ordered this system to be put in place? We don’t have enough evidence to prove it,” she said.