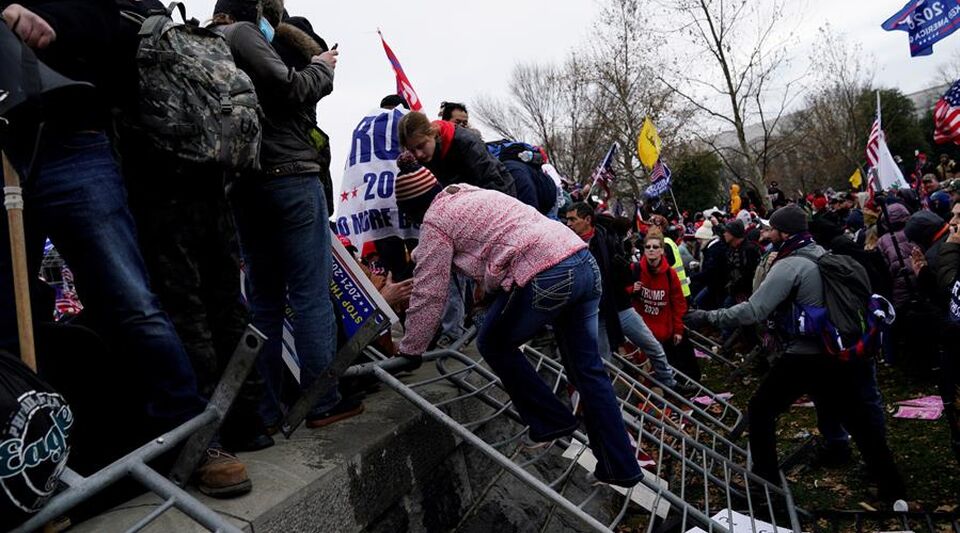 (EFE). – The US House of Representatives approved a resolution formally asking Vice President, Mike Pence, and the Cabinet to implement the 25th Amendment to the Constitution to sack the outgoing president, Donald Trump, against him now. He is preparing to promote a new isolation trial.

In a session held six days after the Trump supporters’ attack on the Capitol Building in Washington, where five people were killed, members of Congress voted by 223 votes in favor of the initiative and 205 against it.

In the resolution, members of Congress asked Pence to declare Trump “unable to carry out the duties of his office and to immediately exercise his powers as acting president.”

Members of Congress ask Pence to declare Trump “unable to carry out his office duties and immediately exercise his powers as acting president.”

However, the vote became only a formality due to the Trump administration’s second refusal to move in this direction.

Pence expected the vote by issuing a letter addressed to the Speaker of the House of Representatives, Democrat Nancy Pelosi, in which he called for “avoiding actions that would increase the division and inflame the feelings of the moment.”

“I don’t think such a measure is in the interest of our nation or in conformity with our constitution,” the vice president said of the mechanism promoted by progressives with eight days remaining until Trump’s term ends.

Pence stressed that “last week I did not surrender to pressure to exercise outside the scope of my constitutional authority to determine the outcome of the elections, and I will not surrender now to the efforts of the House of Representatives to play political games at such a dangerous time … in the life of our nation.”

Thus, the Vice President implicitly referred to Trump’s pressure to assume powers inconsistent with him under the constitution and to intervene in the House of Representatives session that called for approval of Joe Biden’s victory in last November’s election.

Newspaper New York times Yesterday, he revealed part of a phone conversation Trump had with Pence last Wednesday, in a final attempt to persuade him to backtrack on the election result.

Pence warned that using this amendment would “set a terrible precedent” and pledged to ensure an “orderly transfer of power.”

“You can go into history as a patriot,” Trump told Pence, according to the New York Times edition, which cited the testimonies of two people briefed on the conversation.

Pence warned in his letter that using this amendment would “set a terrible precedent” and pledged to ensure an “orderly transfer of power.”

During the day, Trump broke his silence, and in his first statements to the press after what happened in the legislature, he defended his debate as “a perfect fit” for his followers marching to the Capitol.

The president said, “If you read the letter (…) people think what you said is quite appropriate.”

Already in Texas, where he went to inspect progress in building the wall on the border with Mexico, the president assured that there was no “risk” that his government would remove him from office.

Trump said, “Amendment 25 does not represent any risk to me, but it will affect Joe Biden and his administration. As the expression says, be careful what you wish for,” Trump said, without clarifying what he meant, given that the president-elect has not come to explicitly request the activation of this mechanism. .

Trump also described the opening of the second impeachment trial as “extremely absurd” and “a continuation of the largest witch hunt in the history of politics.”

Senate Republican leader Mitch McConnell was satisfied and believes a possible impeachment trial could help purge his party of supporters of the incumbent president.

On Wednesday, Democrats will seek to charge the president with charges of “inciting disobedience,” an effort that has won the support of at least four Republican lawmakers: Adam Kissinger, Congressman from Illinois; Liz Cheney, Congresswoman from Wyoming; John Katko, Congressman from New York; Fred Upton, a congressman from Michigan.

he is The New York Times It also revealed that the Republican leader in the Senate, Mitch McConnell, was satisfied with possible impeachment against Trump, and that he believed the prospect of impeachment could help purge his party of followers of the incumbent president.

The process began on Monday with the House of Representatives promising to force the Senate to subject Trump to a political trial that will take place when Biden is already in power, so its main objective will not be to impeach the president but rather to disqualify him. Hold political office in the future.

Collaborate with our business:

Team 14 Medio He is committed to creating a serious press that truly reflects the depth of Cuba. Thank you for joining us on this long road. We invite you to continue our support but this time Become a member of our magazine. Together we can continue to change the press in Cuba.

READ  Coronavirus in the UK Live: Almost 2,000 new cases of COVID-19 - the highest daily total since May | Policy