Hanging Gardens of Shanghai: An impressive modern shopping complex in China covered with a thousand trees 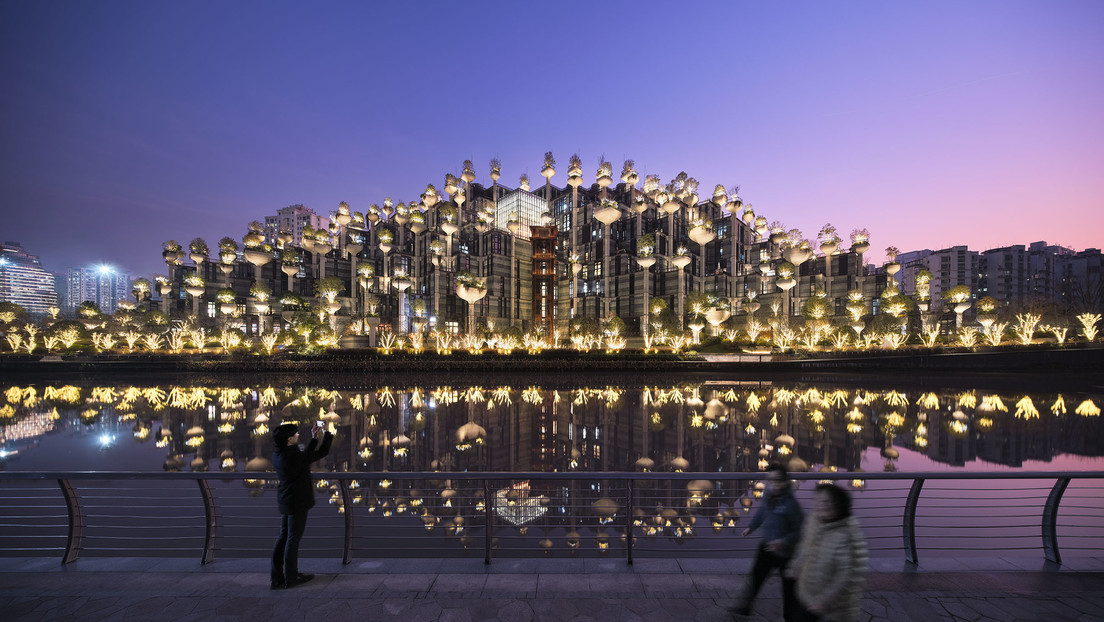 The structure includes 250,000 plants that taper down the structures. It combines columns that serve as decorative pots on which trees are planted.

A few weeks ago, the first phase of ‘1000 trees’ was opened in the Chinese city of Shanghai, a huge shopping complex with 1,000 trees on its facade, which, due to its majestic appearance, has been compared to the famous Hanging Gardens of Babylon, one of the Seven Wonders of the Ancient World.

Consisting of a series of buildings whose design seeks to represent a hill, the famous Huangshan Mountains of China, recognized by UNESCO as a World Heritage Site, served as a model. “This is a new mixed-use development designed to appear as Two mountains covered with forests From the waterfront in Shanghai,” He said This week the design and architecture studio responsible for the project, Heatherwick Studio.

Structure included 250,000 plants that flow through the structures. It combines columns, which in addition to providing supports serve as decorative pots on which trees are planted. Inside each shaft there is a hidden irrigation system that feeds vegetation and more 70 kinds of trees About the project, says Architectural Journal seas.

The idea of ​​the so-called Hanging Gardens of Babylon in Shanghai It was developed by British designer and architect Thomas Heatherwick and took eight years to achieve. Located in a cultural district in the city center, along the Wusong River (also called Suzhou), the project occupies a total area of ​​300,000 square meters, and is planned to house restaurants, museums, galleries and a series of still intact historical elements and buildings in the center of the complex.

as mentioned Local authorities, have already begun to build the second phase, which A taller structure will be added with hanging gardens. It will open in two years as a “boutique” hotel and office building. An enclosed bridge, tunnel and drop on the ground floor will connect the two “mountains”.

“The planting strategy brings significant net gains in biodiversity to the site and helps create its own microclimate. The planting approach is wild and natural to reduce the need for pruning and maintenance, and Promote biodiversity and natural change. Heatherwick Studio says the trees are locally sourced and mostly evergreen to act as a filter against pollution during the winter.”