No choice but to spend New Year’s Eve in Cuba 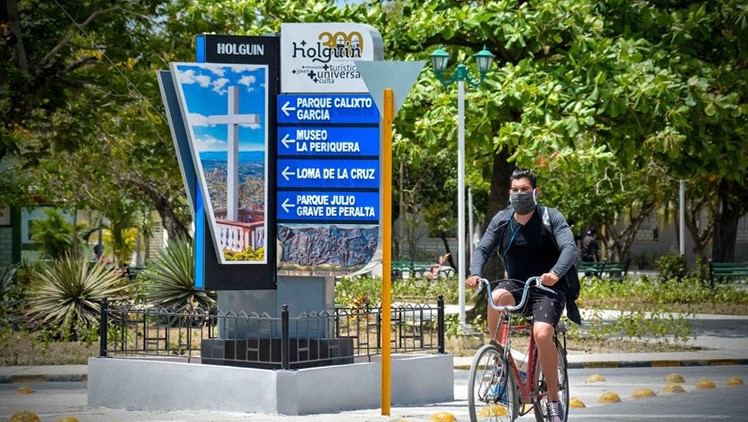 the The Nicaraguan government’s decision to establish a “free visa” for Cubans “Ring on the finger” has come to Thousands have been waiting for the flights to open for months To the countries of Latin America Begin the Immigration Path to the United States. The closer to Mexico the first stop along the way, the better.

“I was somewhat reluctant to pass the Darien River (the jungle between Colombia and Panama), where so many Cubans died. Things are different for Nicaragua. It’s still risky, but it’s lower, and it costs less to play,” says Yessel, a Holguin resident in Mayari.

“I am 23 years old and I can’t keep wasting time here in this countryLike it happened to my father. This is getting worse, you have to go fast, before the existing new strain (of the Covid-19 virus) spoils the thing. I wish I had time, I should just sell some clothes, a bike and a watch, so I wouldn’t be too weak in terms of money, and the rest on the way was lent to me by a friend who lives in Texas,” he adds.

Ángel, another Holguin, has even more difficulty Depends on selling your home. “I put it up for sale over a month ago and have already received offers, but it’s way less than I’m asking,” he explains. “People want to get deals now because they know everyone is in a hurry to leaveThey fear that Nicaragua will change its mind with the defeat. But if I go down too much, I find myself charged with money on the road and get stuck.”

Ricardo had more luck, he just had Motorina sale to buy ticket. “My brother will pay me the rest from the US. He helps me with everything here, but it’s so bad that he doesn’t even show the money you need. Sometimes you can give what you want and you can’t find things.”

“Gotta get out of this shit Because you start thinking about the situation and end up throwing yourself into the street, and there the run gets complicated. They crush you and you end up trancao. My brother knows me, he knows my head is getting hot, and that’s why he wants me to go with him Until this storm passes one day, and Cuba becomes normal. We hope it will come because it is not easy to live here.”

Since the announcement, on November 22, from Free visa for travel to Nicaragua from CubaMany Cubans have expressed their opinion on social networks and in the independent media It was certainly an agreement between the Cuban government and its Nicaraguan partner. The goal will not be to help our immigrants, because It is not uncommon for the communist government in Havana to take care of its citizens or take care of them once they leave the country with immigration plans.

Opinions vary, but most point to it, Or the government wants to avoid uncomfortable headlines about the deaths and upheavals of Cuban immigrants On Colombian territory, especially in the Dangerous Forest of Darien, or agreed with Managua on an exit valve. With that, get Reducing pressure inside the island, where discontent has already sparked unprecedented protests last July. And at the end of the day, The government of Nicaragua knows that Cubans do not want to stay on their land, otherwise Connect in the United States.