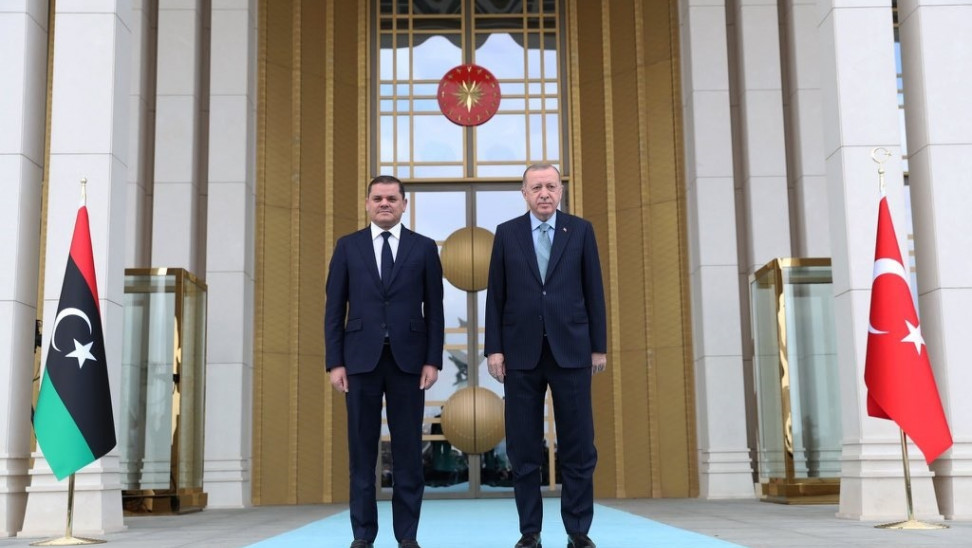 During the past two years, the “demarcation of maritime jurisdiction boundaries” and the “security and military cooperation” agreements that Turkey signed with the Libyan Government of National Accord and approved by the Turkish Grand National Assembly in December 2019, have not been discussed in the Libyan Parliament.

This was stated by the delegation of the Libyan House of Representatives during its meeting, Wednesday, with members of the Foreign Affairs Committee of the Turkish Grand National Assembly, within the framework of its visit to Ankara.

Following this briefing, the Turkish website sozcu, referring to the topic, wrote in its title: “Amazing statement from the Libyan delegation to the Turkish Grand National Assembly.”

She continued her article by noting that the Deputy Speaker of the Libyan House of Representatives, Fawzi Al-Nuwari, and his accompanying delegation met with members of the Foreign Affairs Committee of the Turkish Grand National Assembly headed by Akef Tsaghati.

The meeting referred to the “Memorandum of Understanding on Demarcation of Maritime Jurisdiction” signed between Turkey and Libya and the “Security and Military Cooperation” agreement, which sets the framework for Turkish military support to the Libyan Government of National Accord.

χη the chemistry of Ankara on the map

Members of the Libyan House of Representatives said in a statement that the “delineation of maritime jurisdiction” and “security and military cooperation” agreements, approved by the Turkish Grand National Assembly in December 2019, were not on their agenda. It was approved by the Libyan Parliament.

It was not ratified by the Libyan Parliament

“The agreement on demarcating maritime jurisdiction is not a problem for Libya, only its timing is problematic,” said Fawzi Al-Nuiri, the deputy speaker of the Libyan parliament.

Al-Nuiri pointed out that “there is opposition within Libya to the security and military cooperation agreement, and that reconciliation is necessary for its ratification.”

According to Al-Nuiri, the agreements will be ratified by Libya in the coming period.

Other Libyan members of the delegation also stated that the two agreements were never brought to the Libyan parliament, were neither discussed nor ratified.

Yousef Al-Ajouri, head of the Committee on Foreign Affairs and International Cooperation, one of the delegation members, said:

“As parliament, we have never seen the two agreements. They did not come before us. We could not amend them. They signed unilaterally with Turkey. But we are the only parliament in Libya. Our opinion should have been taken,” he said.

The opposition Republican People’s Party MP, Eskisehir Utku Tsakiruzer, a member of the Foreign Affairs Committee of the Turkish Grand National Assembly, said he was “deeply concerned” and saddened by the Libyan delegation’s statements.

Shakiruzer made the following observations:

* While discussing these agreements in the Turkish Grand National Assembly, we endorsed and approved the Maritime Jurisdiction Delimitation Agreement, which is in line with the interests of our country.

* But we opposed the military agreement that would make Turkey a part of this conflict.

And then, as representatives of the CHP, both in the committee and in the General Assembly, we warned that supporting one side in a military conflict could have consequences against us. Today, it becomes clear how right we were in our fears.

* The words of the Libyan deputies are very serious, very sad and worrying. The Maritime Judiciary Agreement (EEZ), which we also support, and the other military agreement, have not been on the Libyan parliament’s agenda for two years.

* There is not even parliamentary approval. We need to learn from this now. From now on, Turkey must rapidly develop a non-partisan and inclusive dialogue with Libya, and in particular ensure that the Libyan Parliament ratifies the Maritime Jurisdiction Delimitation Agreement as soon as possible.

Follow Skai.gr on Google News
And be the first to know all the news