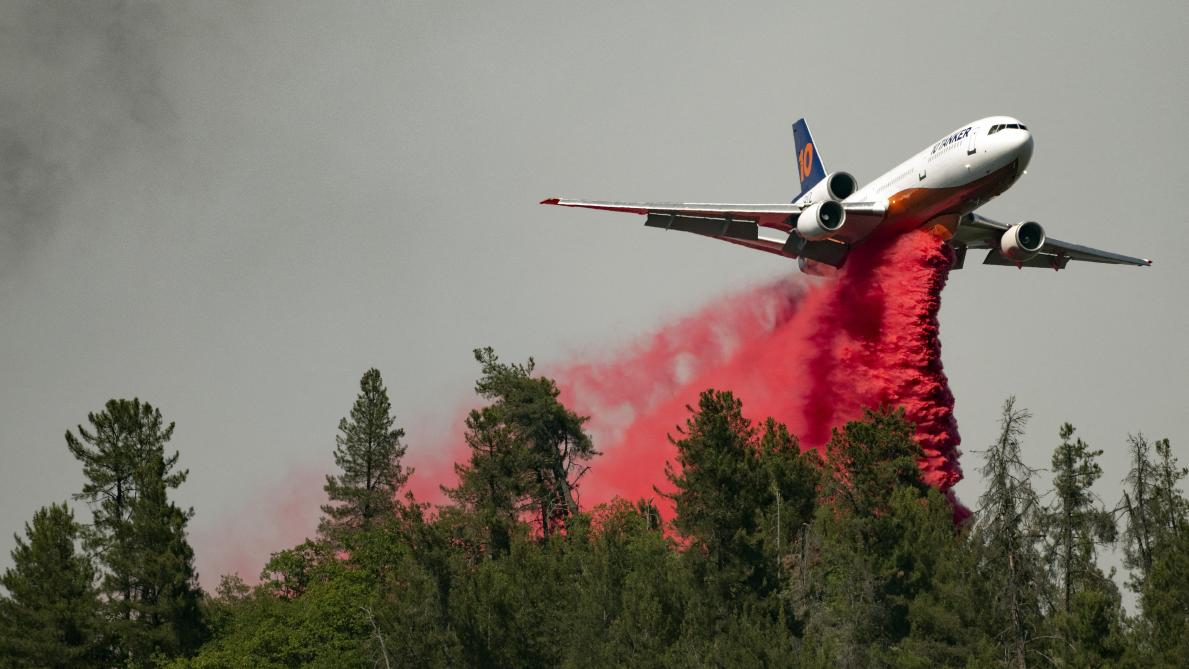 TheThe Canadian military stood ready to provide assistance, including air aid, in fighting the fires that continued to erupt in British Columbia on Saturday, after an unprecedented and deadly heat wave in the country’s west and the United States.

About 174 fires broke out in the Canadian province on Saturday, 78 of them in the past two days, according to the British Columbia Fire Department. She notes that 70% of these fires may be due to heat lightning.

This western county, with a temperate and typically humid climate, saw the thermometer a week ago. At least 719 people have died there since the start of this heat wave, three times more than normal, according to local health authorities.

Across the border, the northwestern United States has also found itself under this “heat dome,” a rare weather phenomenon exacerbated, according to experts, by global warming.

The small community of Lytton, 250 kilometers northeast of Vancouver, has become a symbol of this crisis: after breaking the historic temperature record in Canada, with 49.6 degrees Celsius, it was engulfed in flames that engulfed 90% of its land. Its 250 residents had to leave very quickly, on Wednesday night, and some of them didn’t have time to take anything, one of them, Gordon Murray, told CBC on Saturday.

Gordon Murray was not too concerned as there had been smoke in the area for several days. But the situation changed when he noticed his neighbors were trying to put out small stoves in his backyard with a garden hose.

“That’s when we realized it was dangerous and when the force stopped working, we realized we had no choice and that we had to go. We took our wallets and jumped in the car,” he recalls, saying he had to cross town through flames and burning houses.

Another resident, Jeff Chapman, previously told CBC he watched helplessly as his parents died in the disaster when an utility pole fell on their shelter.

A Litton Aboriginal official, Matt Pascoe, head of the Nlaka’pamux Nation Tribal Council, criticized authorities in the county for accusing them, according to local media, of ignoring the needs of his community. Aboriginal authorities have had to try to save lives with little or no help from the provincial government, says Pascoe, who says he sees this as a sign of how provincial authorities are dealing with indigenous peoples.

The mercury began descending on the coast, but the heat wave spread inland from Canada to Ontario, and many areas remained on alert Saturday for heat waves or severe thunderstorms.

After Prime Minister Justin Trudeau met several of his ministers on Friday, Ottawa announced the opening of an operations center in Edmonton, western Canada, where 350 soldiers will be on standby to provide logistical assistance. In particular, the Canadian Forces must provide air assistance to transport firefighters or evacuate residents.

Evacuation orders or evacuation alerts warning residents to prepare to leave have been issued to several communities in British Columbia.

In recent days, the situation has been aggravated by the emergence of a rare phenomenon: pyrocumulus, storm clouds that form over sources of intense heat. Since these in turn generate lightning, they facilitate the creation of other coppers.

Thunderstorms that formed over the provinces of British Columbia and Alberta generated more than 700,000 lightning strikes between Wednesday and Thursday, according to the Finnish company Vaisala, which specializes in environmental measures.

Lightning was also recorded Friday in California, where wildfires devoured more than 15,000 hectares, including a tourist area that was preparing to receive many visitors for the long weekend of National Day on July 4.