Biden on Afghanistan: ‘I strongly support my decision’ 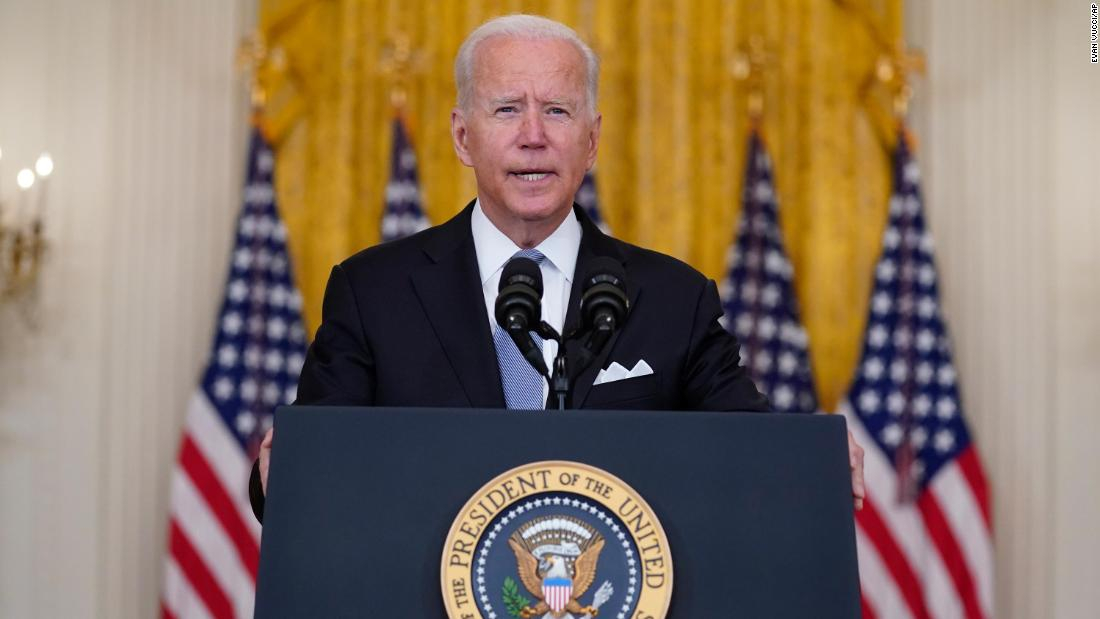 US resumes operations at Kabul airport, although intermittent suspension expected

A US defense official told CNN that US military evacuation flights have resumed at Kabul airport for now. Flights were suspended due to crowds of Afghans on the runway.

People have been evicted, but the military plans to continue sporadic evictions if crowds continue to gather.

The suspension and appeal came amid news of chaos at the airport, as the United States relocated all of its embassy staff. Some Afghans seem to have pounced on the departing planes, making frantic attempts to board and then hold onto the planes as they take off. Gunfire was also heard throughout the airport. CNN has not been able to independently confirm these reports, but the military is mobilizing to clear and secure the runways.

The US defense official told CNN that the suspension would be in effect “while we make sure the airport is safe.”

The unrest at the airport highlights the chaos and confusion of the United States’ sudden departure from Afghanistan. Amid reports of airport disturbances and the sudden US decision to quickly send an additional 1,000 troops to Kabul, the top US military commander in the Middle East met with Taliban officials to stress that America’s only mission is to safely evacuate people. Officials in the Biden administration continued to insist that the United States had the ability to stabilize the situation.

The appearance of people seeking to evacuate led to the suspension of operations at Kabul airport. (Image source: AFP via Getty Images)

“I think they’ve come a long way in that direction since some of those pictures were released,” Wiener said of the airport chaos.

“More troops are coming in today and tomorrow, and we think we have what it takes to allow these flights to continue as quickly as possible,” Wiener said.

A defense official said General Frank McKenzie, commander of US Central Command (Centcom), met with Taliban leaders in Doha, Qatar on Sunday to stress that the only mission of the US is to get people out safely.

Viner said the United States had also issued a warning made clear to the Taliban “in no uncertain terms” not to interfere with Afghans trying to reach Kabul airport for a possible evacuation. But Wiener also added that these Afghans must wait until they are told it is time to evacuate before they go to the airport.

“We tell people, in a structured way, when their flight is going,” Wiener said. “And again, this wouldn’t be a pitched battle. It couldn’t be, for security reasons… when people’s flights are scheduled, we ask them to show up at the airport to board those flights. It’s not just who arrives at the airport by chance.”

On Sunday, a defense official told CNN that the United States on Monday flew about 500 employees from its embassy in Afghanistan, leaving another 3,500 employees – US citizens and Afghans – waiting to be evacuated at the airport.

With the Biden administration prioritizing the evacuation of American personnel from the country, they have reduced the number of government-sponsored evacuation flights for Afghans working alongside the United States for now, three sources familiar with the United States told CNN on Sunday. .

Late Sunday, the Defense Ministry and the State Department announced that US forces are taking control of air traffic at Kabul airport. The joint statement also confirmed that the United States will expand the troop presence at Kabul Airport to approximately 6,000 personnel over the next 48 hours as part of “a series of measures to secure Hamid Karzai International Airport to allow the safe departure of the United States and Afghanistan. – Allied personnel via civilian and military flights.” .

“Tomorrow and in the coming days, we will be moving out of the country thousands of US citizens who have resided in Afghanistan, as well as locally recruited staff from the US mission in Kabul, their families, and other Afghan nationals who are particularly vulnerable,” a US joint statement said.

“We will expedite the evacuation of thousands of Afghans eligible for special immigrant visas from the United States, nearly 2,000 of whom have already arrived in the United States in the past two weeks,” the statement said. “For all categories, Afghans who have cleared security will continue to be transferred directly to the United States. We will find additional sites for those not yet screened.”

A defense official told CNN that the 6,000 US troops assigned to security duties in Kabul will now be tasked with securing the entire perimeter of the airport. The official said that atmospheric sensors could also be used to ensure ocean security. The official said the concern was not just about the hundreds of Afghans rushing to the airport to try to get the flights out, but about the possibility of attacks by the Taliban.

The official said that the continuation of the evacuation flights should take place in a safe environment. The official said the original evacuation plan, which called for 3,000 troops, was essentially a basic security plan that provided a safe environment. With damage to the city and airport, the Pentagon was forced to double that number to 6000 when the security situation worsened.

The official said US forces could end up staying “as long as it takes” to remove the Americans and Afghans, but the way forward remains uncertain.