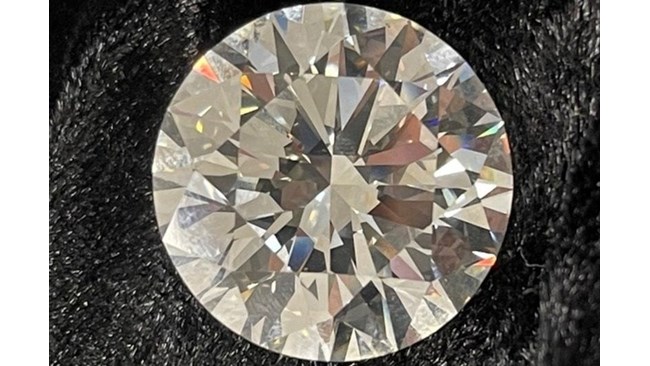 While sorting garbage in the house, a woman found a diamond. Thegoaspotlight.com reported that one expert estimated the cost at $2.7 million.

The BBC reported that the 34-carat gem will be auctioned in London. A Northumberland resident was cleaning her house when she came across a shiny round stone the size of a coin. I confused him with a simple piece of jewelry and almost got rid of the find. But on the advice of a neighbor, the woman, who chose to remain anonymous, decided to take the “thing” to the jeweler along with other things that had accumulated during the years of wandering in flea markets.

“A woman came to us with a bag of jewelry, worked in town, and decided to stop by,” recalls Mark Lane, an employee of Fittonbee Auctions. “It was a rather large stone, larger than a pound of a coin, at first I thought it was cubic zirconia, the twin of synthetic diamonds. We sent it to our partners in London, after which it was certified by experts in Antwerp, who confirmed it was a 34-carat diamond. “.

The carat measurement is related to the weight of the stone: heavier diamonds have a higher value.

Auctioneer Mark Lane says the gemstone’s evaluation came as a shock to him. According to him, this is the most expensive diamond that he holds in his hands. “The colour, the clarity and the size…to find a 34-carat diamond is unusual,” Nova TV quoted him as saying.

According to the expert, the diamond owner does not remember where this stone comes from. “She often went to flea markets and bought all kinds of trash,” Mark Lane said. “She never thought it could be so dire.” The gem will be auctioned on November 30 in London.