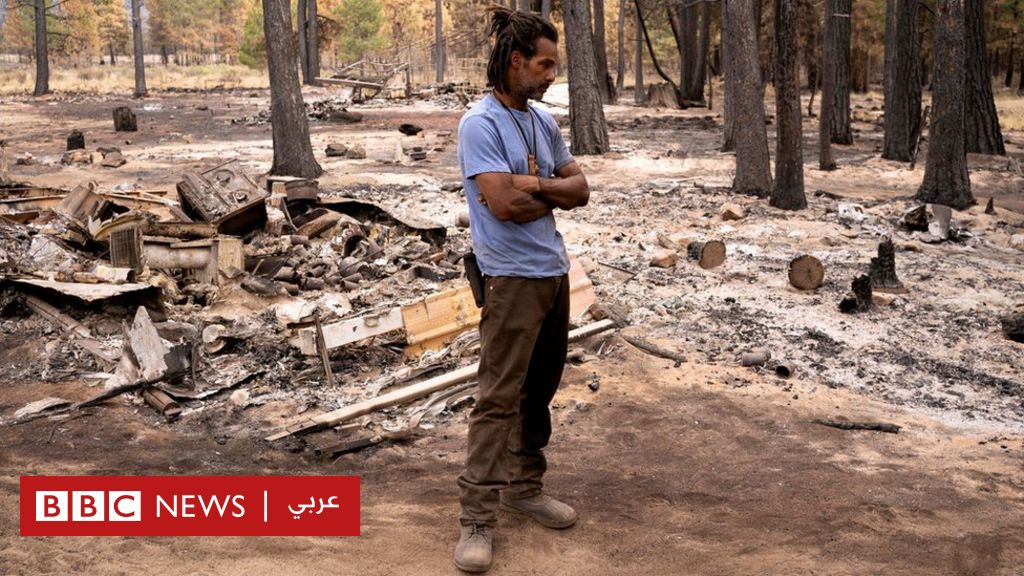 The largest active wildfire in the country has erupted in the US state of Oregon, consuming more than 300,000 acres, forcing the evacuation of thousands of residents.

More than 2,000 firefighters are battling the so-called Bootleg Fire, one of the largest in Oregon’s history.

An area larger than the city of Los Angeles has already burned since the fire broke out on July 6.

The fire is one of more than 80 major fires raging in 13 US states, caused by heat waves and strong winds.

The Bootleigh fire, named after nearby Bootleigh Springs, forced at least 2,000 rural residents to flee their homes. At least 160 homes and buildings have been destroyed so far.

The authorities said they were able to control a quarter of the perimeter of the fire.

“The weather is really against us. It’s going to be hot and dry and the air is unstable, which helps the heat to rise faster,” Chief Operations Officer John Flanigan told US media on Sunday.

The fire, which burned 300 miles southeast of Portland, destroyed more than 160 buildings and threatens thousands more.

Two evacuation centers have been set up in several cities, including Klamath Falls and Redmond.

The weather forecast this week is unlikely to help efforts to control the fire. Temperatures are expected to be between 10 and 15 degrees Fahrenheit above normal, and there is also a drought.

Bushfires have already ravaged more than 1.2 million acres of the country this year, particularly in western states, according to the National Fire Center.

The center has registered more than 4,000 fires so far in 2021, nearly double the total fires last year.

Authorities have linked one of the state’s recent fires, known as the Dixie Fire, to utility company PG&E, which was blamed for its power lines for starting the 2018 Camp Fire, the deadliest fire in California’s history.

The wave of fires marked a more severe than usual start to the wildfire season in the western United States, coinciding with record-breaking heat waves in recent weeks.

Experts told the BBC that because of the multi-year drought, there was the potential for an unprecedented and “extremely high” wildfire season in North America in 2021.

Several scientists say climate change is increasing the risks of hot, dry weather that has the potential to fuel wildfires.

The world has already warmed by about 1.2°C since the industrial age began, and temperatures will continue to rise unless governments around the world take action to sharply reduce emissions.