Wildfires in Turkey, Greece and California: a permanent state of emergency 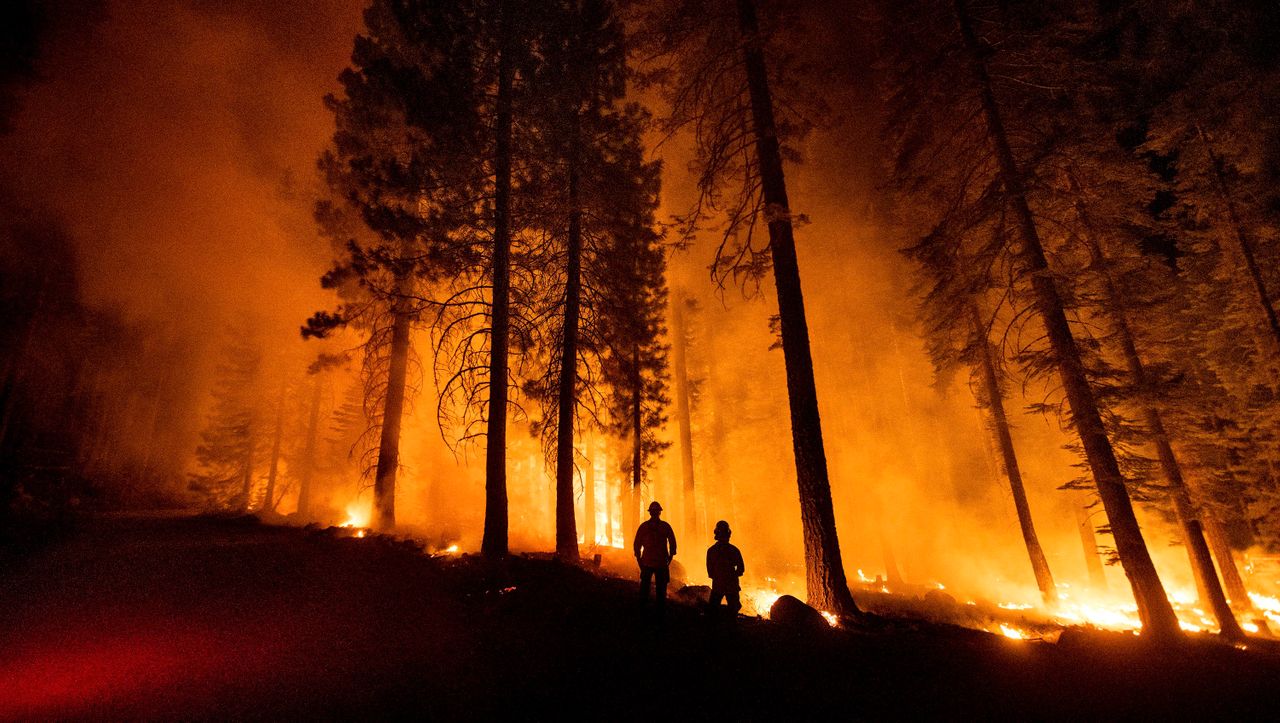 While heavy rains and floods in Germany in July devastated entire towns in North Rhine-Westphalia and Rhineland-Palatinate, destroying human lives and homes, the following severe weather disasters were already looming elsewhere. The consequences are now being felt and making headlines around the world. Violent fires raged in southeastern Europe, Greece, and Turkey, as well as in the western United States, and became a danger to entire regions.

Fires on the Evia peninsula about 160 kilometers north of Athens

in a Greece The situation is currently at its peak, especially near Athens. Several fires were fanned by strong westerly winds on Friday night, several villages in northern Athens had already been evacuated and explosions occurred. The fire brigade reported that there were about 90 new forest fires nationwide in Greece in 24 hours. Many people came to hospitals with respiratory problems.

Smoke blows from fires in Turkey on August 3, 2021

Neighboring country Turkey Friday is battling for the 10th consecutive day against the worst bushfires in years. The southern and western Turkish coastal regions of Antalya, Marmaris, Bodrum and Milas are particularly affected. In Milas, many previously evacuated neighborhoods were engulfed by flames. At least eight people have already died in Turkey due to the fires. Criticism of the government is increasing.

Several fires are also raging in the United States. in a Northern California The Dixie fire kept people on their toes for weeks. Historic downtown Greenville was destroyed Thursday night. In all, the fires have ravaged an area of ​​approximately 1,400 square kilometers so far. This corresponds to half the area of ​​Saarland and about twice the area of ​​Hamburg. So far there have been no deaths here.

Lots of rain in central Europe, drought in the southeast

The very different summers, with floods in Central Europe and fires in the Southeast, can be explained by the very different and extreme weather conditions. “In July 2021 there was a very large discrepancy in Europe between wet and dry conditions across the continent,” summarizes the European Copernicus Earth Observation Program put together.

In the western parts of Central Europe, rainfall has fallen well above average. This led to devastating floods in parts of Belgium, Germany, Luxembourg and the Netherlands. The data indicate that in the eastern part of the continent, mostly dry conditions prevailed. This provided “environmental conditions favorable for extensive wildfires”. This was added at the end of the month Especially strong heat wave In Southeast Europe – where Greece and Turkey are also located.

Burnt forest in southwest Turkey: A fire has been burning here for about 11 hours

Warm weather does not automatically lead to wildfires as long as it is humid at the same time. However, in the absence of rain, higher temperatures encourage the evaporation of moisture stored in the soil. Soil dries out more easily. In dry soil and in dry plants, lightning, a carelessly thrown cigarette or other spark is enough to set fire to entire areas in a short time.

Fire in a northern suburb of Athens: many fires in Greece have been rekindled by the westerly winds

Conditions like these currently provide food for fires in the United States. “For the second year in a row, drought has dried up large parts of the United States from the Rocky Mountains to the Pacific Coast,” the newspaper wrote. US space agency NASA Already at the beginning of June. Experts warned at the time of a severe drought in the west of the country and the associated severe fires. Unfortunately, they were right.

Fire season in the western United States began very early this year. The US Ocean and Weather Authority NOAA and the Environment Agency (NCEI) wrote in one of the August 5 report. In the Western Region, there have been approximately 17,000 major fires so far in 2021, burning over 10,100 square kilometers of land. This corresponds to about four times the area of ​​Saarland.

Drought monitoring in the USA: The West is deeply affected

The region includes the states of California, Nevada, Arizona, New Mexico, Utah, Idaho, Montana, Oregon, and Washington. About 99 percent of the Earth’s land area and more than 60 million people there are currently suffering from some form of drought. There is even a severe or exceptionally severe drought in 64 percent of the region – the two highest levels of the classification.

“Climate Report” is a Spiegel podcast on the state of the planet. We ask whether the ecological transition will succeed. Any political ideas and economic innovations are compelling. Each week we show the impact of the climate crisis on our planet and why we are living in the most exciting decades of this century.

In the southwest region, for example in Arizona and New Mexico, there was sometimes heavy rain last month, which counteracted the drought to some extent. However, due to the prolonged drought, the soil often still lacks water there. In other places, the situation is getting worse. “In the northern and western parts of the western region, the drought and its effects are worsening due to the frequent intense heat,” the authorities wrote. In addition to California, eastern Washington, central Oregon, Nevada, and Utah are hardest hit by the drought.

The potential relationship with climate change is discussed time and time again in relation to extreme weather conditions. Indeed, it is not easy to determine whether individual weather events would not have occurred without significant climate changes. However, it has long been expected that extreme weather conditions such as heat, drought or heavy rain will cause CO2 to rise.2Increasing the concentration in the atmosphere in general.

The World Weather Attribution project, which looks specifically at the relationship between individual weather phenomena and climate change, began in early July. for the resultThat extreme heat in western North America would have been virtually impossible without man-made climate change.