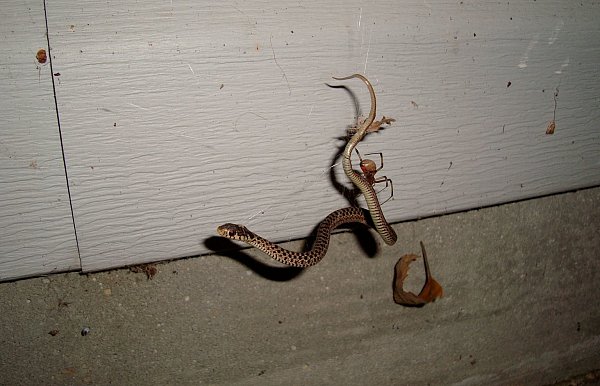 Black widows and other spiders can prey on and eat larger snakes. This is evidenced by the evaluation of 319 documented cases that appeared in the “Journal of Arachnology”.

Half of the incidents have been documented in the United States, and about a third in Australia, as spider researcher Martin Neffler of the University of Basel discovered with his colleague from the American University of Georgia, Whitfield Gibbons. In total, there are reports of about 90 species of snakes caught by about 40 species of spiders. Spiders have had great success in stalking their prey: according to the study, nearly nine out of ten snakes were killed, only 1.5 percent managed to free themselves, and others were saved by humans.

According to the study, spiders kill and eat snakes up to one meter in length, but often very small, which are newly hatched animals. The most successful snake hunter is the black widow of the globular spider family (Theridiidae). Its neurotoxin, which is specific to vertebrates, and its tear-resistant net in particular help to catch prey. Even snake venom does not deter spiders. The red-backed spider overshadows the doll cobra, which belongs to the same family as the cobra. “This false cobra is among the most venomous snakes in the world, and it’s so wonderful to witness its defeat when fighting with spiders,” says Neffler.