Von der Lein meets the Pope: good cooperation with the Holy See is based on the same values ​​- Vatican News 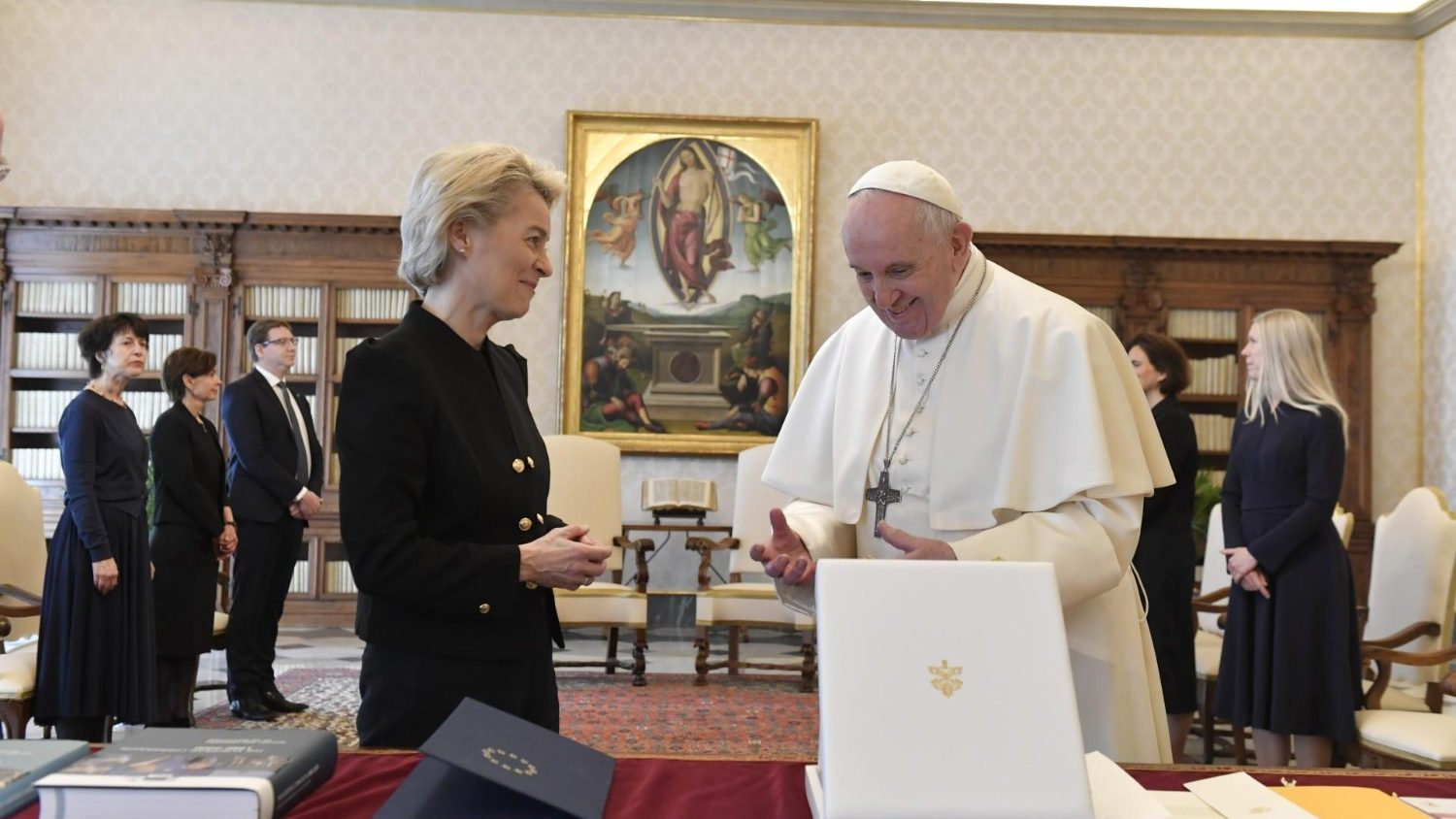 Pope Francis, President of the European Commission, met Pope Francis. In an interview with this news network, she emphasized the common goal with the Holy See, noting that “in an era of polarization, populism and nationalism, religion is committed to unity and peace. The coherent force is of great importance.”

(Vatican News NetworkPope Francis received European Commission President Ursula von der Leyen on the morning of May 22nd. During the meeting, which lasted nearly half an hour, the two sides talked about the tragic consequences of the epidemic, migration issues and the climate crisis, in addition to the recent developments in the situation in the Middle East. After his meeting with the Pope, President von der Leyen also met with Cardinal Ballin, Secretary of State of the Holy See, and Archbishop Gallagher, Secretary General of the Ministry of State of the Holy See and the Department of Relations in the Holy See.

The press room of the Holy See stated in its announcement that the Pope and President von der Leyen “spoke in friendly talks about the good bilateral relations which were further developed through the dialogue that took place between the two sides, and the fiftieth anniversary of the founding. Diplomatic relations between the Holy See and the European Union memorial activities that were made.” take place “. The two parties discussed “within the framework of the recently launched vision for the European Future Conference, in detail the issues of human nature and social development on the European continent”; After that, “the two sides also faced many issues of common concern, such as the social consequences of the epidemic, migration, climate change and recent developments in the Middle East.”

While exchanging gifts, President von der Leyen gave the Pope a copy of the 1950 Schumann Declaration and a set of European Union history divided into two volumes. The gift that the Pope gave to the guests was his Apostolic Document, in addition to the proclamation of the World Day of Peace and the “Document of Human Fraternity” signed in Abu Dhabi in 2019. The Pope also gave a bronze medal to the leader von der Leyen inscribed with the words of the Prophet Isaiah: “The wilderness becomes a grove” (32 :15th).

“The relationship between the Holy See and the European Union is excellent. Over the past 50 years, we have seen that we are on the same wavelength. Good cooperation is based on basically the same values: striving to promote peace, solidarity and human dignity. We care about globalization. The topic follows the Vatican closely, and this topic is close.” Very from our hearts. We are grateful for the interest in future conferences in Europe. These few factors showed the positiveness and depth of our relationship. “

Europe has Christian roots: in addition to Catholics, Protestants and Orthodox Christians, believers from other religions follow, all of whom are European citizens. What role could religion, and especially Christianity, play in Europe today? President von Dylan said:

Finally, she said: “The Christian faith and the values ​​it upholds play an important role in our daily life issues. In addition, in an era of polarization, populism, and nationalism, religion is committed to unity and peace. Cohesion is of great importance. The unity element can give strength to face daily life, especially the promise made. Expect it. “