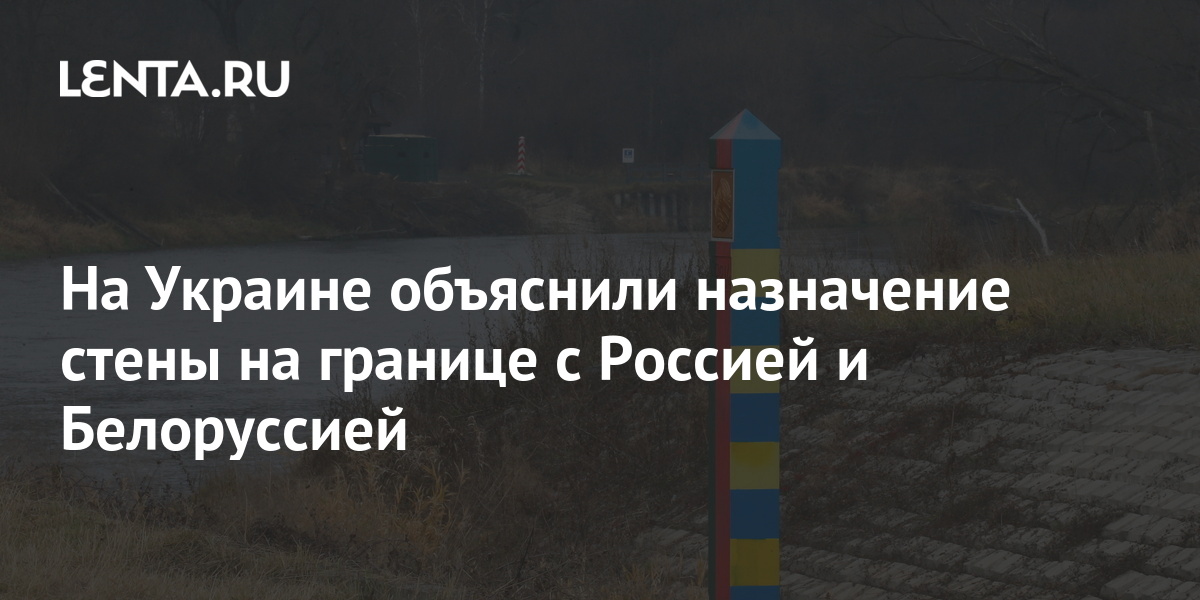 The wall that Ukraine has promised to build along the borders with Russia and Belarus is part of a corruption scheme. about this in Broadcasting Channel “Belarus 1” said Deputy Verkhovna Rada Ilya Kiva.

According to the deputy, the sole purpose of erecting the border fence is to wash the state
Money. “The fence is being built, barbed wire is stretched, anti-tank trenches are dug. I want to reassure you – this is how the new Minister of the Interior is trying to steal money from the budget. A very convenient design to hide the budget,” Kiva explained.

He noted that former Prime Minister of Ukraine Arseniy Yatsenyuk had already built one wall. According to the people’s choice, the ex-prime minister stole about four billion hryvnia in this case. “This design was adopted by the new Minister of the Interior, who understood the effectiveness of the opportunity to fill his pockets,” Kiva concluded.

The Ukrainian authorities promise to build a “wall” along the entire border with Russia and Belarus seem October 2021. On October 1, Minister of the Interior Denis Monastirsky inspected the equipped part of the border with the Russian Federation in the Luhansk region. A complex of protective engineering structures was erected there, which includes an anti-vehicle trench and fence, control strip and track, barbed wire fencing, and an intelligent video surveillance system.

See also  Najla Boden: Who is the prime minister-designate in Tunisia?