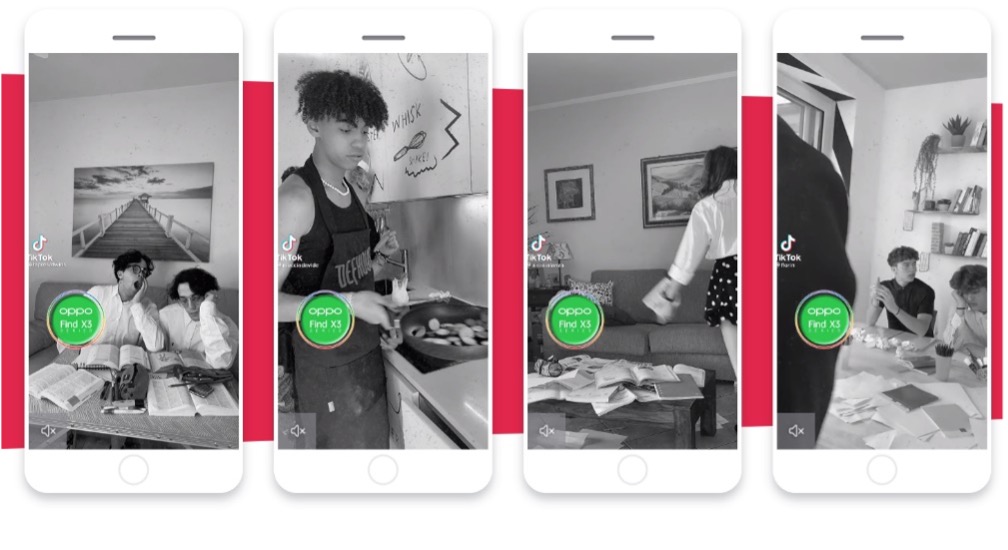 To create content that brings engagement, you need originality, creativity, and joy. This is the only way to count on an engaged and attentive community

Originality, creativity and joy are the essential elements for a brand that wants to be successful on TikTok. This is confirmed by research conducted by flamingo group Which shows how entertainment is central to the experience on the platform and how this can affect the perception of brands and advertising. 48% of users think TikTok is cheerful and 41% say it inspires happiness: a feeling so contagious that 78% say they have more positive emotions after watching content on TikTok. Thus, entertainment is the main factor for 1 billion users around the world who enter social networks every month in search of entertainment (77% of users are over 25 years old; 35% of users are older than 35) and thanks to this approach they also perceive brands in another way. The survey found, in fact, that 56% of users improved brand perception after viewing content on TikTok. Not only that, but advertising revenue is implemented: search I Cpg MMx D Tik Tok E Nielsen It indicates that in paid advertising, the social network generates 30% higher revenue than the average digital channel. “Businesses have realized that our audience is heterogeneous and that our platform has an impact on business outcomes. Creativity and originality are the key defining factors for TikTok,” says Adriano Accardo, Managing Director, Global Business Solutions, Southern Europe at TikTok. So users associate advertising on TikTok with more authenticity. Fun, Creativity, Inspiration and Engagement, Commercials with these characteristics can get more interaction.There are many successful cases, here are some examples.

The desire to work with TikTok was born to increase the popularity of his groups and attract new followers on his TikTok profile. To generate new brand conversations and increase engagement, Moncler launched the Branded Hashtag Challenge to reach levels of viral coverage. Harnessing the power of the rapper’s “Bubble” song Tweet embed (More than 314,000 followers), Moncler launched the #MonclerBubbleUp challenge, asking, “How did you get into your bubble?” So users had to respond with their creative look inspired by the encapsulated shapes and the XXL attitude of the Moncler range. The campaign gave the community the opportunity to unleash their creativity and shape extraordinary content. The idea was to create looks using home items like quilts and pillows before moving on to the Moncler jacket, which serves as a digital platform for Moncler’s bolder styles. The brand has teamed up with popular content creators from the UK and US to start the challenge, with Charlie D’Amelio (112 million followers) H Bella Burke (over 56 million followers) They provided excellent inspiration. The challenge exceeded standards, exceeded expectations and arrived new 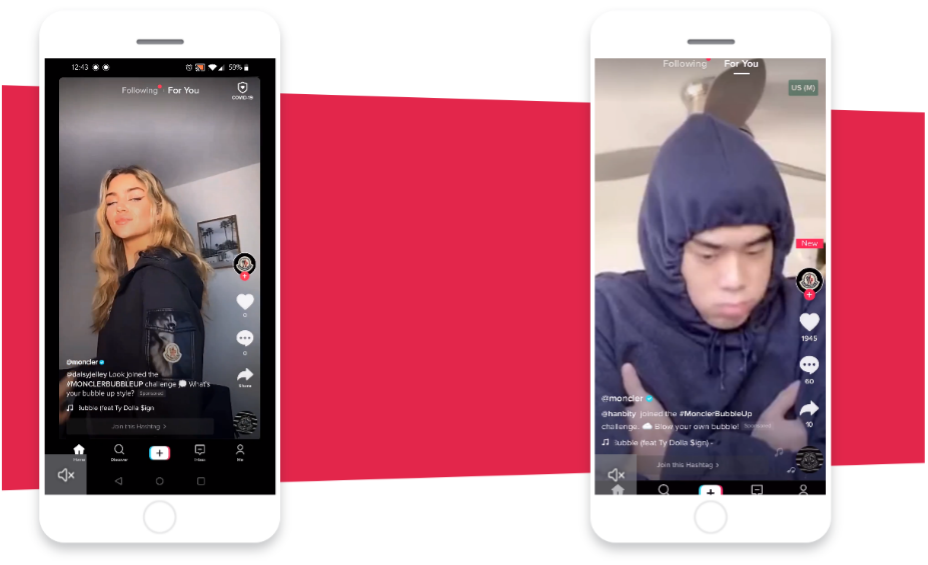 Try all over the world. The challenge garnered seven billion video views, which shows how widespread and far-reaching this campaign is. More than 2.6 million videos were created: the end result was 170,000 new followers for the Moncler brand profile.

to launch a new smartphone, OPPO Italy Launched the #RiscopriIlColor Hashtag Challenge #. The challenge was based on the influence of the brand and the goal was to “rediscover color” through the power of the phone’s new camera. To increase the authenticity of the campaign, Oppo Italia worked with the TikTok Creators to produce a series of stunning videos that show exactly how the challenge works. With a simple touch of the Oppo Find X3 series’ effect-displayed button, an array of colors transformed the screen from monochrome to a full-fledged flip – and in several videos, motion on the screen turned the screen from dull to brilliant. To reach the largest number of users and secure new fans, Oppo Italia also launched a series of In-Feed ads which promoted the challenge by appearing on the TikTok users page while browsing their personal feeds. The Oppo #RiscopriIlColore Hashtag Challenge, which ran for one week between May 6-17, 2021, attracted more than 24 million people and more than 180,000 videos were created by users during the campaign, with 277 million views of the Hashtag Challenge video.

Barilla He aims to impress by launching his new account on TikTok, launching a captivating and engaging campaign. Creator @jimmyrules32 posted a mysterious video one day calling tik tok To eat a plate of rigatoni on May 24, 2021 to the tune of the 70’s and 80’s “Funky Town”. When the video went viral, many users joined in and started posting video reminders with the hashtag #eatabowlofRigatoniPastaonMay242021 to the sound of “Funky Town”. Barilla took the opportunity to join the already existing TikTok trend, creating “Funky Rigatoni,” a revisited soundtrack for “Funky Town” created specifically to celebrate #RigatoniDay on May 24. 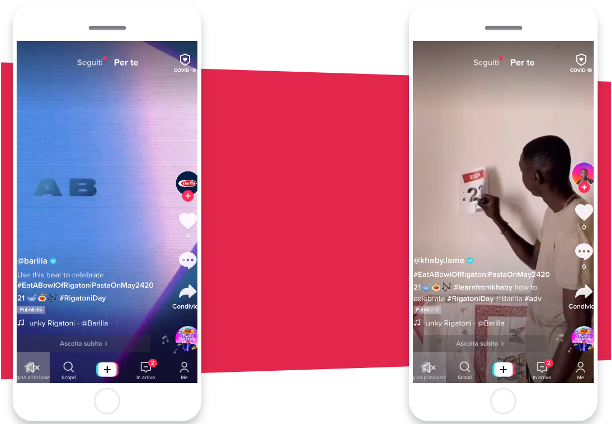 The brand launched a soundtrack using two In-Feed Ads where Funky Rigatoni told the world about Barilla’s arrival on TikTok. For the occasion, the brand has teamed up with one of the most successful TikTok creators, @Keep.Lame, to create fun content that proposes the famous countdown to Rigatoni Day. Users were able to participate in Rigatoni Day by creating fun and interesting content using Barilla’s Funky Rigatoni music. The “Funky Rigatoni” campaign hit the target: the ads generated a high engagement rate with 8900 videos created with the “Funky Rigatoni” soundtrack, resulting in over 27 million views and 2 million interactions.

LOréal wanted to create greater awareness about L’Oréal Elvive’s Dream Long Shampoo by drawing on the creativity of the TikTok community. 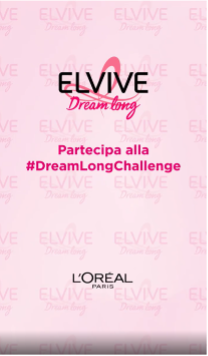 To get it, launch the Hashtag Branded Challenge. The #DreamLongChallenge was a call to creativity by making users’ hair heroes, to show off a dancing step. In addition to the participation of one of the community’s most appreciated creators – whose poetry has flowed into choreography as an extension of her energy – the brand backed the campaign by activating a TopView and a series of In-Feed ads. to increase exposure. Community enthusiasm has resulted in over 523 million video views and 161,000 user creations. Moreover, the participation rate was 14%.