Thousands of people demonstrated in Istanbul against the deteriorating economic conditions 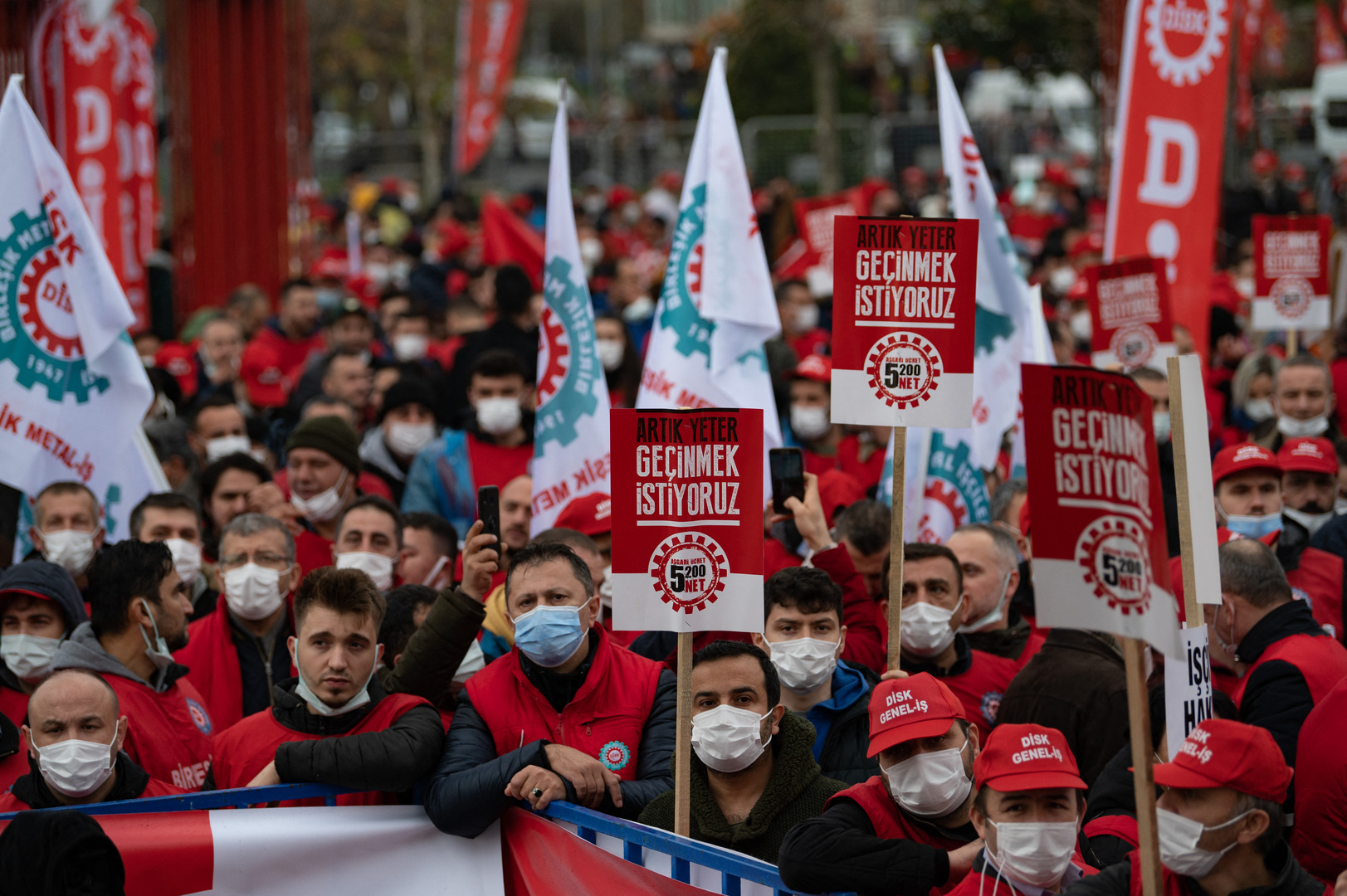 Demonstration in Istanbul to protest the deteriorating economic conditions.

Thousands of people demonstrated on Sunday in Istanbul against inflation and declining purchasing power, in the first large gathering against the backdrop of weeks of turmoil in the Turkish economy.

More than 5,000 demonstrators gathered at the call of the main unions and in protest against the deterioration of the value of the Turkish lira and the rate of inflation.

“We are getting poorer every day, but everything is fine according to the gentlemen who run the country. We say that we can no longer provide for our needs, the National Statistics Office claims that Inflation is only 21%… Don’t underestimate the intelligence of the working class.”

“We no longer have the means to take care of our homes properly… We can no longer manage,” said Sibel Celik, an employee at an auto parts factory, who took part in the demonstration.

The inflation rate, according to official figures, reached 21.31% on an annual basis during November in Turkey.

However, the opposition and observers question the veracity of the official figures, accusing the National Bureau of Statistics of underestimating inflation. The real inflation rate may be more than 58 percent, according to a study conducted by the Inflation Research Group, which is composed of independent economists.

See also  An unexpected return for Donald Trump, who has cut short his vacation in Florida

What contributed to the exacerbation of this scene was the depreciation of the Turkish lira by more than 45% against the dollar since the beginning of the year, nearly 30% of it since the end of October.