More than 40,000 new cases of Covid-19 in 3 days, the Indonesian health system is under great pressure 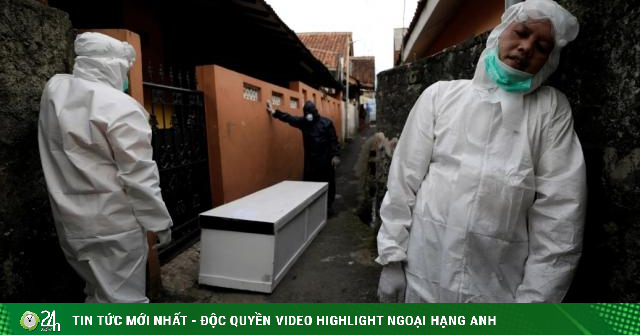 Indonesia recorded the number of new Covid-19 cases in a single day, surpassing India and Brazil as a delta boom swept through Southeast Asia, putting enormous strain on the health system.

Volunteers take a rest before bringing the coffin of the deceased COVID-19 Buried in Indonesia. Photo: Reuters

According to the Guardian, Indonesia had nearly 52,000 new Covid-19 cases on July 17, higher than India and Brazil – the world’s two Covid-19 hotspots – for the third day in a row. The Southeast Asian country also recorded more than 1,000 deaths on July 17, bringing the total number of deaths from the disease in the country to more than 72,400 people.

If this situation continues, the health system in Indonesia will quickly collapse, according to Dr. Adeeb Al-Khamidi, head of the epidemiological response team at the Indonesian Medical Association (IDI).

IDI’s epidemiological response team also called on the government to further expand the blockade on the islands of Java and Bali due to the sudden increase in the number of new Covid-19 cases per day.

“Based on the data we have, some hospitals are still overwhelmed. Therefore, we expect restrictions and lockdown measures to be extended further,” said Mr. Adeeb. “We have also received a lot of information that the number of cases is starting to increase in areas outside Java and Bali. Therefore, we still need to expand the distancing orders to other potential risk areas and the spread of the epidemic.”

At least 114 health workers died of Covid-19 between July 1 and July 17 – twice the number for the entire month of June, according to the Institute for International Development’s Epidemiological Control Team. Since the beginning of the epidemic, Indonesia has 545 health workers who have “gone forever”.

IDI’s Epidemic Suppression Team also proposed a number of other measures to limit the spread of the disease, such as increasing the number of field hospitals and encouraging F0 to develop mild or no symptoms on their own. Quarantine at home After consulting the medical staff.

To solve the shortage of medical oxygen supply, Indonesia purchased a medical oxygen concentrator from Singapore. The Southeast Asian country also receives aid from several countries, including Singapore and Australia.

Indonesia’s Deputy Health Minister, Dante Saxono Harbuono, announced to the press on July 17 that Indonesia will import medicines from China, India and Switzerland to ensure the country’s supply of needed medicines. Patient COVID-19.

On July 17, the Indonesian minister responsible for overseeing the emergency restrictions, Luhut Pandjaitan, said the government would decide whether to extend or ease the restrictions in the next two days. 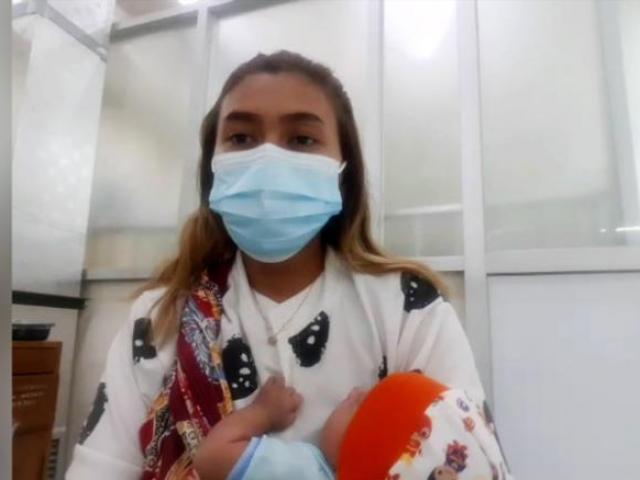 The last time Aris Suhariyanto saw his wife was from a hospital window. He did not have the opportunity to meet his newborn son.