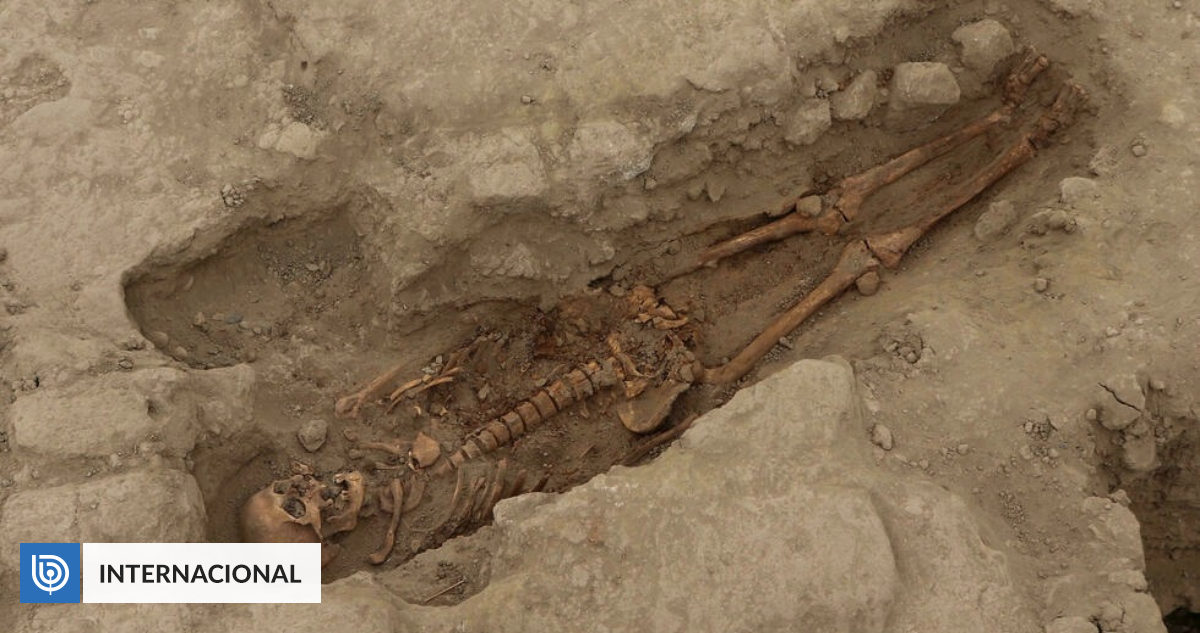 remains of 29 people, Among them are three children, buried more than a thousand years ago, discovered by a team of archaeologists in Peru.

“They are complete bodies, there is only one incomplete. In total we have discovered 29 ‘corpses’, 25 of which belong to the Mochika era and four to the Wari culture,” he said. trade Head of the research team, Edgar Bracamonte.

The discovery was made a few weeks ago in Huaca Santa Rosa de Pucalá, an ancient ceremonial center in the coastal region of Lambayeque, 750 km north of Lima.

According to the investigators, it was possible to build a container in the shape of the letter “D”. between 800 to 900 m

Bracamonte said the burials of the three children and a teenager were placed as human sacrifices in front of the temple.

Others have been found 25 burials in pressed mud tombs And in the burial chambers, in another temple of the Mochica culture.

In addition, pieces of pottery and the remains of camels and guinea pigs were found.

This is an important find, Bracamonte said, because for the first time shows related to the Wari culture appear far from its sphere of influence.

“These results allow us to rethink the history of the Lambayeque region, In particular, Bracamonte, who runs the Lambayeque Valley Archaeological Project, explained what is connected to the occupation of Warri and Mochica in the area.

The Warri culture was a civilization that flourished in the middle of the Peruvian Andes. From the seventh century to the thirteenth century AD

The Mochica or Moche culture developed between the years 100 and 700, on the northern coast of Peru.

Notable discoveries of this culture include the intact tombs of some of its rulers, such as Lord of Sipan (3rd century) and Lady of Kao (5th century).