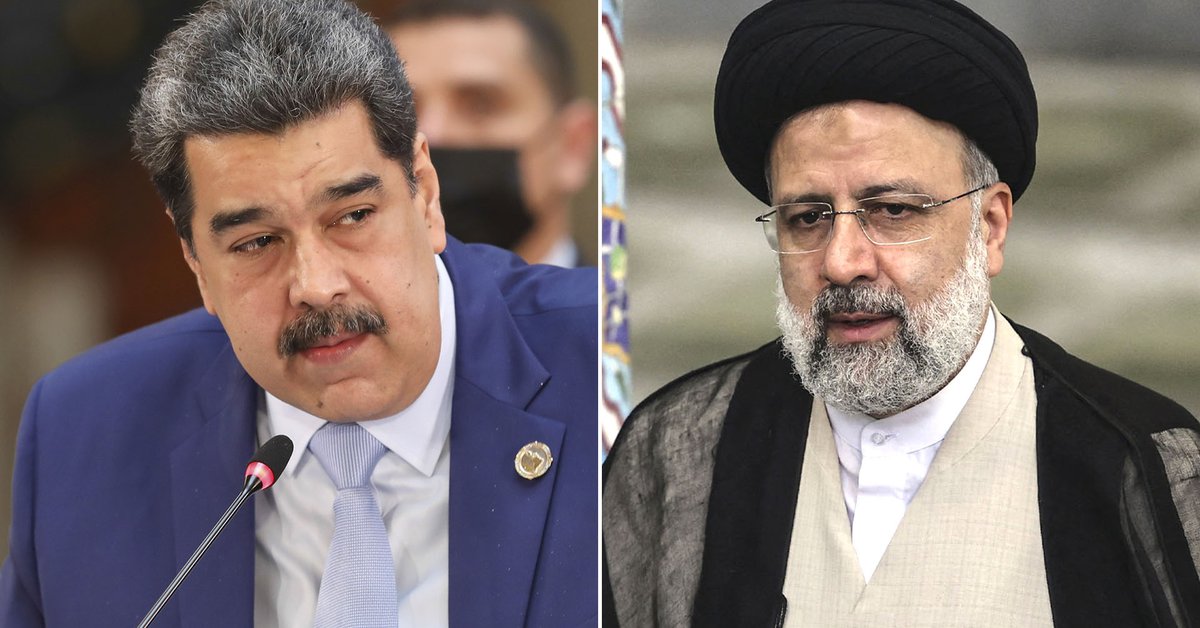 Venezuela has agreed to a major contract to exchange oil for Iranian condensate that it can use to improve the quality of its crude, Five sources close to the deal said the first shipments are due this week. The agreement between the state-owned Petroleos de Venezuela (PDVSA) and the National Iranian Oil Company (NIOC) deepens cooperation between the two regimes. Sources said in the face of Washington, at a time when the South American country seeks to revive its exports despite the sanctions imposed by the United States.

One person said, in principle, The swap agreement is expected to last six months, with the possibility of an extension. Reuters was not immediately able to specify other details of the agreement.

The Iranian and Venezuelan oil ministries, state-owned PDVSA and the National Iranian Oil Company (NIOC) did not respond to requests for comment.

The agreement could violate US sanctions on both countriesAccording to an email that the country’s Treasury Department sent to Reuters, it referred to the orders under which the government had instituted punitive measures.

Washington’s sanctions programs not only prevent US entities from doing business in the Iranian and Venezuelan oil industries, but also warn non-US individuals and companies that do business with state oil companies of the possibility of “secondary sanctions.”

Secondary penalties can involve a series of penalties, including bans on those involved in the US financial system, fines or freezing of assets in the United States. Asked about the negotiations, the Treasury said that any “transaction with the National Iranian Oil Company (NIOC) by a non-US person is generally subject to secondary sanctions.”

It also noted that it “retains the power to impose sanctions on anyone it specifies working in the oil sector of the Venezuelan economy,” but did not specifically answer the question about whether the new exchange agreement would conflict with the sanctions.

In Washington, a source close to the matter said the swap was on US officials’ radar as a potential sanctions violation, so they were following it to see how far it would go in practice.

Officials, according to the source, are concerned that the supply of Iranian mitigating materials will provide financial assistance to Nicolas Maduro as he negotiates with the opposition about the possibility of holding elections.

Sanctions on both countries have slashed sales of crude oil in recent years, prompting the National Iranian Oil Company to support Venezuela – through transportation and oil exchange services – for export status in Asia.

At a meeting at the United Nations General Assembly on Wednesday in New York, the foreign ministers of Venezuela and Iran publicly pledged to boost bilateral trade, despite US attempts to block it.

Trump’s tightening of sanctions in 2020 contributed to a 38 percent drop in Venezuela’s oil exports, the backbone of its economy, to their lowest level in 77 years, and reduced sources of imported fuel, exacerbating the gasoline shortage.

A US Treasury spokesman said the department was “concerned” by reports of oil deals between Venezuela and Iran, but added that it had not verified the details. “We will continue to impose our sanctions related to both Iran and Venezuela,” the spokesman said. He added that the United States had “expressed its willingness” to veto the entities that support Iran’s attempts to evade it, as well as those that “provoke its destabilizing behavior in the world.”

The people said the swap contract would secure PDVSA a source of condensate, which it needs to dilute excess heavy oil production from the Orinoco Belt, its largest producing region. This ore, very dense and with a high sulfur content, needs to be diluted for transportation and export.

In return, Iran plans to receive shipments of Venezuelan heavy oil that it can trade in Asia.People who declined to be named said they were not authorized to comment.

The agreement was reached through the Venezuelan oil company PDVSA

PDVSA has pushed oil exchanges to reduce their cash payments since the US Treasury banned them from trading in dollars in 2019. Washington has also imposed sanctions on foreign companies for transporting or receiving Venezuelan oil. Since last year, PDVSA has imported two shipments of Iranian condensate in specific exchange agreements to meet the reduced needs, and has also replaced Venezuelan jet fuel with Iranian gasoline.

The new contract will lead to the stabilization of diluent stocks and, accordingly, the export of crude oil mixtures from the Orinoco belt. At the same time, it will allow PDVSA’s lighter grades to be released for refining and producing vehicle fuels, three people said.

The first shipment of 1.9 million barrels of Miri heavy crude set sail from Venezuela under the new exchange agreement this week. From PDVSA’s Jose terminal in Supertanker Felicity, which is owned and operated by the National Iranian Tanker Company (NITC), the three people and monitoring service TankerTrackers.com said.

The vessel is not included in PDVSA’s port schedules for September, which list planned imports and exports. However, TankerTrackers.com spotted the ship while in Jose this month.

The shipment represents a partial payment for a shipment of about two million barrels of Iranian condensate that arrived in Venezuela on Thursday, according to the three sources and one of PDVSA’s schedules.

See also  Prince William showed his biceps when vaccinated! He probably had no idea what - stellar states - the cocktail might be causing it

The US State Department declined to comment. A US Treasury spokesman did not respond to a question from Reuters about his concern that the new agreement would allow PDVSA to increase its exports.

US officials insisted that they do not plan to ease sanctions on Venezuela unless President Nicolas Maduro takes decisive steps toward free and fair elections.

Trump’s restrictions on existing companies doing business with PDVSA have led the Socialist government to resort to exchanges with Iran and other countries, while pressing for business deals with unknown clients.

New buyers and swaps have given some stability to Venezuelan exports, averaging around 650,000 barrels per day this year, after ups and downs in 2020. However, a growing shortage of diluents has curbed exports recently, putting the Orinoco belt in an “emergency” situation. , according to PDVSA operating reports for August and September seen by Reuters.

PDVSA plans to mix Iranian condensate with additional heavy oil to produce dilute crude (DCO), an item demanded by refiners in Asia that the state-owned company has not been able to export smoothly since suppliers stopped supplying diluents in late 2019 due to sanctions, the three sources said.

By Mariana Baraga and Daisy Petrago/Reuters

Venezuela’s opposition ratified its commitment to continue the process of dialogue with the dictatorship of Nicolás Maduro
The Maduro regime seeks to consolidate its alliance with Iran
The Chaveza regime celebrated the election of Ibrahim Raisi in Iran: “He has the unconditional support of Nicolás Maduro and the Bolivarian Revolution.”