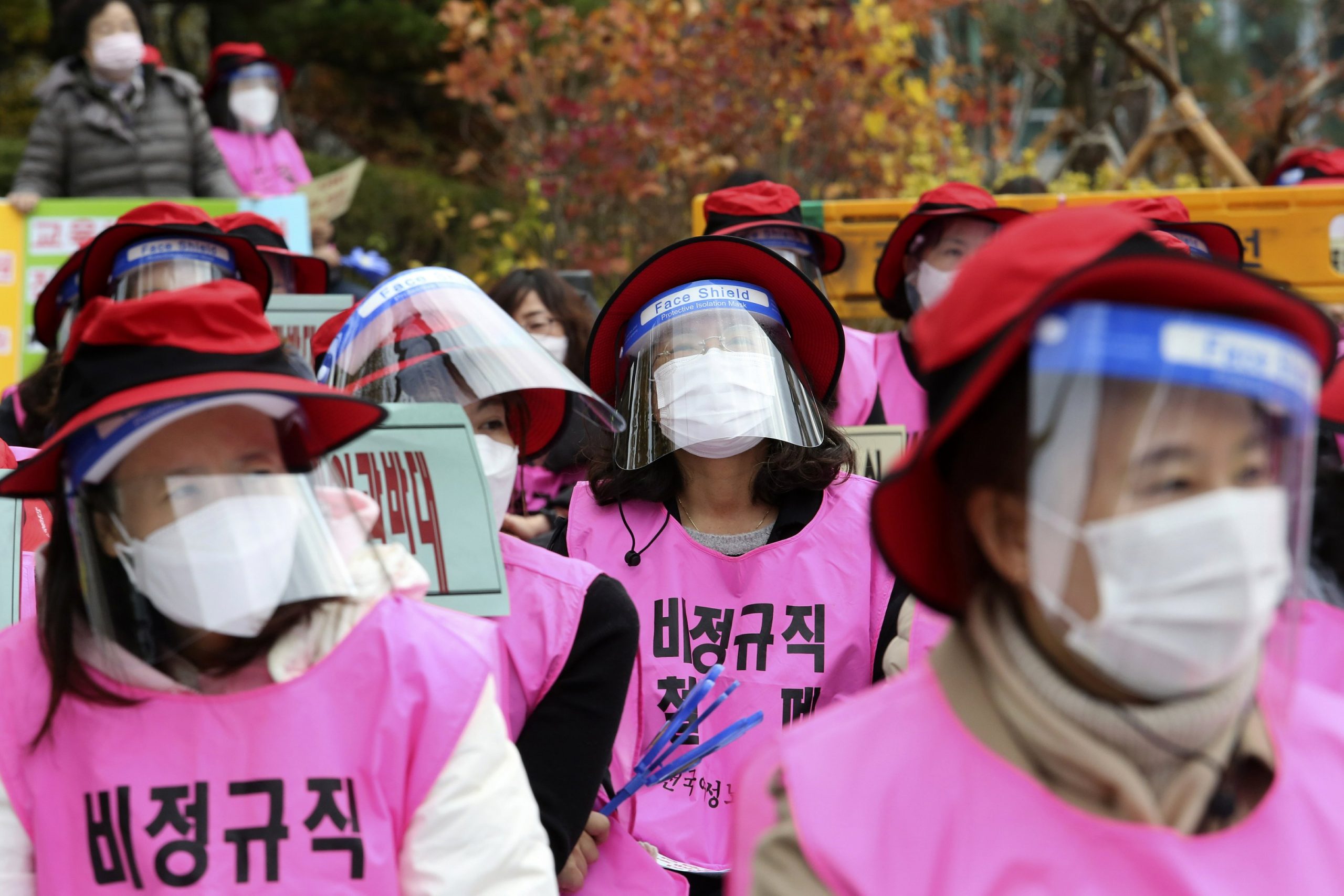 GENEVA – The United States urges the President of the World Health Organization to invite Taiwan to attend the annual meeting of the United Nations Health Agency next week, noting its “remarkable success” in confronting the Corona virus.

China has effectively banned Taiwan from attending the World Health Assembly in recent years since Taiwan’s President Tsai Ing-wen was elected. Its pro-independence administration has clashed with Beijing, which considers Taiwan a part of China.

The US appeal to WHO Director-General Tedros Adhanom Ghebreyesus comes after the Trump administration took measures over the summer to withdraw the United States from the UN health agency next year. Taiwan is not a member state of the United Nations.

Taiwan, with a population of about 23 million, has recorded 569 confirmed cases of COVID-19 and only seven deaths from the epidemic, according to a set of global figures by Johns Hopkins University.

Ljubljana, Slovenia – Slovenian police said they have arrested 10 people following violent protests in the capital, Ljubljana, against lockdown measures designed to curb the spread of the new coronavirus.

On Thursday, several hundred angry protesters threw bottles, flares and stones at police, who used tear gas and water cannons to disperse them in rare riots in the usually calm Alpine country.

The assembly was organized in violation of the ban on gatherings in force in Slovenia as part of anti-virus rules. The Slovenian Public Radio and Television Corporation said that some demonstrators attacked media crews and wounded a photojournalist in the head.

Slovenian authorities imposed an overnight curfew and a set of restrictive rules after facing an increase in infections in the country of two million people.

The German Minister of Health has warned of troubled times ahead unless the country can “break” the increasing trajectory of coronavirus cases.

Jens Spahn told lawmakers in Parliament on Friday that “the situation is grave,” noting that the number of COVID-19 patients being treated in the country’s intensive care units has doubled in the past 10 days.

He said: “As of today, the health system can deal with this matter.” “But doubling every 10 days is something the best health system in the world cannot handle in the long term.”

The German Disease Control Agency recorded a new record with more than 21,500 confirmed infections in the country last day, and another 166 deaths.

Laboratories in Germany are also warning it is reaching capacity, and are urging stricter standards against which people can be tested.

BEIJING – China has temporarily banned entry to foreigners from at least eight countries as cases of COVID-19 soar in Europe and elsewhere.

Non-Chinese citizens can no longer enter from Russia, France, Italy, the United Kingdom, Belgium, the Philippines, India and Bangladesh, even if they hold a valid visa or residence permit for China.

Embassies in those countries have published notices online in recent days announcing the temporary suspension of entry.

China has enacted strict measures to protect against new infections from abroad.

Health authorities on Friday reported 30 imported cases in the last 24 hours, including 15 in Shanghai. This brings the total number of cases received during the epidemic to 3,510.

Here’s what you need to know about the virus outbreak:

India has the second largest number of cases in the world after the United States. Although the country has seen a steady drop in cases since mid-September, its capital is seeing a spike in infections.

New Delhi recorded nearly 6,700 new cases of COVID-19 in the past 24 hours, the second highest rise in one day since the pandemic began.

Canberra, Australia – Australia’s highest court upholds the closure of state borders and dismissed a case arguing that the epidemiological measure is unconstitutional.

All Australian states and territories used border restrictions to limit infections, and the ruling against the Western Australian lockdown could have affected others.

Supreme Court justices have ruled that the country’s borders be closed to unnecessary travel during a “risk in the nature of an epidemic or epidemic” in conformity with the constitution.

The state closed its borders with the rest of Australia on April 5 and has not recorded any community transmission of COVID-19 since April 11. Next week, restrictions will be eased on people from states and territories that are considered low-risk.

Separately, an investigation into quarantine issues in Melbourne recommended guarding hotels that returning overseas travelers are staying. The Victoria state government’s decision to use private security companies instead of the police and the military to enforce quarantines has been blamed on lax controls that have led to the virus spiking in Australia’s second largest city.