The Renaissance Dam, Sisi warns against endangering Egypt’s security and calls on Ethiopia and Sudan to conclude a binding legal agreement | Ethiopia news 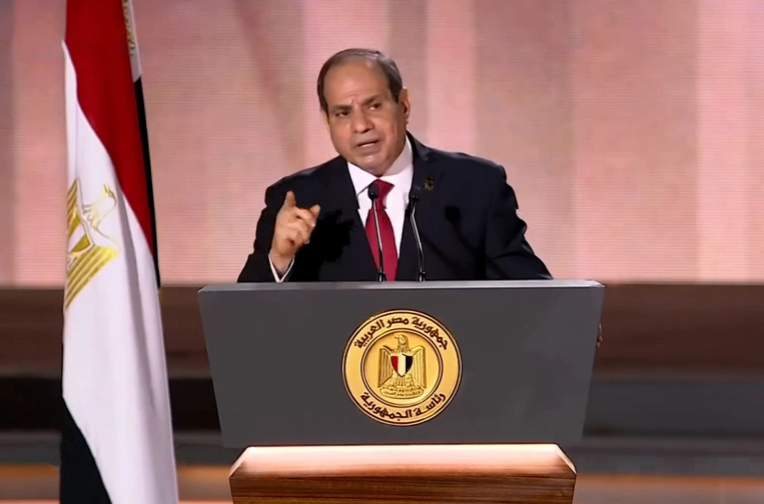 Egyptian President El-Sisi said that harming Egyptian national security is a red line that no one can cross, and El-Sisi emphasized in his speech that acting wisely and devotion to peace “does not mean that we will allow anyone to harm our country’s capabilities.”

El-Sisi said, “We are not trying to export illusions, and we do not want to stir up people’s feelings. The Egyptian people’s concerns about water resources are reasonable,” and he said, “We are telling Ethiopia that we are ready to cooperate with you on energy issues. And cooperate in ways that help your people develop and prosper.”

Al-Sisi added that Cairo asked Ethiopia to reach a legal agreement on water rights and revive dam operations, and that the government is still working in this direction, noting that Egypt does not seek to threaten or interfere in the internal affairs of other countries. But it hopes to cooperate with other countries.

Against this background, Sisi explained that the Egyptian measures in the Security Council aim to put the crisis of restoring dams on the agenda of the international community, calling on Ethiopia and the sister countries of Sudan to conclude a binding legal agreement and to stay away from threats.

Under the water conservation initiative, Sisi said his country is taking measures to save water because the government has allocated 60 billion pounds for projects lining canals to save water and prepare for the future.

Earlier, Ethiopian Foreign Minister Radwan Hussein believed that his country is currently facing a challenge, that is, it is increasingly disturbed by several issues such as the rehabilitation of the dam, the border and the Tigray region. Meanwhile, Sudan called on the UN Security Council to assume its responsibilities and push for a binding agreement on the dam issue.

On the other hand, the Ethiopian News Agency reported, that the Deputy Commander of the Military Department responsible for protecting the dam, Colonel Azini Himelis, said that the Ethiopian army is working hard to provide the necessary protection for the dam, adding that the protection. The procedure includes ensuring that the construction of the dam is completed, that no forces are allowed to enter the area, and that the second phase of water storage in the dam is complete.

Meanwhile, Sudanese Prime Minister Abdullah Hamdok stressed that Khartoum’s presentation of the issue of rehabilitating the dam to the UN Security Council does not mean abandoning Africa’s role in this issue.

According to a report by the Sudanese News Agency (SUNA), Hamdok and Ivorian President Alassane Ouattara discussed the above news in a statement between the meeting of the World Bank’s Agency for International Development in Abidjan, the economic capital of Ivory Coast.

Thanks to the efforts of Sudan and Egypt, the Security Council held a meeting on July 13 to discuss Ethiopia’s reconstruction of the dam crisis, and at the meeting reiterated its support for Africa’s view of resolving differences over the dam through mediation.

Egyptian Foreign Minister Shoukry said at the Security Council meeting that the efforts led by the African Union to deal with the crisis had ended.

On July 5, Ethiopia notified Egypt and Sudan, the Lower Nile countries, that it would start the process of storing the second water of the Renaissance Dam without reaching a tripartite agreement, but Cairo and Khartoum opposed this.