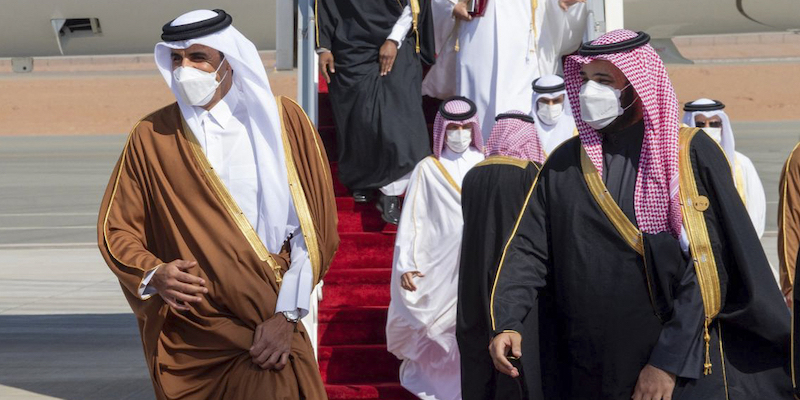 Saudi Arabia and its three Arab allies They decided To fully restore relations with Qatar, after more than three years in which the country was diplomatically isolated and economically boycotted. Saudi Foreign Minister Prince Faisal bin Farhan told reporters that “all outstanding issues related to diplomatic relations and flights will return to normal.”

Tuesday morning in the Kingdom of Saudi Arabia It opened its limits By land, air and sea with Qatar, allowing the Emir of Qatar, Tamim bin Hamad Al Thani, to participate in a meeting between the Persian Gulf states, during which an agreement was signed ending the isolation. Of the country.

In addition to Saudi Arabia, Egypt has also restored relations with Qatar. The other two Arab allies, Bahrain and the United Arab Emirates, are expected to do so soon, although it is not yet known when: Emirati Foreign Minister Anwar Gargash told Al Arabiya TV that there is a need first. “Restore confidence and cohesion.”

The crisis began in June 2017, and it has mostly involved the Sunni Arab states of the Persian Gulf, an ally of the United States. The Kingdom of Saudi Arabia, the United Arab Emirates and Egypt, and all the countries in which Sunni Islam is the majority, announced the breakdown of diplomatic relations with Qatar, another country with a Sunni majority. These countries accused Qatar of supporting terrorism and Islamic groups in the region, and being very close to Iran, the predominantly Shiite country and enemy of Saudi Arabia.

READ  How the dream of the super3boa A380 fell apart

Saudi Arabia and its allies have asked Qatar, among other things, to close the Qatar-funded Al-Jazeera channel, cut ties with Iran and close a military base run by Turkey. None of these conditions have been met yet.