The Czech political world is clear: the last word in the elections will not be the voters, but President Zeman 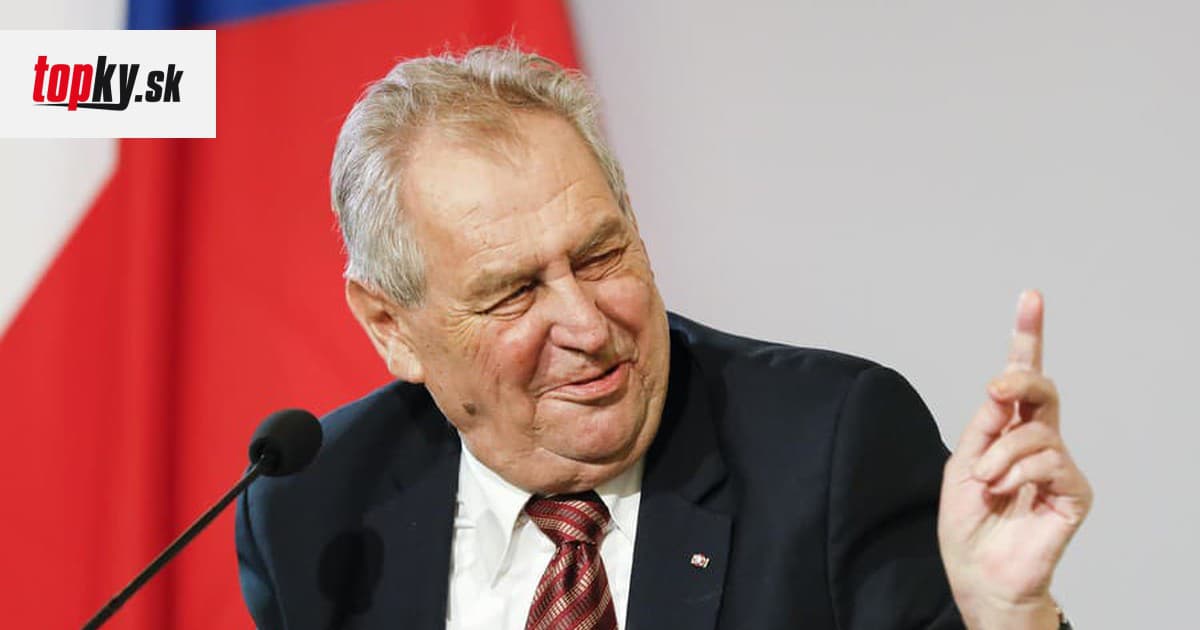 “During the (Czech) election campaign, the basic problem of whether we will be able to restore democracy after November or whether the system will have little to do with democracy has not been resolved. The problem is that the basic distribution before the elections of forces is very different What I say this in the context of how the Czech constitution was written… The elections will take place somehow, individual participants (elections) will get some percentages, but then the President of the Republic Milos Zeman, who has already stated earlier, that he considers electoral alliances to be fraudulent. That the will of the group of voters who will vote for coalition groups will be completely out of the game (after the elections) and the president will appoint the head of the strongest party (not the strongest coalition) to form the government.” Dolyal thought.

It is possible that Zeman Babis will be entrusted

According to the political scientist, the current Prime Minister Andrej Babis is likely to receive a mandate from President Zeman to form a new government. “Here’s what the president said publicly over the summer” Doyal went on adding it again “Everything that will happen after the elections will not be based on the results of the elections, but on the basis of the decision of the Czech president.”.

At the same time, Dollyal specified that the Czech constitution allows the president to appoint the prime minister he wants. Thus, Milos Zeman became the main actor in the post-election development. The president has two attempts to appoint a prime minister. If these two proposals do not gain majority support in the lower house of the Parliament of the Czech Republic, the Speaker of the Chamber of Deputies will be given the opportunity to choose the future Prime Minister.

See also  Palestine is trampled and humiliated in its faith, freedom, and rights: This is unacceptable!

“In order to start working, the government (according to the Czech constitution) does not need the confidence of Parliament immediately – it can ask for this only after it has been appointed. The Parliament of the Czech Republic will either express it or not. The Czech Republic could prepare for many weeks, even months, of a transitional period, after the elections, the political expert said.

The campaign is based on aggressive promises

In the interview, Bohumil Dolyal also evaluated the Czech election campaign, which, according to him, is based on “the amount of aggressive promise”. In this context, the country is believed to be on the Hungarian road. “The Czech election campaign is interesting in the sense that it’s kind of a super campaign. Everyone says what they’re going to do and (to whom) what they’re going to present…For the past eight years, democracy in the Czech Republic has literally collapsed in a way that (Hungarian Prime Minister Viktor Orbán)” from On the other hand, nothing is said about it. Everyone (in the EU) criticizes Orbán and hasn’t noticed that a decent and good Czech Republic is just as bad as Hungary.” Political commentator announced.

According to him, the campaign themes of individual parties or coalitions do not focus on the fundamental problems of the country, but instead the main actors compete on the promise of what cannot be achieved. “The problem with the election campaign is that it is absolutely out of the question. It is not about the fundamental problems, and instead it sets up a system of absolutism, that is, governments of several individuals,” Dolial said referring to the current Prime Minister Andrej Babis, who is one of the richest people in the Czech Republic. According to him, the opposition groups do not offer specific solutions, but rather focus on fighting the current prime minister.

Elections to the Czech House of Representatives will be held on October 8 and 9, 2021. Opinion polls before the elections indicate that three political entities will dominate the vote. This is the ANO movement led by Andrej Babiš and two opposition coalitions, SPOLU (KDÚ-ČSL, ODS, TOP 09) led by Peter Vial and the Alliance of Pirates and Mayors led by Ivan Bartosz.

Bohumil Doležal is a Czech literary critic, political commentator, publicist and former university teacher. She is one of the signatories of the Charter of 77. After the establishment of the independent Czech Republic, he was an advisor to then Prime Minister Vaclav Klaus. Since 2000, he publishes a diary of political events on the Internet. In addition, he publishes articles in Czech, Hungarian, German and Polish newspapers and magazines.