Windows 11 is already available to many, but it is not in a hurry 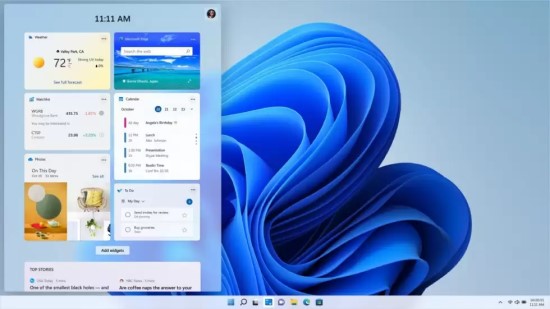 In June, the American giant Microsoft revealed a new version of the Windows operating system. After four months, the wait for many is finally over. For several days now, the new Windows 11 has been available for many who have PCs compatible with this version of the platform.

Many have already started upgrading their computers, but as soon as the new Windows 11 came out, a variety of complaints surfaced. If you are still using Windows 10, or an older version of the operating system, we suggest that you think carefully before upgrading. There are three good reasons for this, which we will review briefly.

1. System stability is not guaranteed

We all understand that Microsoft does a lot of internal testing before rolling out a new OS into users’ hands – Redmond has been testing Windows 11 for months. However, not all system features can be fully tested in all possible hardware configurations, which means bugs are almost inevitable.

Of course, if you have been using your computer for decades and have a good understanding of them and the technologies used, you can simply backup your data and play with Windows 11. In that case, you will at least know what to do if something unexpected happens suddenly.

Unfortunately, we recommend to all less experienced tech enthusiasts to wait for a newer version of the system, since you can not only lose the accumulated data, but also pay a lot of money to restore it.

When Microsoft updates the operating system, it pays special attention to ensuring that digital products that worked in the old versions can be used smoothly on the new system. Unfortunately, we cannot ignore the fact that there are countless software and game developers in the world, and not everyone is in a hurry to test the compatibility of their products with Windows 11. Non-optimized programs will run slower, the experience will not be smooth, and unexpected problems may arise .

3. Do you really need to upgrade to Windows 11?

We’ve written about the functional innovations in Windows 11 more than once, but given the time it takes to discover and fix all the minor flaws, is it worth the wait any longer? Experienced users who rush to install the latest operating system from Microsoft are not hiding – some features that work perfectly in Windows 10 have become irrelevant in the eleventh version of the operating system.

For example, in Windows 10, to open an image with PhotoShop, you can simply drag the image file to the PS app icon and the app will launch automatically – not available in the first version of Windows 11.

In some programs, the page refresh feature has been removed, and shortcut icons have been reduced, making it more difficult to distinguish between the original file and the shortcut. One of the most anticipated features of Windows 11 is the support for Android apps, but the first version of the operating system still does not have this feature.

Another problem at the moment is the use of random access memory (RAM), which is used a lot in Windows 11. Although Microsoft has announced that 4 GB will be enough for this operating system, 8 GB is still very little. Some actions and programs run much slower than in Windows 10.

Until the operating system is completely new, you should not rush to test it – it is this version that has the most unresolved and not discovered flaws, which we hope will be resolved in the near future.