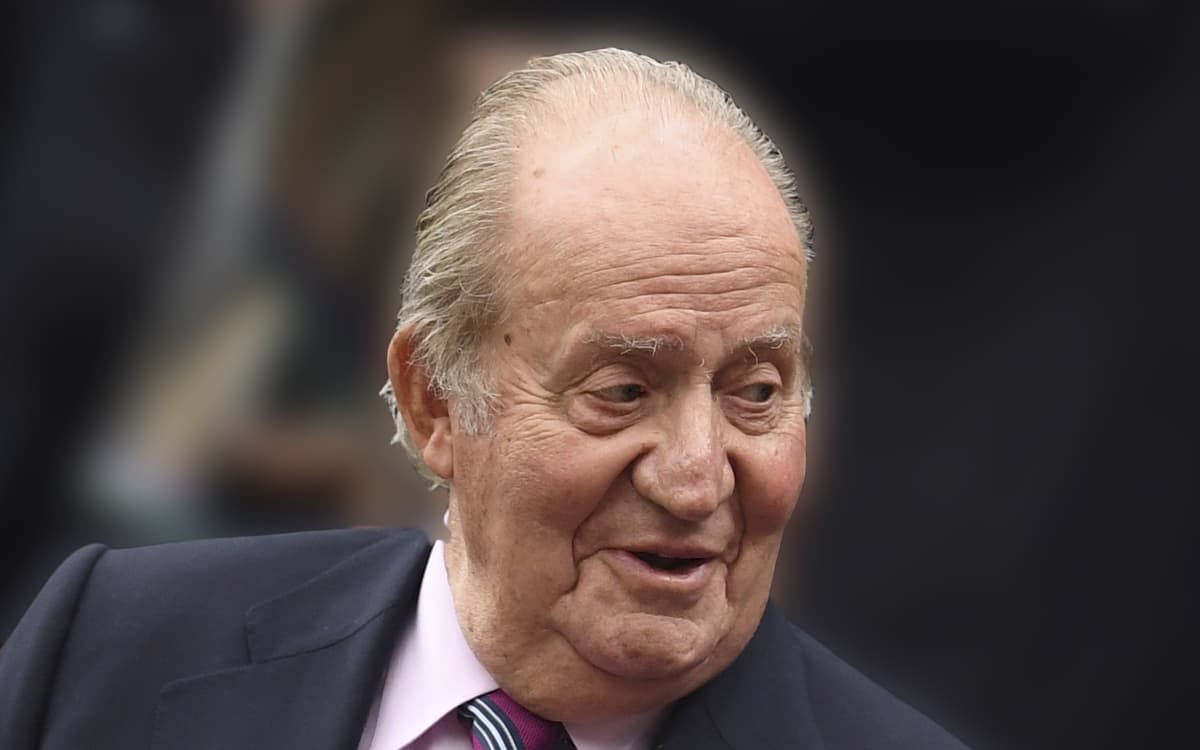 Swiss Prosecutor Yves Bertosa has closed his investigation into the Locom Foundation which he kept as he interrogated Corina Larsen, the former lover of the honorary Spanish king, Juan Carlos de Bourbon, as well as several managers and bankers, such as Arturo Fasana and Dante Canonica.

That Panamanian institution, of which the titular king was the beneficiary, was Guardian of a $100 million donation made by King Abdullah of Saudi Arabia in 2008.

The Public Prosecution Office of Switzerland indicated in a statement that It was decided to close the case, thus acquitting all those investigated, including Larsen, The person to whom the previous king was to donate later – in 2012 – the same amount. It must be remembered that in this case the honorary king did not appear as he was investigated.

Prosecutor General Bertosa charged the accused with an alleged money laundering offence The lack of transparency of this $100 million donation. However, in the statement, which the agency has access to Europa PressHe explained that the investigation “did not prove a sufficient link between the amount received from Saudi Arabia and the conclusion of contracts for the construction of the high-speed train.”

For this reason, the Public Prosecution Office decided to archive the process in part because it did not find enough evidence. However, it decided that the costs of the lawsuit, set at 200,000 Swiss francs, should be borne by the defendants.

He noted that at the end of the investigations, The prosecutor’s office ruled that using Lucum and other defendants’ affiliates “would demonstrate a will to hide.” “The amounts involved, the origin of the goods, the absence of sufficient documents justifying the transfers, the alleged successive donations (first from the King of Saudi Arabia in favor of Juan Carlos I and then from the latter in favor of Corina) as well as indicated that the chronology of events constituted evidence of the charges against the accused.

In total, five people were investigated in this procedure, which was opened in 2018. As the Public Prosecution states in the statement, the origin of the investigations is the appearance of press articles that mentioned this The honorary king would have received illegal commissions under public contracts that Spanish companies obtained in Saudi Arabia.

“These partially hidden commissions could have been hidden in bank accounts in Switzerland, under the identities of several front-line figures,” the memo says, to later point out that “It is suspected that these commissions are related to the conclusion of a contract by Spanish companies in connection with the construction of the AVE between Medina and Makkah.”

As they explained, the instructions made it possible to establish that Juan Carlos I “actually received on August 8, 2008, in the account of the Lucum Foundation opened at Mirabaud & CIE SA in Geneva, $100 million from the Saudi Ministry of Finance. He adds that the procedure also revealed other payments received by Al-Fakhri or Corina Larsen: $1,895,250 in kind, in addition to another $5 million and another $2 million from Kuwait and Bahrain.

“Not all of these transfers have been adequately documented by the defendants. In June 2012, the Lucum Foundation’s account was closed and its balance of approximately 65 million euros was transferred to an account in the Bahamas of a company headquartered in the name of Corinna Zu Zein-Wittgenstein-Larsen,” the attorney general said. 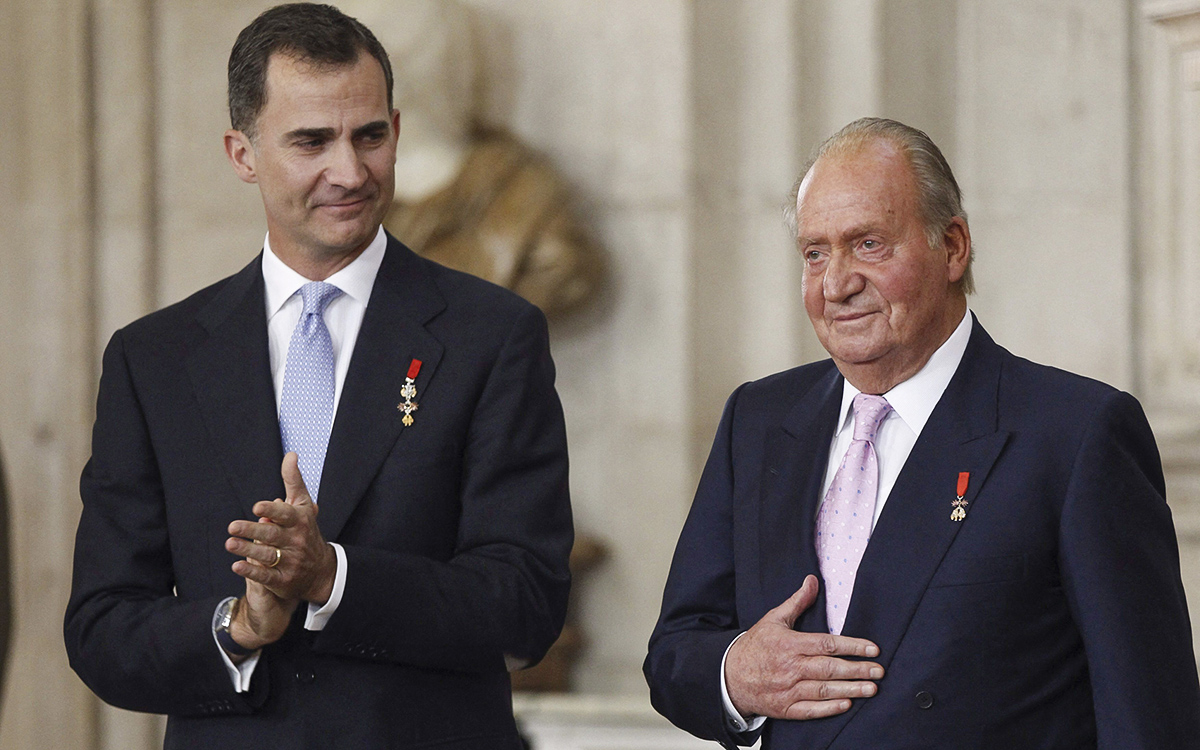 For his part, in a brief statement, he was also able to see it Europa PressThe Corina Larsen that she was acquitted “finally” of all responsibility for the investigation conducted by the Swiss prosecutor for a period of three years. He pointed out that his innocence “was clear from the start.” He regretted that “this incident did more damage” to his image.

“This episode has further damaged my image as part of the ongoing smear campaign against me by some Spanish interests. Meanwhile, the perpetrators were not investigated and were given time to conceal their activities. They remain unpunished.” added.

It must be remembered that Larsen sued the titular king before the London courts, a claim that was meticulously settled on these dates. The businesswoman assures that CNI, her director, Félix Sanz Roldán, or people working on her behalf or on behalf of Juan Carlos, put her and the people around her “Under physical surveillance that included vehicles, watchmen, trespassing on their property and spying on their phones and computers.”

In the framework of that letter, he claimed that he “suffered a lot of anxiety, worry, sleep deprivation, and concern for his physical safety and that of his children.” As he insisted “I was constantly threatened with physical harm, intrusion and surveillance” by the emeritus king, Therefore, he also asked the king not to be able to come within 150 meters of any of his residences.

At last week’s hearing, the king’s honorary defense asserted that “His Majesty enjoys immunity.” And that the British courts are not competent to consider the case brought by Corina Larsen. In her lawsuit, the King’s ex-mistress asked the courts to demand compensation from the honorary king for the costs of his medical mental health treatment, to “install personal security measures and day-to-day protection services” and to hire “former diplomats and former government officials” to intervene to “put an end to harassment” which he allegedly received from Juan Carlos I. 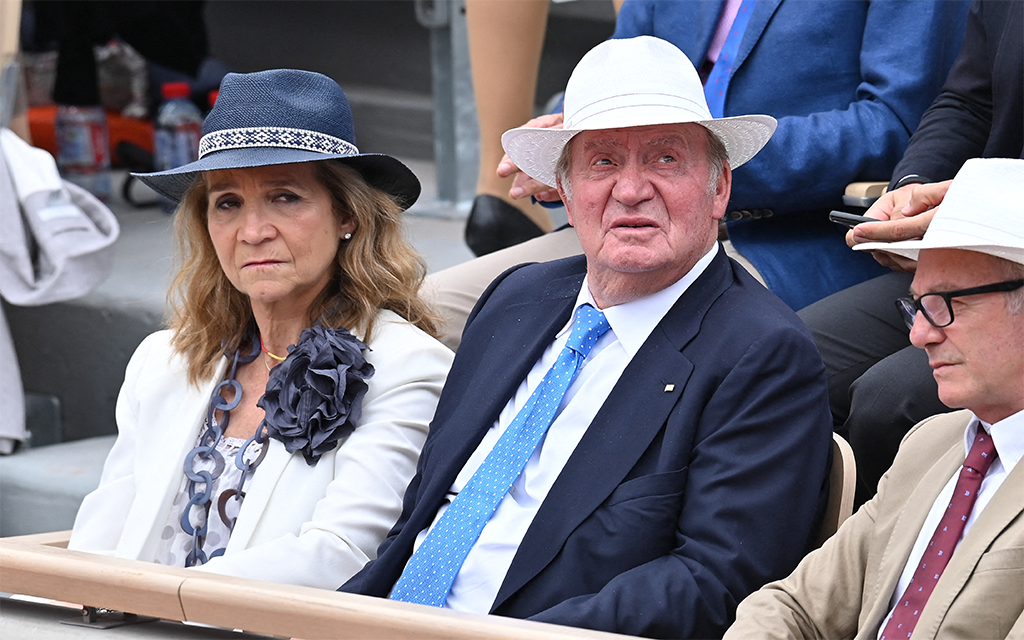 On the other hand, the Swiss Prosecutor’s Office condemns Mirabaud & CIE to a fine of 50 thousand Swiss francs and payment of the costs of the procedure estimated at another 150 thousand francs, as the instructions allowed to prove that the bank Since July 2018, relevant correspondence has been deleted from Corinna Larsen’s personal account to the Money Laundering Communications Office (MROS).

“Many elements require the bank to initiate contact, Mainly the information published by the press, the unusual nature of the funds contained in that account and the various financial flows exchanged between the accounts of the above-mentioned and the accounts of the Lucum Foundation, to which Juan Carlos I had the economic right,” he pointed out.