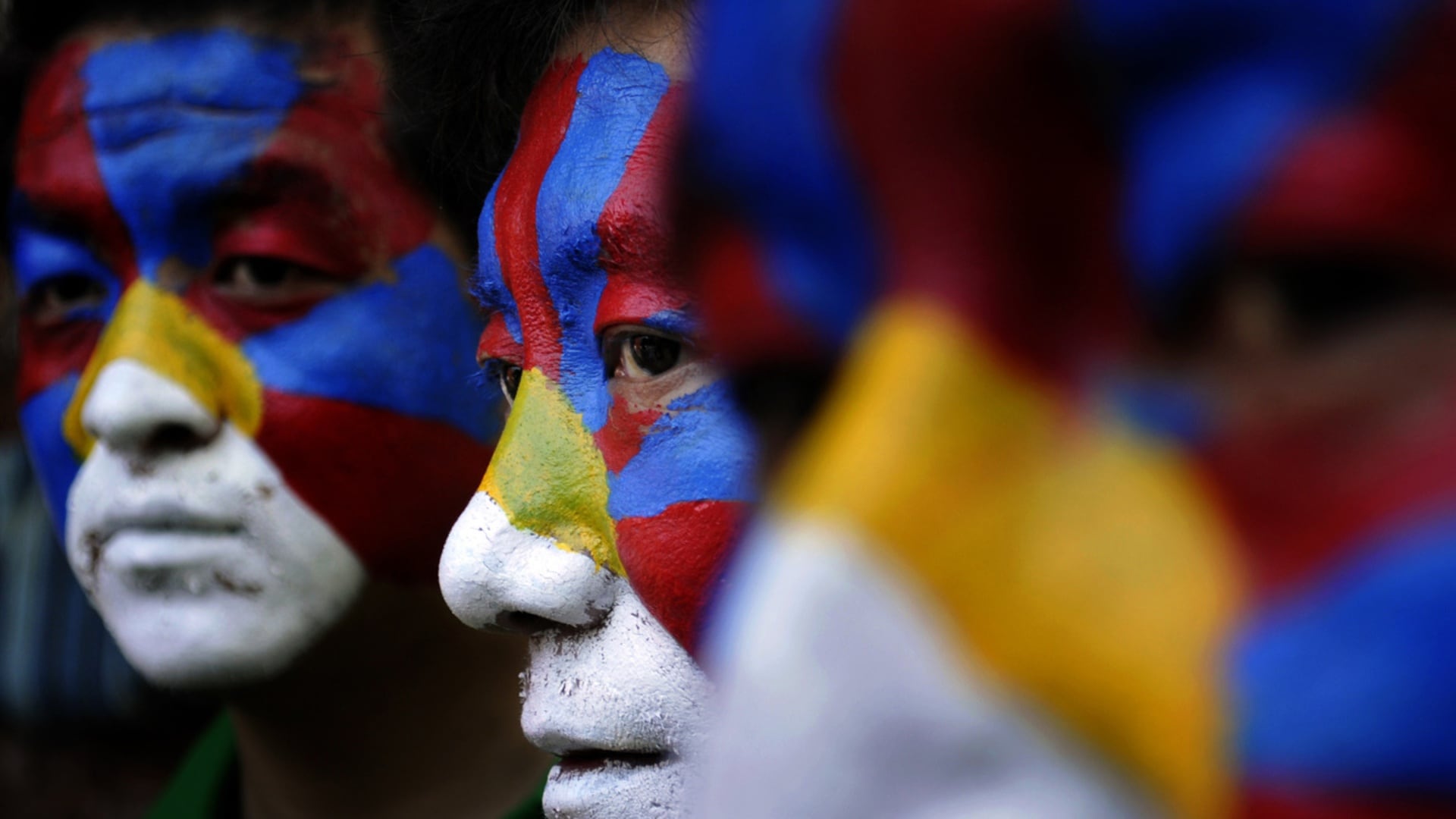 The online platform Smartvote is intended to aid in decision-making during elections and is well known in Switzerland. A group of Tibetans from Switzerland used this tool to promote elections for the Tibetan diaspora in exile. Successfully.

Palmo Brunner completed a year of volunteering in the Tibetan Community-in-Exile election this spring. These presidential and legislative elections were very important. In fact, this was only the third election since His Holiness the Dalai Lama handed over his political responsibility to an elected leadership in 2011 within the framework of democracy, ”explains this 33-year-old Swiss Tibetan.

The political commitment of this seasoned political scientist is not about a party or a candidate, but rather about forming the opinion itself. Together with a team from Switzerland, North America and India, the young woman founded the association Democracy ProjectExternal link An adaptation of a Swiss invention: Smartvote. This electoral aid tool has allowed Tibetan diaspora around the world to find out which candidates are most politically connected.

Even before he fled the Chinese occupation in 1959, the Dalai Lama had developed his idea of ​​democratic Tibet. The first elections to Parliament, which then had thirteen members, took place in 1960, already in exile, in Dharamsala (India). Today, approximately 3.5 million Tibetans live in the Chinese province of Tibet, which has a nominal autonomy. However, only 150,000 Tibetans in exile in the world can participate in the democratic process. At least 80,000 of them are registered on the electoral lists of the “Tibetan Central Administration,” the official name of the government in exile.

The future Tibetan parliament will consist of 45 members. Two-thirds of them were elected by the electorate in India, Nepal and Bhutan on the basis of their province of Tibet. One person represents Australia and the rest of Asia, and two people represent the Tibetan diaspora in North America and Europe. Ten seats are reserved for the different monastic schools.

There is no party system in the politics of Tibetans in exile; Political camps often corresponded to ancient provinces of origin. “But if there are no classic parties, there are many candidates,” Palmo Brunner notes. That is why the initiators of the Smartvote Tibet set themselves the goal of creating an information base that would allow them to form an opinion.

“Project Democracy really started working on Smartvote Tibet in Spring 2020,” says Palmo Brunner. About half of the energy was allocated to developing the questionnaire. Because the policy is largely “regional”, it was not easy to target the questions in a way that made the differences between candidates clear. “We had a very participatory approach, with a general invitation to ask questions and work on them in the workshops,” said the political expert. The pandemic has made things more difficult. When the survey was finally ready, the filling was just as complicated: making the platform known to the candidates, helping them fill it out and informing voters about it.

“In our association, most of the people are young and supportive of a liberal society,” admits Palmo Brunner. But we did not want to make our point of view dominant, on the contrary. ”There are huge differences between generations. The elderly in particular will cling to“ old Tibet. ”The political scientist says:“ To make sure our own perspective is as balanced as possible, we formed a council. A consultant that also includes seniors and governors. “

Information neutrality was already a prerequisite when four students began developing Smartvote for Swiss Policy 20 years ago. Today, it is impossible to imagine the Swiss political landscape without Smartvote’s questions, whether at the local or the national level.

While the questions posed in elections in Switzerland target real elements – for example, building a boat port in the framework of the municipal elections in Granjes, in the canton of Solothurn – Smartvote Tibet poses more fundamental questions, such as whether anyone who calls themselves a Tibetan should Speak Tibet. Such a question would arise in the global diaspora, when in fact it would be rather controversial and nationalist within the country.

A large part of the 37 questions relate to how the political system is structured. But there are also concrete real-world questions, such as whether the government-in-exile should establish a public health insurance system for Tibetans in South Asia.

In Switzerland, Smartvote’s home country, more than one in ten voters used the online platform during the 2007 federal elections and today it is one in five. Accompanying graphsSmart SpiderExternal link(It’s called because it’s like a spider’s web) it’s now part of every election campaign. They are printed in newspapers along with photos of the candidates.

Although Smartvote’s criticism is as old as the electoral recommendation itself, most people realize that the platform is not a substitute for political debates. However, according to a survey conducted in 2015 by PolitoolsExternal link (The nonprofit science network that runs Smartvote and other online civic education and political analysis projects), one in seven Smartvote users had adopted the election recommendation as it is. Nearly nine out of ten people said Smartvote influenced their voting decision.

So the platform in Switzerland is strong. But Smartvote is neither institutionalized nor permanently funded. “We have to seek new funding for each project,” says Michael Ern of Politools. In the early 1990s, Smartvote variants were used in Bulgaria and LuxembourgExternal link. Then, three years ago, Politools developed an internationally adaptable version. “Since then, we’ve also been proactively looking for partners abroad,” says Michael Ernie.

Smartvote has a reputation for “strong democratic processes” in Switzerland. “But the biggest obstacle to this cooperation is the lack of resources,” he continues. Each local modification, including advice, costs 25,000 to 50,000 francs. The fact that Politools requires “political neutrality and independent party funding” makes fundraising difficult. “The partners should not have their own political agenda during elections,” Michael Ernie defines. Politools cooperates with universities or civil society associations such as Project Democracy, which has been able to realize Smartvote Tibet thanks to the contributions of the institutions.

In mid-May, the Tibetan election authorities declared in exile The final resultsExternal link From this year’s election. More than 11,000 Tibetans benefited from the smart voting show in Tibet – an impressive number – and 63,991 voted in the second round, 4,500 more than the election five years ago. This high turnout is surprising given the pandemic, as there is no mail vote. Tibetans in exile must go to the polls personally.

“What I remember most is that we need to be more present in India and Nepal. Up until now, we have been particularly strong in Europe and North America,” sums up Palmo Brunner. The project must go on.