Structures resembling US warships in the Chinese desert, revealed in satellite images 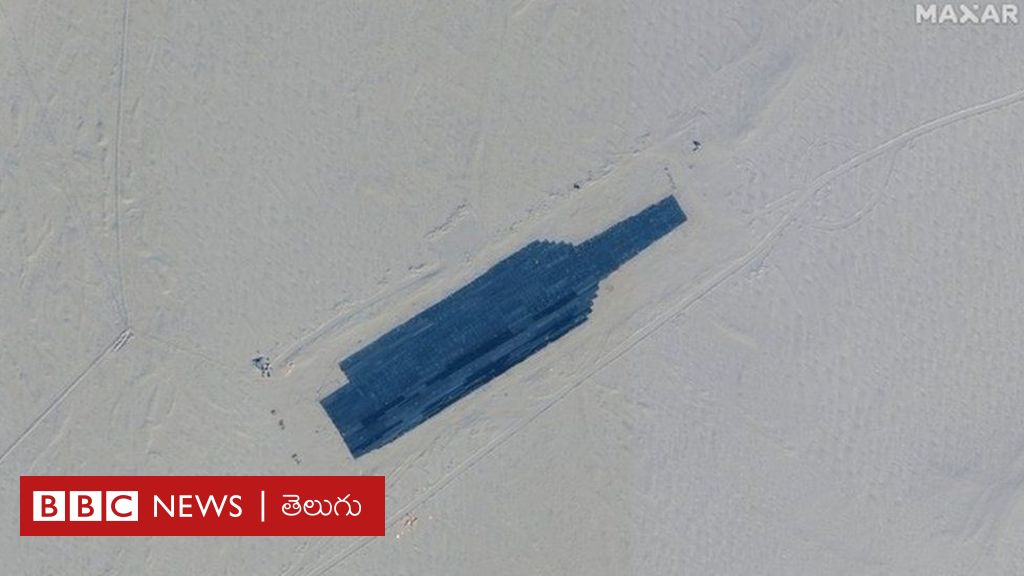 Satellite images show structures similar to US warships in the deserts of China’s Xinjiang region.

An aircraft carrier structure is seen on railroad tracks in a photo taken by US aerospace technology company Maxer.

These targets appear to be targets designed by the Chinese military for training, according to USNI News, which provides exclusive news on the US Navy.

China has been developing and testing anti-ship ballistic missiles over the past few years.

The United States has warned that China is rapidly expanding its military capabilities, including its nuclear capabilities, in the wake of high tensions in the South China Sea.

The USNI said on Sunday that the structures in the Taklamakan Desert were only visible in the shape of US warships, but that the weapons and other details did not appear in the photos.

An aircraft carrier has revealed that structures resembling at least two US Navy destroyers have appeared in satellite images.

Based on the design of these structures, the site revealed that “China is focusing on its anti-carrier capabilities, targeting US warships.”

Earlier this year, China was reported to have tested a hypersonic missile with a nuclear capability. America has expressed concern about this.

These are rockets that can fly in the upper atmosphere at five times the speed of sound.

However, China denied the news. However, they are not the usual spacecraft tests.

The US Navy frequently carries out missions with military ships in the South China Sea, one of the world’s most contested areas. The United States made it clear that these were no ordinary missions.

China says it has rights over most of the area. But, neighboring countries, America does not agree with this.

For decades, the Philippines, Brunei, Malaysia, Taiwan and Vietnam have rejected China’s claim.

The United States supports the above countries in this conflict.

Tensions in the region have risen steadily in recent years.