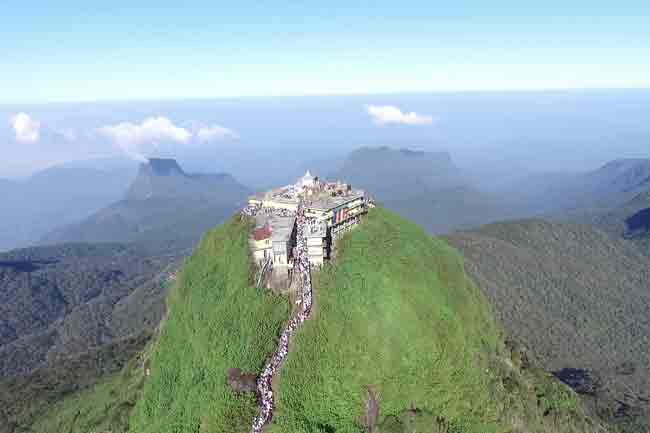 With the start of the Sivanolipathamalai season tomorrow (29) the day of the full moon, today (28) the idol and things made of Sri Rajamaha Vihara in Kalpotta, Ratnapura were transferred to Sivanolipathamalai.

The special puja was held under the leadership of the Sabaragamoa County religious leader and lecturer at Uvawellasa University, Tengamuwa Thammina.

While the procession carrying the consecrated items reached Balangoda Bogawantalawa Norwood in Ratnapura, the statue of the consecration reached Norwood via Ratnapura Avissawella-Hutton and the two marches reached Nallathanni.

The 1.8-meter-high rock formation at the top of the hill is considered to be Gautama Buddha’s footprint. This time the group traveled through four streets. Due to the exceptional conditions prevailing in the country, more pilgrims were refused permission.