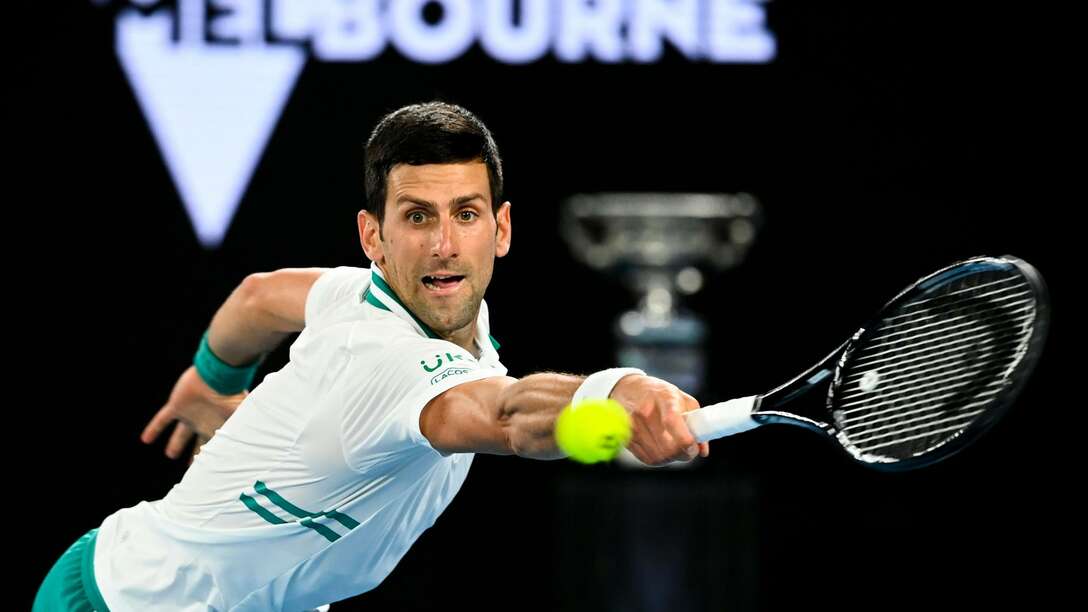 Most likely unvaccinated Novak Djokovic should take part in the tennis tournament on a special permit. In Melbourne, however, his visa was deemed invalid.

Soon after landing in Melbourne, the farce of tennis star Novak Djokovic took a surprising turn. Despite his controversial medical exemption to start the Australian Open, border guards refused entry to the Serb who may not have been vaccinated because his visa was clearly invalid.

A few hours later, the Australian government revoked Djokovic’s visa, the Australian News Agency reported, Wednesday evening. The No. 1 tennis player has been informed that he will now have to leave Australia on Thursday.

The Australian Border Force issued a statement early Thursday (local time) stating that Djokovic had failed to provide sufficient evidence of compliance and that “the visa was subsequently revoked”. However, Australian media reported that Djokovic’s team had applied for the wrong visa.

The Serbian tennis star is now struggling with his last-minute deportation. Lawyers for the world number one are challenging the visa revocation in a Melbourne court Thursday afternoon, Australian news portal The Edge reported. Accordingly, they were still looking for documents and Judge Anthony Kelly should hear them during the day.

Djokovic traveled to Australia with a highly controversial medical exemption and landed in Melbourne late on Wednesday night (local time) for the Australian Open. The tournament starts on January 17th. However, Australian Border Protection authorities denied him regular entry – instead, the 34-year-old was brought to a hotel for those they had to leave the country. Djokovic should start his trip home on Thursday.

“Novak Djokovic’s visa has been revoked,” Australian Health Minister Greg Hunt confirmed Thursday morning (local time). A statement from the Border Protection Authority said Djokovic was unable to prove he had met the entry requirements, so “the visa was subsequently cancelled.”

Djokovic has already won the Australian Open nine times and was determined to compete this time as the defending champion. If he had won, he would have left rivals Roger Federer and Rafael Nadal behind with his 21st Grand Slam win.

The tennis star was detained at Melbourne airport for several hours after arriving in Australia on Wednesday after border protection authorities raised initial visa concerns. According to the media, the documents provided by Djokovic do not provide for medical exemptions for unvaccinated people. So the authorities of the Australian state of Victoria contacted refused to provide him with support.

His father, Serjan Djokovic, told the Internet portal B92 that his son was kept in a guard room. “Novak is currently in a room that no one can enter,” he said. “Two policemen are outside the room,” he added.

Even before the 34-year-old arrived in Australia, a wave of indignation was rising in the host country for the first Grand Slam tournament of the season. Djokovic’s exemption statement caused “anger and confusion,” as ABC described it. Other comments ranged from “a slap in the face to all Australians” to “a slap in the face to millions of Australians”. Tournament director Craig Tilley defended the controversial decision, but asked the 20-time Grand Slam winner to explain his reasons. (dpa)