Re-imprisonment of an accused who earned 1.5 million pounds from trading in virtual currency 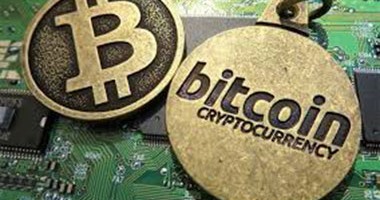 The competent misdemeanour court renewed the imprisonment of an accused person of promoting various virtual currencies on the International Information Network (Internet), and mediation for the sale of virtual currencies among Internet users, for 15 days as a precaution, pending investigations in the case..

Security investigations revealed that the owner of an import and export company had engaged in a large-scale criminal activity in the field of dealing and promoting various virtual currencies on the International Information Network (Internet) and mediating for the sale of virtual currencies among Internet users, as he promoted them to customers in exchange for sending their value into his bank account. In exchange for a financial commission in violation of the law.

The investigations added that the accused had engaged in a criminal activity, represented in the sale and purchase of virtual currencies and electronic marketing for a company located in a foreign country, through the international information network “Internet”, where the aforementioned works in the sale of virtual currency as an intermediary between the aforementioned company and those wishing to purchase those currencies through Through electronic wallets established by the accused for this purpose, where he sells to those wishing to buy online and converts parts of one currency according to the agreed value in exchange for the sale into cash amounts in foreign currency, and transfers them to his electronic wallet or to his bank accounts, in addition to creating and managing an electronic page on the communication sites The social network “Facebook” to promote and motivate citizens to deal in virtual currencies for the purpose of investing their money in this area in order to achieve material profits, in violation of the law .

After codifying the procedures, it was possible to arrest the accused, and by confronting him, he confessed to his criminal activity as referred to, and seized (a number of devices and tools used in the practice of that activity). It was also found that the volume of his transactions within two years, according to the documentary examination, was (one million and 500) thousand Egyptian pounds.

Confronting him with the findings of the seizure, he confessed to what the investigations confirmed. He came to examine the seized devices and admitted his criminal activity as indicated..

Article 336 of Penalties states: “Anyone who manages to seize money, offers, debt bonds, clearance bonds, or any movable possessions by fraud to steal all or some of the wealth of others, either by using fraudulent methods that lead people to believe that there is a false project or A forged incident, or the hope of obtaining an imaginary profit, or the payment of the amount that was taken fraudulently, or their delusion of the existence of an incorrect debt deed or a forged clearance deed, either by disposing of fixed or movable money that does not belong to him and does not have the right to dispose of it, or by taking a false name or description. As for the one who attempts to commit fraud and does not complete it, he shall be punished with imprisonment for a period not exceeding one year, and the offender may be made in the event of recurrence under police observation for a period of at least one year and two years at most.