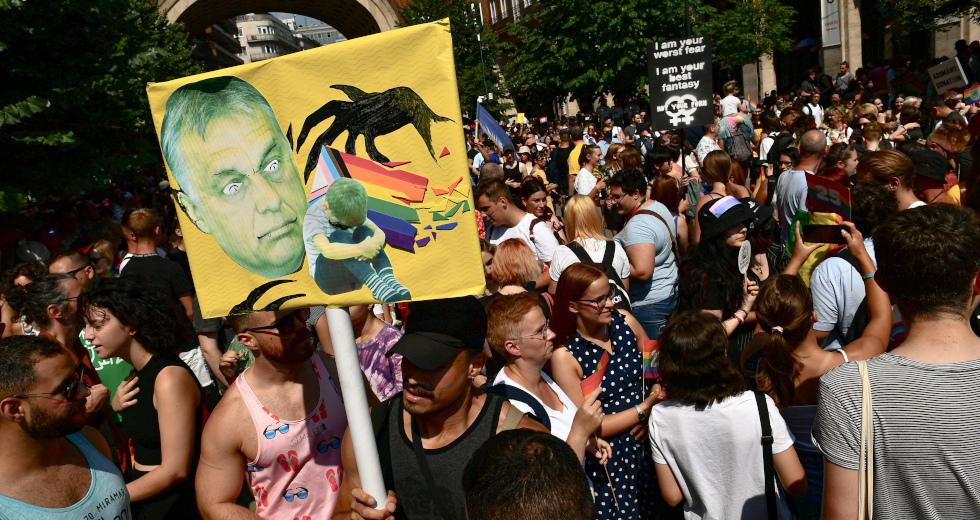 This year’s parade for the rights of the LGBTQI community took the form of a dynamic protest against the far-right prime minister of Hungary in Budapest.

The crowd exceeded all expectations and a colorful river of protesters sent its own message against the government’s harsh policy against the LOATKI community.

Organizer Jojo Matjersek said this year’s parade was not only to commemorate the community’s historic struggles, but to protest Orban’s policies targeting LGBT people. “Many members of the community are afraid and feel they have no place in the country,” he said.

The show comes on the heels of a provocative law passed by the Hungarian Parliament in June that bans viewing of content for minors depicting gay or transgender people, while this amendment was incorporated into a bill providing for tougher penalties for pedophiles.

Orban and his government say they want to protect children, but critics compare this to a 2013 law in Russia banning “gay propaganda”.

See also  Earns 10,000 yen ... offers himself rent in exchange for doing nothing | photo