Poland wants to invite NATO to solve the migrant crisis 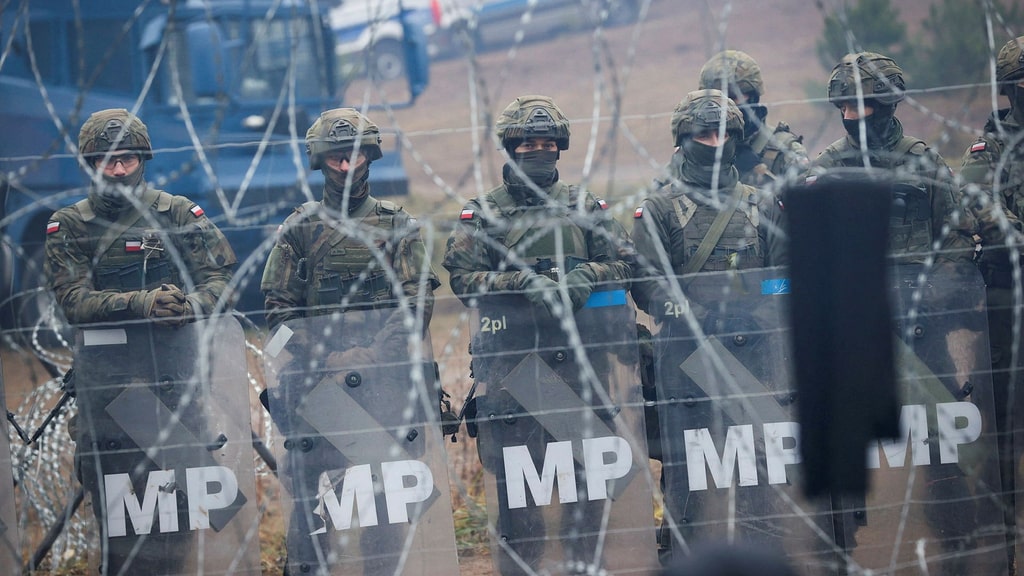 Thousands of migrants traveled to Belarus in the hope of joining the European Union, but were stranded in the border region with Poland. The European Union accuses Belarus of airlifting migrants and forcing them to enter Poland illegally in order to pressure the union to lift existing sanctions, Reuters reports.

On Sunday, about 50 migrants broke through the troops at the border and entered Poland near the village of Starzyna. However, they must have all been arrested, according to Polish police.

The European Union plans to introduce New sanctions against Belarus on Monday, when EU foreign ministers meet. The sanctions are intended to cover airlines and travel agencies believed to be involved in transporting migrants to the border.

“We will give the green light to expand the legal framework for imposing sanctions against Belarus so that they can be applied to anyone involved in the smuggling of migrants to this country,” EU foreign minister Josep Borrell told France’s Le Journal newspaper on Sunday.

On Sunday, Josep Borrell spoke by phone with Belarusian Foreign Minister Vladimir Makei about the migrant crisis and impending sanctions. Subsequently, the foreign minister wrote on Twitter that he had raised the issue of the precarious humanitarian situation at the border.

“People’s lives must be protected and access for humanitarian organizations must be granted. The current situation is unacceptable and must end. People should not be used as weapons,” he wrote.

For its part, the Belarusian Foreign Ministry wrote in a statement that it confirmed that the sanctions were “useless.”

Polish Prime Minister Mateusz Morawiecki believes that NATO must now take concrete measures to solve the migrant crisis. Under Article 4 of the NATO Treaty, an ally may seek advice when a country considers its territorial integrity, security or political independence to be threatened.

“It is not enough to publicly express our concern – we now need concrete action and the commitment of the entire coalition,” Mateusz Morawiecki told the Polish state news agency.

At the same time, President Lukashenko threatens to shut down the natural gas supplied by Russia to the European Union, through pipelines that pass through Belarusian territory. Russian President Putin said this was a violation of the agreement, and the Russian president said on Saturday he had spoken to Lukashenko, but had received no indication that he was planning to cut off gas. BBC.

– Of course, Lukashenko, in theory, as the head of a transit country, could order the suspension of our shipments to Europe. But this would be a violation of our gas transport agreement, and I hope this will not happen, Putin said, and continued:

– There is no good in this, and I will tell him, of course, on this matter. Perhaps he said it in a fit of anger.

Martin Cragg, Vice President For the Center for Eastern European Studies at the Foreign Policy Institute, he finds it difficult to see that Lukashenko will take drastic measures such as shutting down natural gas without installing it in the Kremlin. He believes that Putin and Lukashenko talk to each other regularly and are on the same side in the migrant dispute with the European Union.

Russia stood one hundred percent behind Lukashenko. He told DN that there was no doubt about Moscow’s position on the issue.

However, they have played two different roles in the conflict with the European Union, he says.

– The choreography created is that Lukashenko is depicted as an irrational “madman” who exploits immigrants and innocent people for political purposes. Putin presents himself more as a sane statesman.

Poland: A dead man was found on the border with Belarus

Migrants are prevented from traveling to Belarus