Peru demanded the arrest of right-wing candidate Keiko Fujimori. The daughter of the former dictator towards defeat in the popular vote 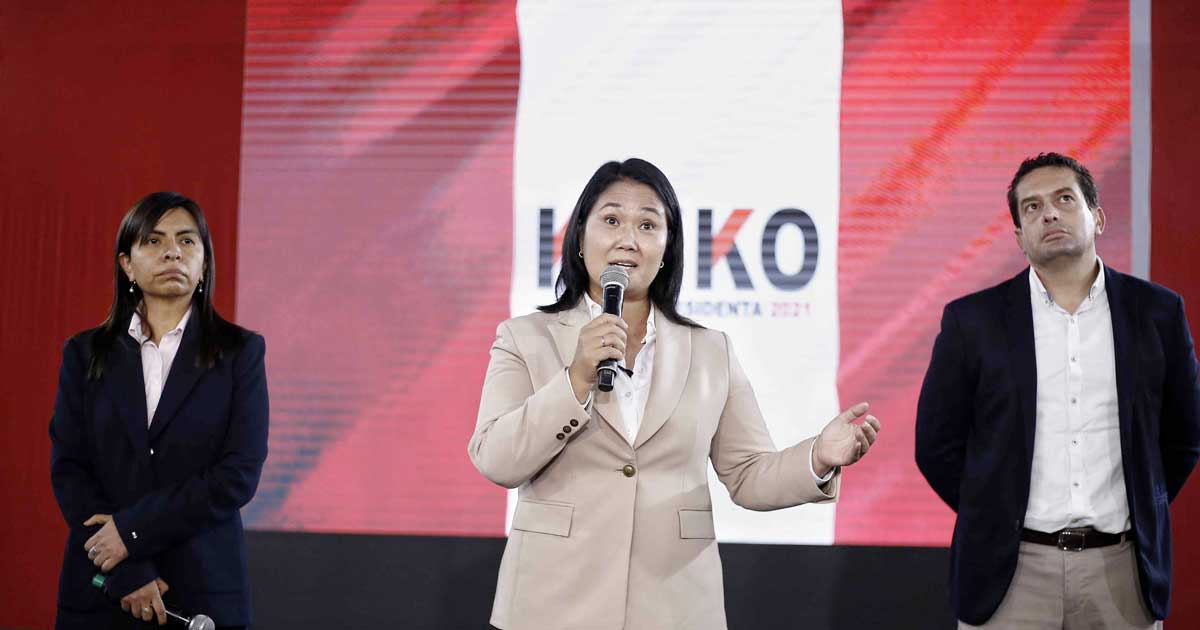 From the dream of invading the House of Pizarro and becoming president of Peru to the real risk of being behind bars. This is what the Peruvian right-wing candidate is witnessing Keiko Fujimori, the benefit of popular power Which begins not only with the loss of the ballot but also with the loss of observation. If the vote is on Sunday June 6 For the presidential elections, the official definition is being prepared with a victory Socialist Pedro CastilloIt’s the judicial side of reporting Daughter of former dictator Alberto Fujimori to harsh reality. The Peruvian Prosecutor Jose Domingo Perez Request to cancel an order Probation Keiko Fujimori and make an order Pre-trial detention in prison. Reason? Violation of certain conduct obligations in the course of an investigation that finds The 46-year-old right-wing populist leader Those accused of crimes ranging from money laundering to criminal association, forgery and obstruction of justice.

In particular, the prosecutor accuses Peru Mrs. K To communicate with a witness associated with the investigations, in the context of Odebrecht process. The attorney general’s request that came when the counting of votes in the ballot is in the final stages with the reassessment of some of the disputed ballot papers, refers to the submission of Miguel Torres’s photo, a Fuerza Popular member and witness to the investigation, serves as the party’s attorney. Indeed, on Wednesday, June 9, Torres accompanied Keiko Fujimori at the press conference during which the candidate announced a request to cancel 802 polling stations (about 200 thousand cards), chant allegations of “forgery”. Fraud that did not provide evidence, on the contrary: many international observers, as well as the National Electoral Tribunal, denied the allegations of irregularities made by the right-wing leader, which are now increasingly in the corner. ‘A silly request,’ Keiko Fujimori reacted to suing the attorney general, according to the attorney general. PerezHe wants to “continue to be the hero of this campaign”.

But the meeting with attorney Torres was forbidden by the semi-freedom regime, as the prosecution demanded a prison term of 30 years and 10 months. Fujimori was arrested twice between 2018 and 2020 on suspicion of receiving it Illicit financing from the Brazilian construction company Odebrecht For his 2011 campaign and the contributions of Peruvian businessmen not only to the 2011 campaign but also to the 2016 campaign (both lost in the ballot). Now, however, the charges relate to criminal association, money laundering, forgery and obstruction of justice. An accusation filed by Prosecutor General Perez in more than 13,000 pages, not only against the 46-year-old Fujimori, but also against other members of his party, which the prosecution asked to dissolve. Free on bail as of May 2020The former dictator’s daughter faced the election campaign and requested special permits to travel within Peru without being able to leave the country.

Support ilfattoquotidiano.it: we never need you like at this moment

In these difficult and unusual times, it is necessary to ensure that Information quality. for us from ilfattoquotidiano.it The only gentlemen are the readers. Unlike others, we want to offer journalism that is open to everyone, with no paid barriers. Your contribution is necessary to allow us to do this.
Be supportive too

Gaza, resumption of conflict can only be avoided through joint solutions الحلول

READ  A Chinese teacher has been sentenced to death for poisoning 25 students, and killing 1