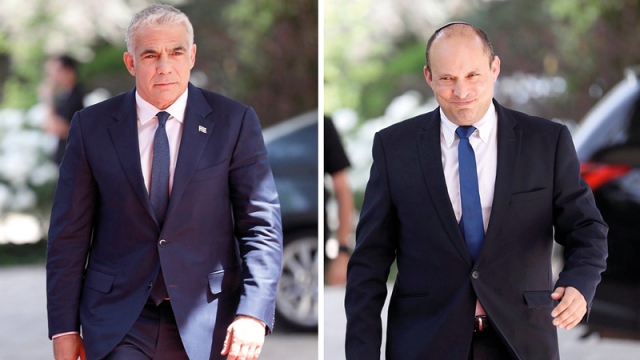 The two main rivals of Israeli Prime Minister Benjamin Netanyahu asked the Israeli President, Reuven Rivlin, yesterday, to give them a chance to try to form a government, after Netanyahu failed to form a government coalition before the deadline for that was expired the night before last. Netanyahu, 71, has been struggling to hold on to the position after four inconclusive elections since 2019.

The most recent elections were held on March 23, while Netanyahu is on trial on corruption charges, which he denies. It did not result in winning a sufficient majority, either for the prime minister or for a loose coalition that includes contestants from all shades of the political arena seeking to overthrow him.

A 28-day deadline to form a government coalition elapsed at midnight before last, after Netanyahu failed to agree on clauses with potential right-wing partners, paving the way for President Reuven Rivlin to assign another member of Parliament the task.

It is widely expected that Yair Lapid, 57, will be assigned to his centrist party, There is a Future, after Netanyahu’s right-wing Likud party. A power-sharing agreement was widely discussed, under which Lapid would swap the position with nationalist politician Naftali Bennett (49 years), leader of the Yamina party.

Rivlin met them separately, and a spokesman for the president said they had both floated their names to lead coalition talks.

The spokesman added that Rivlin may also meet with party leaders if they request a meeting. Under the law, he has to make a decision within three days, which includes the option of asking parliament to choose a candidate. There is also no guarantee that a potential coalition of left, center and right-wing parties outside the caretaker government of Netanyahu will succeed in overcoming and overthrowing the deep political differences between them.

Failure to get out of the crisis could lead to new elections, adding to the political turmoil in Israel.