Conflict between Australia and China opens the door to Argentine barley 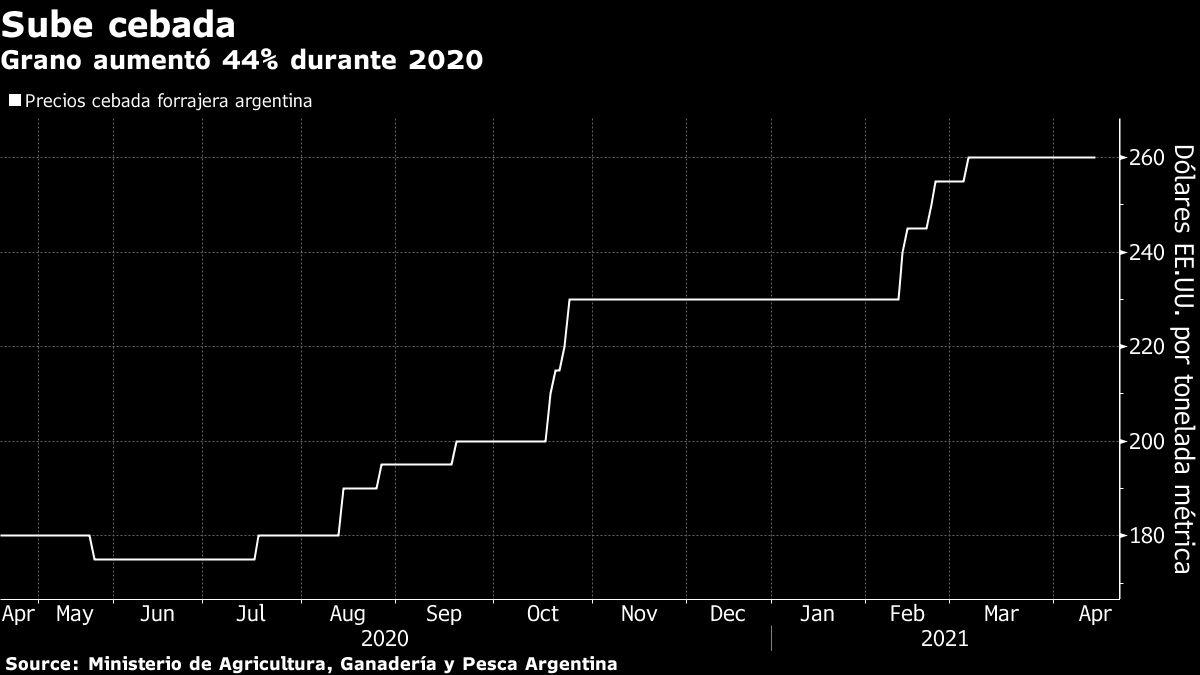 (Bloomberg) – Farmers in Argentina are looking to take advantage of a trade dispute between Australia and China.

Argentine producers are preparing to expand their barley farms by 28% this year, after China imposed tariffs on Australian exports of grain used to feed livestock, one of a series of similar restrictions imposed by Beijing after its relationship with the island deteriorated.

Farmers in the Argentine pampa crop belt often compete with Australia for a share of global wheat sales, while also shipping barley to camel herds in Saudi Arabia and other parts of the Middle East. However, diplomatic turmoil, which comes with mounting concern among Argentine farmers that the government may increase export taxes on wheat, has opened up the possibility of an alliance with China.

Since wheat and barley are nearly interchangeable when used as ingredients for animal feed, barley is often a much sought-after substitute when wheat prices rise dramatically. Since the end of June, US wheat futures are up 53%, hitting an eight-year high last week.

In the past decade, Australia has been the largest supplier of barley to China, according to MIT Media Lab data, with the Asian giant sourcing more than half of its imports from Australian farms.

For more articles like this, please visit us at bloomberg.com

subscribe now To stay ahead of the curve with the most trusted business news source.