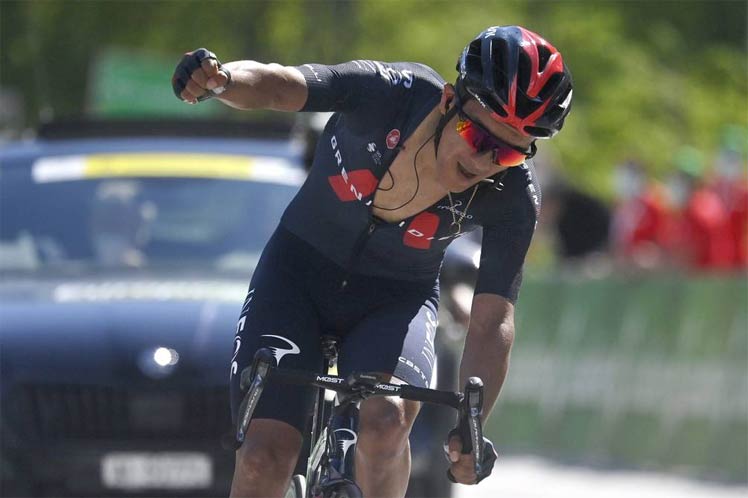 BERN, June 13 (PRENSA LATINA) Ecuadorean Richard Cabaraz became the third Latin rider to win the Tour of Switzerland today, having maintained the lead in the race despite being chased by Colombian Rigoberto Uran.

The rider from the Ineos lineup finished at the top of the general classification by 17 seconds over the EF Education-Nippo coffee rider, who cut a good time in the time trial on Saturday but failed to make it on Sunday in the eighth and Saturday. Final stage.

The victory in the Swiss event confirms Cabaraz’s intentions to organize the Tour de France, the main competition on the world circuit, and his goal this season after already having the Giro d’Italia (2019) in their bids.

Since his gala partner, Colombian Egan Bernal, did not participate in Ineos, the Ecuadorean gained a prominent place among the representatives of the powerful British team, which also includes Simon Yates in its champions.

Specifically, Bernal was the 2019 Swiss Grand Prix champion (not celebrated in 2020), just before winning the Tour, the same double that Caparaz is striving to complete this year.

Prior to that, Colombian Miguel Angel Lopez also dominated the tour to the Swiss country in 2016.