Malaysia asked North Korean diplomats to return to their country 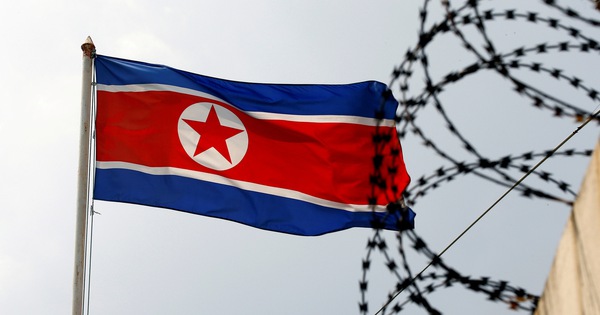 Outside the Korean Embassy in Kuala Lumpur, Malaysia – Photo: Reuters

Reuters cited a foreign ministry statement on March 19 in which it criticized Pyongyang for its influence in promoting peace and stability in the region.

Accordingly, Malaysia will implement the procedures to close the embassy in Pyongyang, which has been closed since 2017, and all diplomats will also return to the country at that time.

Meanwhile, Malaysia will force all diplomats at the Korean Embassy in Kuala Lumpur and their families to leave and return home within 48 hours.

Malaysia affirmed that it has the right to respond to North Korea’s decision to protect sovereignty and protect national interests.

“Malaysia believes that our position on this unfortunate development will be understood by friends and partners committed to the principles of justice, rule of law, peaceful coexistence between nations, and respect,” the country’s foreign ministry said.

On March 19, the Korean Central News Agency quoted the North Korean Foreign Ministry as saying that the country would cut diplomatic ties with Malaysia after a Malaysian court allowed the extradition of a Korean person to the United States.

North Korea said that North Korean citizen Moon Chul Myung is participating in “legitimate foreign economic activities in Singapore,” asserting that the money laundering allegations are “fabricated.” The US Federal Bureau of Investigation (FBI) has accused him of leading a gang of criminals who violate sanctions, including supplying banned items to North Korea and laundering money through front companies.

Malaysia confirmed that Mr. Moon had guaranteed him all rights when he was arrested, including access to North Korean lawyers, consulate personnel and family.

The United Nations and other countries, including the United States, have imposed sanctions on North Korea over its nuclear weapons program, including a ban on the export of luxury goods to North Korea.

North Korea announced that it had cut diplomatic ties with Malaysia

On March 19, the Korean Central News Agency (KUNA) quoted the North Korean Foreign Ministry as saying that the country will cut diplomatic ties with Malaysia, after a Malaysian court ruled that a Korean person could be extradited to America.