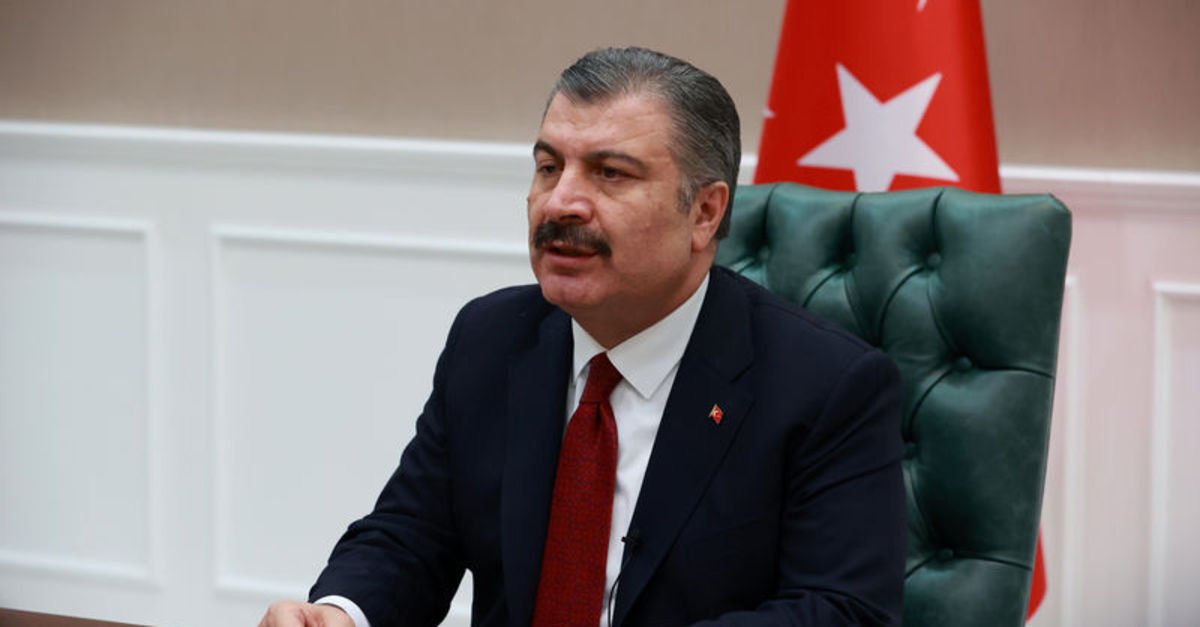 Speaking about the Omicron variant, Health Minister Fahrettin Koca said: “Yes, we have. Do not worry. 6 cases have been detected so far, 1 in Istanbul and 5 in Izmir. These six cases do not need a hospital. Patients with symptoms Mild, outpatient follow-up, without any issues.”

What are the symptoms of Omicron?

The World Health Organization has announced that the new mutation, called B.1.1.529, has changed its name and given it the name “Omicron”. The World Health Organization said in its statement that this mutation is more contagious, “This mutation has a large number of mutations, some of which are alarming. The preliminary results are that the new mutation carries a higher transmission risk.”

The World Health Organization has named the new coronavirus variant discovered in South Africa “Omicron”. According to preliminary results, the omicron variant, which is spread from South Africa and Botswana, carries a higher transmission risk.

In the written statement issued by the World Health Organization (WHO), he touched upon the details of the meeting held to assess the new mutation of coronavirus (Covid-19) seen in South Africa called B.1.1.529. She noted that she classified a new mutation as a “VOC mutation”.

Where was it first seen?

British Health Minister Sajid Javid said in a statement to the British House of Commons that the mutation caused “significant international concern”, but that no cases had been detected in the UK. Noting that the experiences obtained show that “it is necessary to act quickly and as quickly as possible,” Javid noted that the B.1.1.529 mutation may have spread to other countries of South Africa and Botswana.

In the statement issued by the Ministry of Health of the Hong Kong Special Administrative Region of China, it was reported that a new mutation was detected in one South African person in Hong Kong and in one guest who tested positive a few days later in the same quarantine hotel. The ministry indicated that the two cases were fully vaccinated against Covid-19.

Belgian Health Minister Frank Vandenbroek announced in a statement that the new mutation had been detected in a non-immune person and that the person tested positive on November 22.

See also  The new list of countries with high epidemic risks. Those coming to Romania from these countries must be placed in quarantine / Turkey, Ukraine and Croatia - included in the yellow list - essential

Many countries have suspended their flights

After B.1.1.529, the new mutation of Covid-19, was detected in South Africa earlier this week, authorities in several countries are taking measures and tightening travel restrictions. Several countries, including the United Kingdom and Singapore, have decided to stop their flights to South African countries.

In the statement issued by the British government, it was mentioned that South Africa, Botswana, Namibia, Zimbabwe, Lesotho and Esvatini have been placed on the red list of travel due to the surge and that people coming from these countries must implement hotel quarantine for 10 days.

In addition, Singapore, Italy, France and Israel are among the countries that put Mozambique on the red list, while Japan announced that as of Saturday, travelers from South Africa must quarantine for 10 days and take a total of 4 tests during this time.

US President Joe Biden made a written statement regarding the new variant of Kovid-19 emerging in South Africa. Noting that his advisers advised him to act immediately against this alternative, Biden stated that from Monday, travel restrictions will be applied to South Africa, Botswana, Zimbabwe, Namibia, Lesotho, Esfatini, Mozambique and Malawi.

The latest case in Turkey

Fahrettin Koca announced that 6 omicron cases were detected in Turkey. He stated that 5 of the cases were in Izmir and one in Istanbul.

While new findings and explanations about the Omicron variant, which worries the world, continue to emerge, the more contagious variant of the coronavirus has also spread to Turkey. The Omicron variant, seen in 57 countries in total, was seen in 6 patients in Turkey. It was announced that 5 of these patients were in Izmir and one in Istanbul.

In response to the questions of the deputies in the budget discussions in Parliament on this issue, Minister of Health Koca said, “We have 6 Omicron cases. There is 1 case in Istanbul and 5 cases in Izmir.” He said.

You can also take a look at this