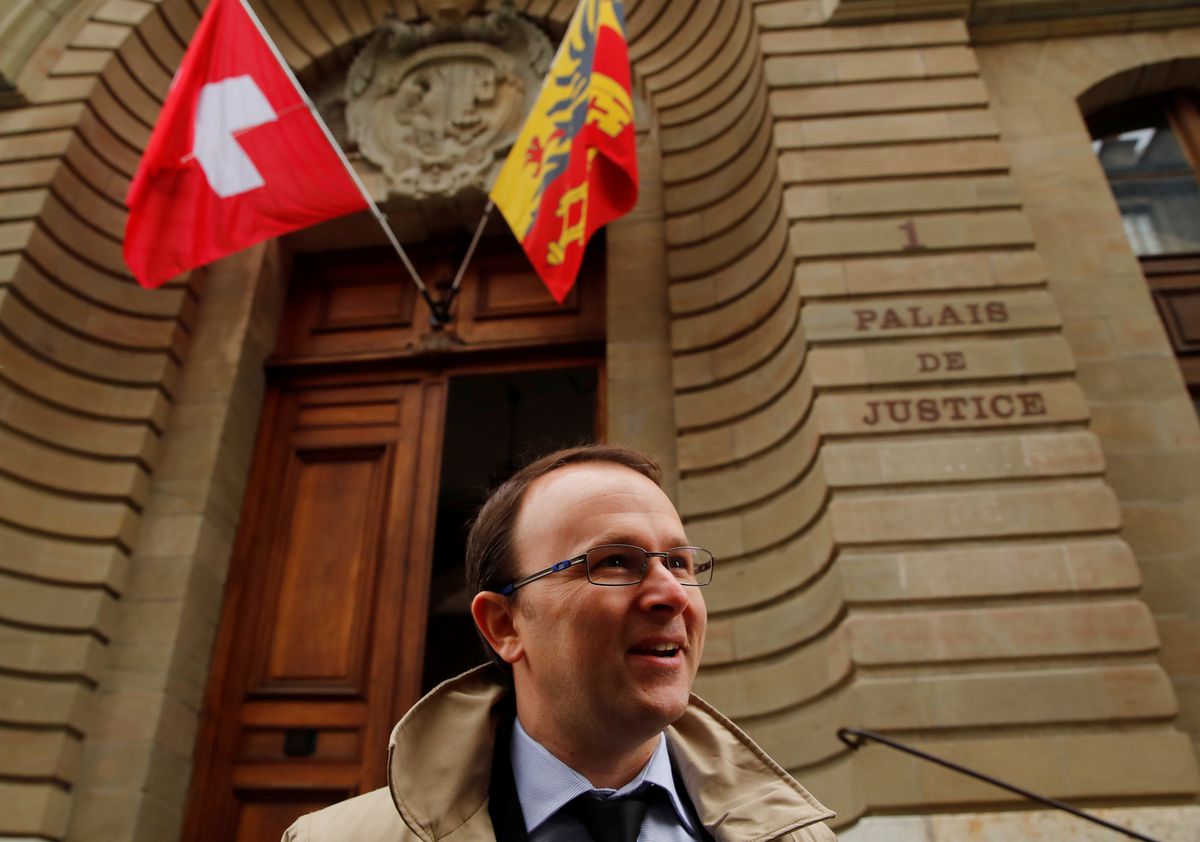 three years ago, Swiss Prosecutor Yves Bertosa I ordered a search in the secret offices of the Rhône Gestion, a five-storey building in the center of Geneva on the banks of the Rhone, where documents The secret account of Juan Carlos I. After 36 months of this hidden search, the court case that led to this discovery is still pending. The judicial proceedings, which have never stopped, have continued in recent weeks with new investigations, without charges being brought against the former King of Spain or being called to testify.

Bertosa accused all actors in the case of alleged aggravated money laundering, with the exception of the Saudi government, which was transferred on August 8, 2008 to Lucum Foundation Hidden Account 65 million and then the head of the Spanish state who received them. “After three years of investigations and without new evidence, it makes no sense now to call him to testify,” says a source close to the investigation.

The wisdom of the Swiss prosecutor, according to some sources due to the lack of more solid evidence, is reflected in the fact that he has not yet sent a judicial authorization (request for legal aid) to Saudi Arabia to explain why these 65 were transferred to the honorary king from the Ministry of Finance. in a Get to know your customer (Know Your Customer), Mirabau & Cie Bank Deposit Form, showing only the explanation that it was a “pure gift” (a pure gift) from King Abdullah bin Abdulaziz to his “brother” Juan Carlos I.

Today, the proceedings of the Geneva Cantonal Public Prosecutor’s Office regarding the alleged payment of commission for the construction of the AVE to Mecca by a consortium of Spanish companies are still active and focused on the same core of persons as at the beginning of the investigation, in the fall of 2018. All of them are in the status of “prévenues” (name of the defendant in Switzerland).

Swiss prosecutor suspected that $ 65 million may be a commission payment for The 30% reduction offered by Spanish companies in their final bid for work grants. The defense of all those investigated is almost identical: the money was received three years before the job offer, and commissions, in general, are paid by successful bidders, and not by the countries in which they are performed.

Through Bertosa’s office, in a modern glass building a five-minute metro ride from the heart of the city, all the accused circled several times accompanied by their lawyers in Geneva. Judicial sources said they will continue to do so in the coming months.

What affects more is what happens closer. In order not to miss anything, subscribe.

Arturo Fasana, External Account Manager for the honorary king and owner of all the secrets surrounded by the walls of Ron Gestion painted yellow; Dante Canonica, attorney and director of the Panamanian Locom Foundation, whose 65 million were hidden under its opaque structure; Corina LarsenJuan Carlos’ first exam that took place in 2010 64.8 million euros from the latter in the account of his company Solare in Nassau (Bahamas); and Yves Mirabeau, president of the bank who, As revealed by EL PAÍS, it has just shipped by Bertossa for not reporting the Money Laundering Reporting Office of Switzerland (MROS), the Swiss administrative body that ensures the fight against money laundering in that country’s banks. The bank is also loaded as a legal entity.

In front of the Prosecutor Alvaro de Orleans, the king’s titular cousin, owner of Founding of Liechtenstein Zagatka who – which More than eight million were paid to Juan Carlos I and three million to Corinna Larsen on private jets. This brought them back at the request of Juan Carlos I and the payment was made by Canonica, according to German consultancy.

Bertosa did not request information from Saudi Arabia, But he did so at the Swiss Institute of Comparative Law in Lausanne. This prestigious body, under the Ministry of Justice and the Swiss Federal Police and attended by judges and prosecutors to learn about the legal framework in which transnational crimes operate, has issued a report questioning the 65 million donation that was made. . This center believes that the donation of these qualities by a public official would have violated the legislation of that country and harmed its public treasuries. The report did not mention the Saudi king, who died in 2015.

The defenses of all those investigated submitted their own reports as the opposite thesis ended: King Abdullah bin Abdulaziz had a job to donate this money without violating the law. The Public Prosecutor referred them to the aforementioned institute for a decision.

Bertosa did not throw the towel. Its investigations in recent months have focused on Mirabaud & Cie due to an alleged lack of diligence on the part of its managers. Honorary King’s Account Only the bank’s six partners were aware of this and the contract was kept in a safe. A source close to the case is taking the risk, saying, “The attorney general will not close this case without prosecuting or bringing anyone to trial.”

In Switzerland, the case of 65 million received by Juan Carlos I is still open, although in the opinion of people close to the judicial investigations, it seems that it will not bring many surprises.