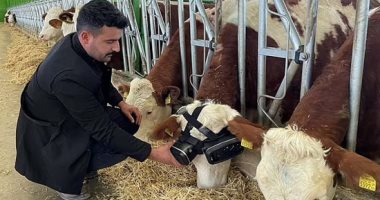 A Turkish farmer has provided his cows with virtual reality glasses, so that they think they live in summer pastures, after he heard about a study confirming that fun scenes make cows happier and produce more milk. the sun His experiment yielded some good results, increasing milk production from 22 liters to 27 liters per day, according to the British Daily Mail website.

Izzet Kocak, a farmer and rancher from Aksaray, Turkey, talked about the scenes the cows see.

The newspaper pointed out that the headsets and virtual glasses for the cows were tested for the first time by veterinarians on a farm in Moscow, and the farmers worked with developers, veterinarians and consultants at the Krasnogorsk farm near Moscow, to transform the cattle into a simulation of a summer field, through virtual glasses.

The study of cows who wore virtual glasses revealed “reduced anxiety and improved general emotional mood in the herd,” according to the Moscow Ministry of Agriculture and Food..

and developed virtual glasses For cows by taking human virtual reality glasses according to the specifications of the animal’s head, as IT professionals have modified the color palette in the program to make it more suitable for the animal’s unique vision.

Although cows are not color blind, they cannot see red or green and perceive only faint shades of yellow and blue.

Not only does Ezzat use virtual reality glasses for the cows, but he also plays classical music for 180 animals to calm them, and he plans to buy ten more headphones. 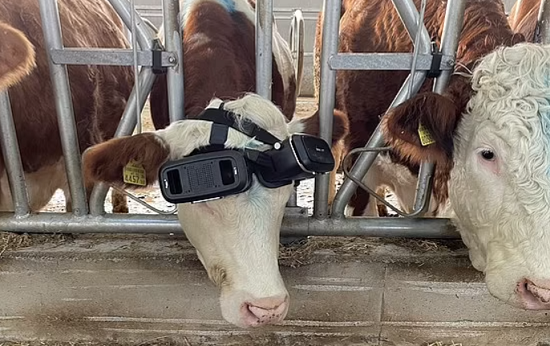 Another picture of a cow wearing glasses 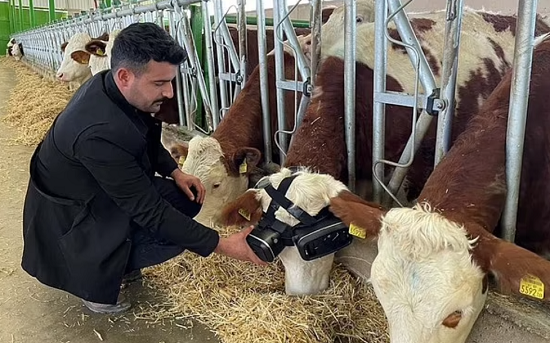