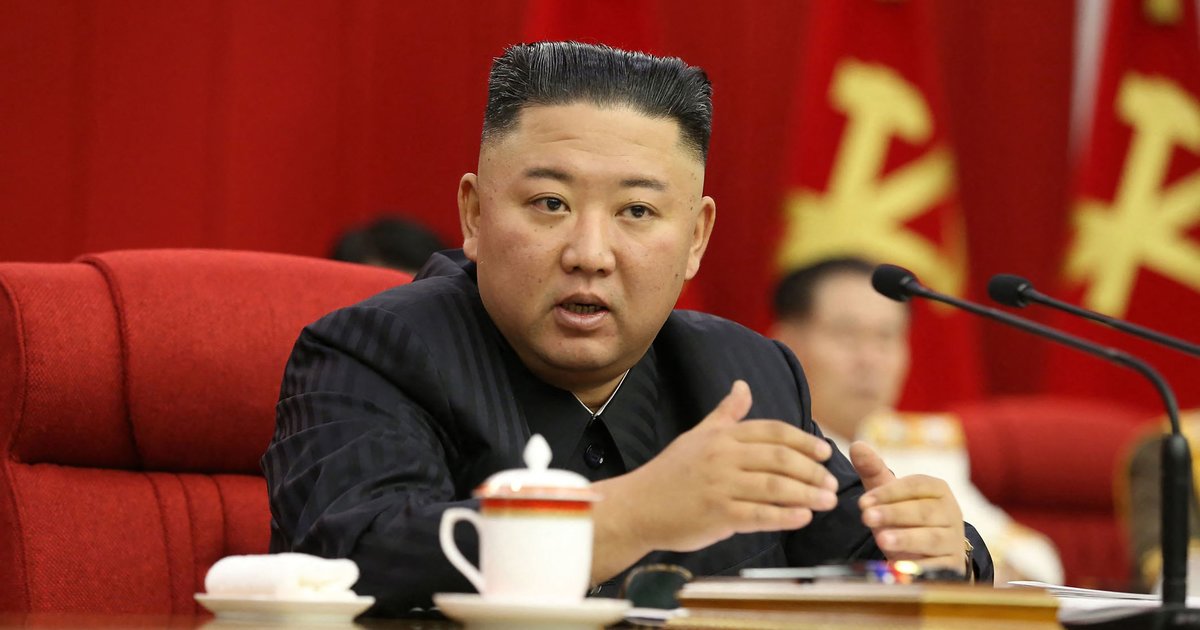 North Korean leader Kim Jong Un said his country should prepare for “dialogue as much as it prepares for confrontation” with the United States under President Joe Biden, the official Korean Central News Agency reported on Friday.

Kim Jong-un stressed “the need to prepare for dialogue as much as for confrontation, especially full preparation for confrontation,” during a speech on his strategy toward Washington at a plenary meeting of the party’s Central Committee, according to the Central News Agency.

The official agency said that the North Korean leader “called for a lively and quick reaction to the rapid development of the situation and to focus efforts on the stable control of the situation on the Korean Peninsula.”

US President Joe Biden, whose “hostile policy” Pyongyang denounces, does not rule out meeting North Korean leader Kim Jong Un one day, but stresses that he will not do so without clear commitments from the latter.

In May, he criticized the approach of his predecessor Donald Trump, who met “Chairman Kim” twice, in Singapore and then in Hanoi, without reaching tangible results. He insisted, “I will not give him international recognition” without his peers. He had said he had “no illusions” about the difficulty of persuading North Korea to give up its nuclear arsenal, after an interview at the White House with his South Korean counterpart Moon Jae-in.

“We have no illusions about the difficulty, there are no illusions at all. The last four administrations have not achieved the goal. It is a very difficult goal,” he told reporters, announcing that he had appointed veteran diplomat Sung Kim as Pyongyang’s special envoy.

READ  Glass window bridge and Eleuthera exhibits in the Bahamas

Negotiations between the United States and North Korea have stalled since the failure of the second summit between Donald Trump and Kim Jong Un in Hanoi in 2019.