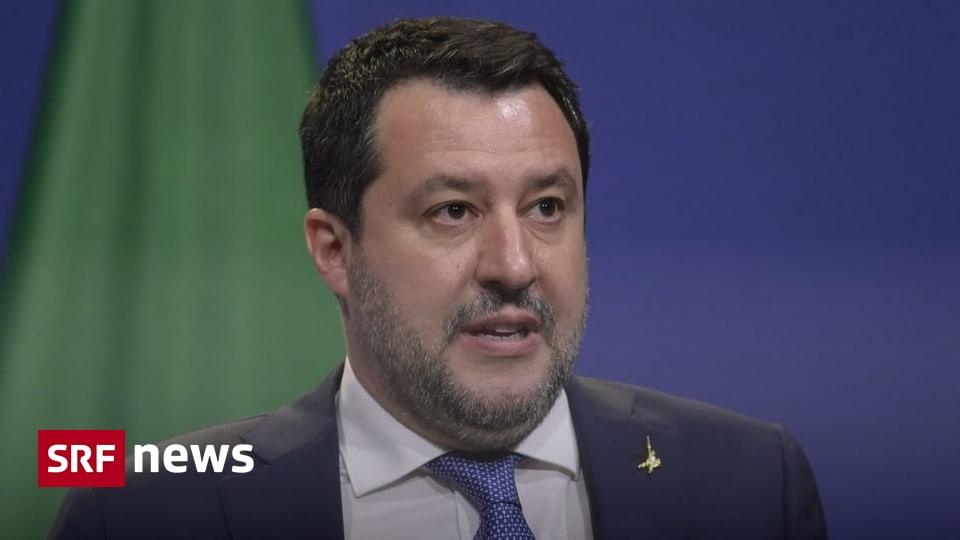 According to reports, Salvini is responsible for the abuse of position and deprivation of liberty. Lega boss dismisses allegations of criminal offense. This was also confirmed by his lawyer, Julia Bongiorno, at the preliminary hearing.

Salvini quoted a constitutional article in a tweet in which he said that “defending the homeland is a sacred duty for the citizen.”

The link opens in a new window

Salvini always argued that he acted in Italy’s favor alongside the then-center-right government led by Giuseppe Conte. According to Savini, the Open Arms crew could also call at other ports, for example in Malta. The aid organization welcomed the court order on Saturday.

Salvini’s approach has been criticized by European Union countries

As a minister, Salvini repeatedly stopped ships carrying boat migrants until other European Union countries agreed to accept people. And the journey, “Open Arms”, which rescued about 150 people, lasted three weeks, according to the operator. A week later, the ship was waiting off the Italian Mediterranean island of Lampedusa.

Salvini’s lawyer indicated after the appointment in Palermo that the judge had not yet issued a ruling of his decision. It is only officially entering a new phase.

Another case is required

At another preliminary hearing in Catania in another ship case, the prosecutor’s office recently called for the termination. The authorities there said that the former interior minister had not violated any international agreements on the blockade of boat migrants.

This includes the Coast Guard vessel, “Gregoretti”, which 131 migrants had to wait on board at the end of July 2019. In Catania, the court wants to decide whether to start the operation in mid-May.

Salvini could face up to 15 years in prison if found guilty. Her political activity can also be temporarily stopped. Salvini’s Lega has been an important part of Prime Minister Mario Draghi’s broad government coalition since mid-February. Lega boss himself has not held a cabinet position for a long time.