in space at the age of 82; Valley Funk is the oldest astronaut 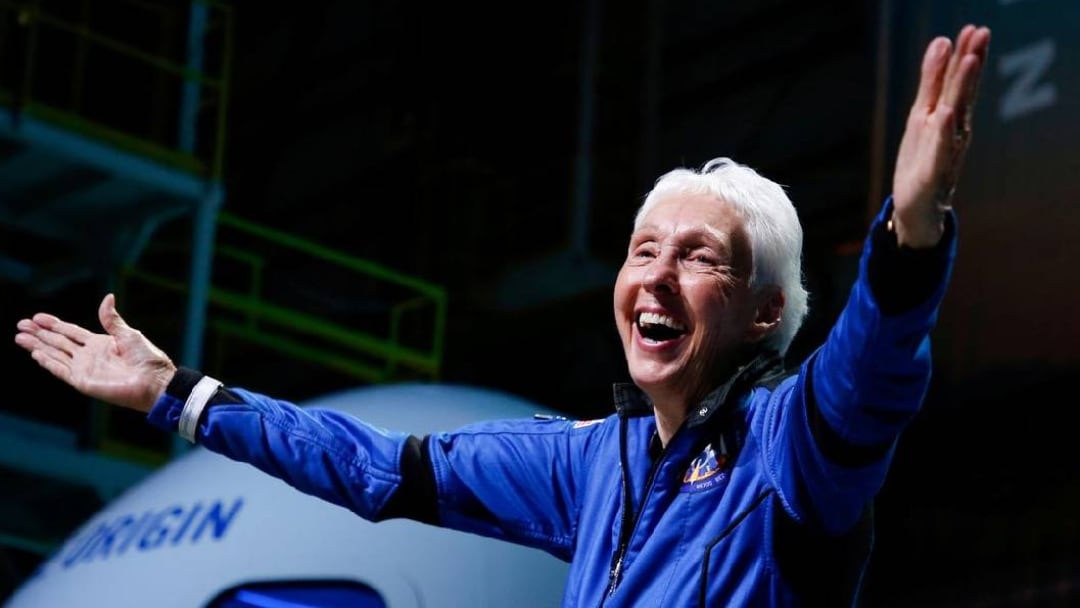 WomenWe are surrounded by people who have been discriminated against, marginalized and denied opportunities. Some find their own ways and rise over time. An example is the life of a woman named Wally Funk. Earlier, Amazon founder Jeff Bezos told the world that Valley Funk would be his special guest when he launched his own spacecraft, New Shepherd, into space. Yes, 82-year-old Wally Funk made his dream come true

In 1961, Wally was the youngest member of the NASA astronaut crew. She was 21 years old at the time. Valley was a member of a space mission called “Mercury 13”. But in the end, NASA decided not to send the group of women into space. Wally Funk, who lost his chance to be born a woman, had to wait 61 years to fulfill his dream.

Wally, who lost the title of youngest astronaut at the time, now has the distinction of being the oldest astronaut.

Wally Funk was one of the first women to obtain a pilot’s license in the United States. But the opportunity to fly the plane was denied on the grounds that she was a female. Three airlines rejected the applications on the grounds that she was female. But this did not deter Wali. Valley is credited with being the first female air safety investigator in the United States, the first civilian flight instructor, and the first female inspector for the Federal Aviation Agency. The valley trip took 19,600 hours. In addition, more than 3,000 people have been trained to be pilots in the valley.

An 82-year-old woman named Wally Funk has wanted to travel to space her whole life — and today, she’s fulfilled her dream.

Join Amazon founder Jeff Bezos aboard his rocket ship as it takes off from Texas on an 11-minute round trip into space.Tweet embed | #5 News pic.twitter.com/I1VB66QZBw

She was the first woman to enter space in 1963. Valentina Tereshkova was from the Soviet Union. Despite this, Wally reached out to NASA three more times, hoping it would be taken into account. But the result was a disappointment.

Wally, Bezos and their crew landed on the Blue Origin spacecraft, which launched from Texas on July 20. The trip was only ten minutes. Wally told CNN about the travel experience that he wasn’t afraid and that he wasn’t that old girl and enjoyed the trip.