Hundreds of migrants in Belarus leave the border camps 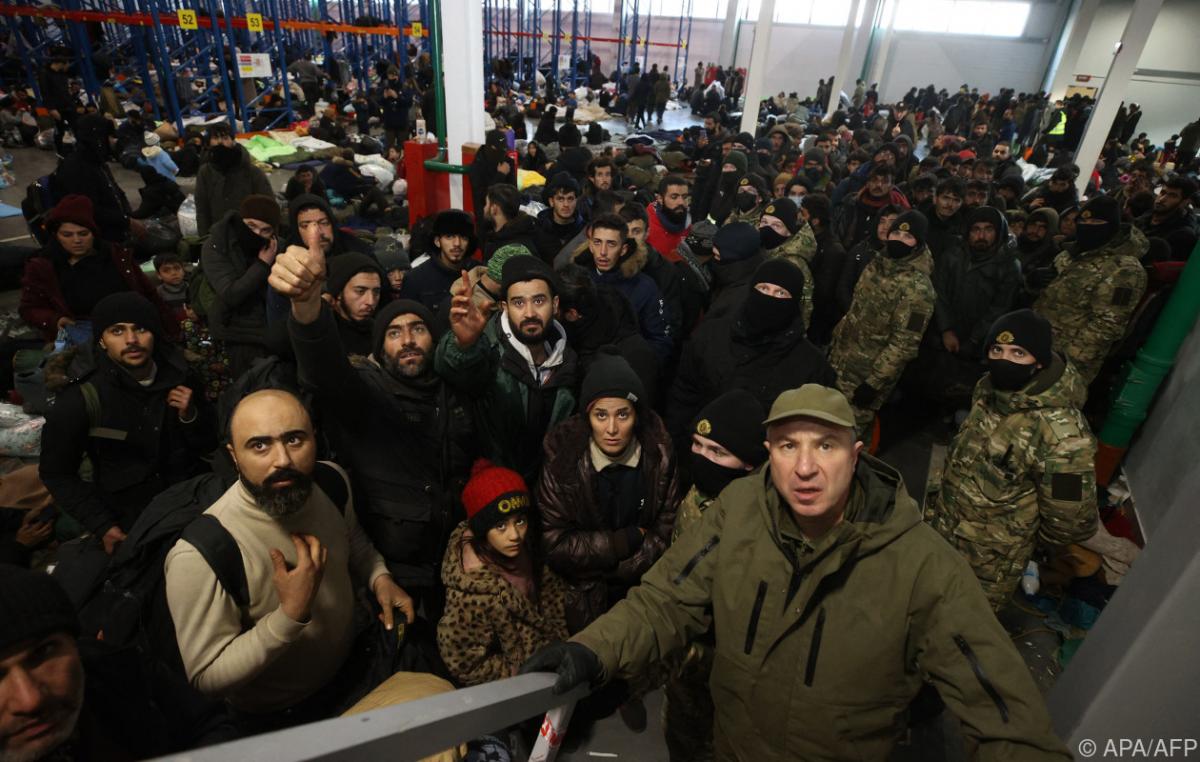 In Belarus, according to the border guards, hundreds of migrants left a temporary camp on the border with Poland. On Thursday, all the refugees were moved from the camp near the Brozhje border crossing “on a voluntary basis” to a nearby logistics center, Belarusian border guards reported on Telegram. The authorities also released pictures of the apparently deserted camp, in which about 2,000 people have been waiting for the past few days.

On Tuesday evening, more than a thousand people were moved from the camp to a huge warehouse. However, according to Belarusian authorities, about 800 other people slept in tents or around outdoor campfires in sub-zero temperatures.

The border guards said these migrants have now also been taken to the warehouse due to “deteriorating weather conditions”. There they receive warm food and warm clothes.

The makeshift camp was in a wooded area not far from the Borouzi border crossing. On Tuesday, Polish security forces used tear gas and water cannons against refugees there. The Polish border guards have now confirmed the evacuation of the camp.

On the EU’s external borders with Belarus, and especially on the border with Poland, thousands of refugees from the Middle East, including many Kurds from northern Iraq, have been stuck in icy temperatures for weeks. The European Union accuses the Governor of Belarus, Alexander Lukashenko, of deliberately smuggling refugees to the border area with the European Union.