How the white shark mysteriously disappeared from Cape Town Bay 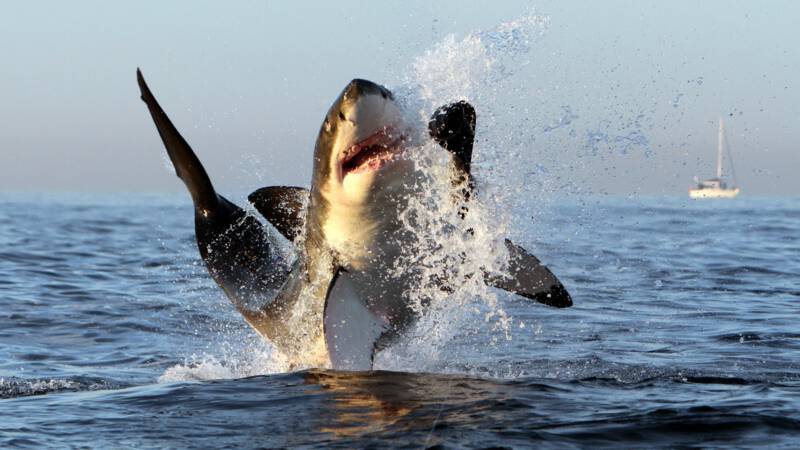 Experts are trying to find out what happened to the white shark. Last year, the government brought together a team of local and international experts. Their main conclusion was that the disappearance of the white shark was linked to the arrival of a small number of orcas to the Gulf in 2015. Orcas eat white sharks.

“These are two orcas that we called Port and Starboard,” says Waris. “Those killer whales hunt together and tear up white sharks to eat their livers. We know this because we found carcasses.” Experts do not believe that all white sharks have been killed, but the majority leave due to fear of orcas.

According to this theory, white sharks migrated. But where? Marine biologist Sarah Andreotti of Stellenbosch University has been studying white sharks since 2009 and does not believe in the killer whale theory. “It’s a good story, but it distracts from the other reasons. The reasons why we as human beings are responsible and what the government can do something about it.”

I’ve always been concerned about the decline in the number of white sharks in South Africa. In 2016, I published a study in which I wrote that on the coast of South Africa there are only 353 to 522 white sharks of low genetic diversity. Much less than you are supposed to. According to her, sharks often count the same shark multiple times.

The biologist worried that the white shark did not disappear, but it was Extinct. Andreotti cites a variety of reasons why the white shark has long been endangered on the coast of South Africa: pollution, shark nets that protect swimmers and surfers where sharks are trapped, sharks that fishermen catch as bycatch, and most importantly: fishing Unjust.

“We really need to pay more attention to this because the entire ecosystem is changing with the disappearance of the white shark. We can do a lot like put small shark species on the protected list and put cameras on commercial fishermen boats so we know what they are if we assume that orcas are the cause, and therefore We do not interfere, we may be responsible for the extinction of the white shark. “