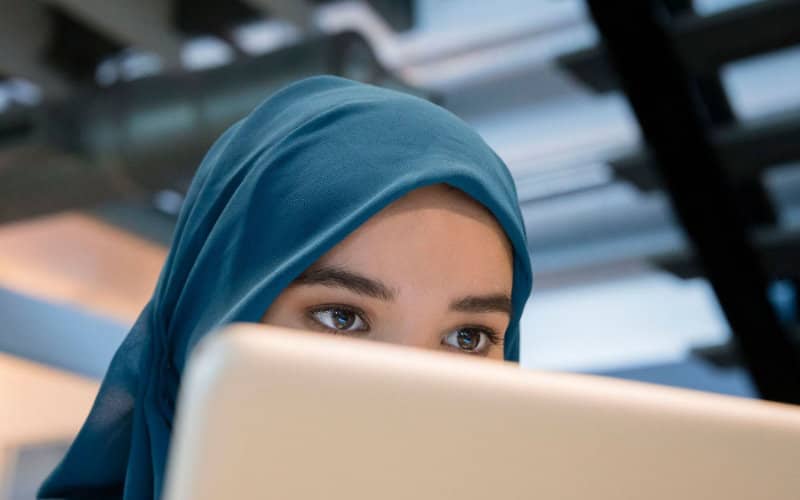 “The ban on wearing any visible expression of political, philosophical or religious beliefs can be justified by the necessity for the employer to display an image of impartiality towards clients or to avoid social conflicts,” the court said in a press release. It was seized by two Muslim women living in Germany, a professional teacher, sales consultant and cashier who challenged the ban on Islamic headscarves in their workplace.

The two Muslim women wanted to know if there was an internal company rule, which forbids workers to wear any visible sign of political, philosophical or religious beliefs in the workplace, regarding workers who adhere to certain dress codes based on religious teachings, direct or indirect discrimination on the basis of religion or belief, and under what circumstances any difference of treatment based on religion or belief that results from such a rule is likely to be justified and what factors should be taken into account when examining the appropriateness of such a difference in treatment.”

Read: Wearing the hijab in Belgium: opinions on neutrality and secularism

According to European Justice, the headscarf ban does not constitute direct discrimination on the basis of religion or beliefs “because it indifferently aims at any manifestation of these beliefs and treats all employees of the company in the same way, by imposing on them, in general and undifferentiated, the neutrality of clothing against the wearing of such these marks.” However, the employer must demonstrate that this is a “genuine need”, in particular the “legitimate rights and expectations of customers or employees and, more specifically, with regard to education, the desire of parents to see their children under the supervision of people who do not express their religion or beliefs when they are on contact with children.