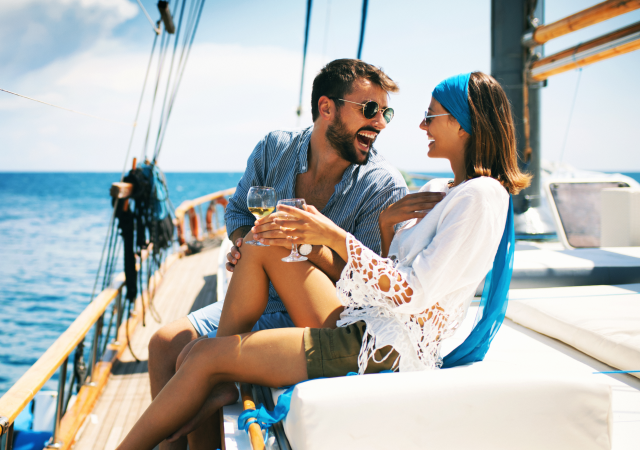 Happiness? You can buy it. It just depends on how much you are willing to pay. Research conducted by the United States National Academy of Sciences identifies a high level of personal satisfaction with a minimum of $75,000 per year. Now at least we know how much it actually costs.

Extensive studies by the US National Academy of Sciences say so. He found the research, which initially highlighted how well-being does not appear to rise much above an annual income of $75,000, roughly representing a line of strong perceived satisfaction. However, further insights were drawn from a million real-time reports on well-being, tested on a large US sample. These tests showed that well-being would increase linearly with income, above $80,000.
This suggests that higher incomes may still have the potential to improve people’s daily well-being.

But how is happiness measured?

Two forms of well-being were measured in this study:

Why does money buy happiness?

The report warns that no theory behind the cause Happiness increases with income It is purely my guess. However, it does list some possibilities:

More comfort
As a person earns more, he may have the ability to buy things that reduce suffering. This is especially true when comparing low-to-middle-income groups: larger incomes of less than $80,000 per year still show a strong association with low negative sentiment.

Control appears to be related to respondents’ happiness levels. In fact, a sense of control accounts for 74% of the association between income and well-being.

Financial issues
Not all respondents care about money. But for those who did, it had a huge impact on their perceived well-being. In general, low-income people were happier if they didn’t value money, while those with higher incomes were happier if they thought money was important.

Meanwhile, at the same time as this research, the new Report on World Happiness Levels for 2021 has been published. The report answers, or attempts to do so, the question:

It is generally understood that having enough money to cover your needs and desires can help you lead a happy and relatively comfortable life.

However, there is a lot. Happiness levels depend not only on financial security, but also on a broader perception of an individual’s social support, personal freedom, and more.

This map series pulls data from the World Happiness Report to find out the average scores of 149 countries between 2018-2020 and which were the happiest or most unhappy.

To return to the previous question: How is happiness measured?

First, let’s look at the factors used to calculate global happiness levels. Some of the obvious indicators are health and wealth, which interest in both is steadily increasing all over the world. The report takes this into account, with per capita GDP and life expectancy weighted in degrees.

This year, there has been a natural focus on measuring the negative effects of the COVID-19 pandemic on happiness levels, such as worsening mental health risks. Moreover, these measurements varied according to each country’s response to the crisis. But let’s see how happiness changes according to geography

Canada maintains its position as the happiest country in North America, even as its overall global ranking has declined over the years. In 2019, it ranked 9th globally, dropped to 11th in the 2020 edition and then dropped to 14th in this year’s report.

Haiti continues to do poorly as the region’s most miserable, with annual GDP growth averaging just 1.3% over 20 years. The pandemic has exacerbated the weakness of its economy and political instability, slowing efforts to reduce poverty and widening inequality.

Uruguay is the happiest country in South America. The nation has also achieved equal access to basic services, from education to electricity. 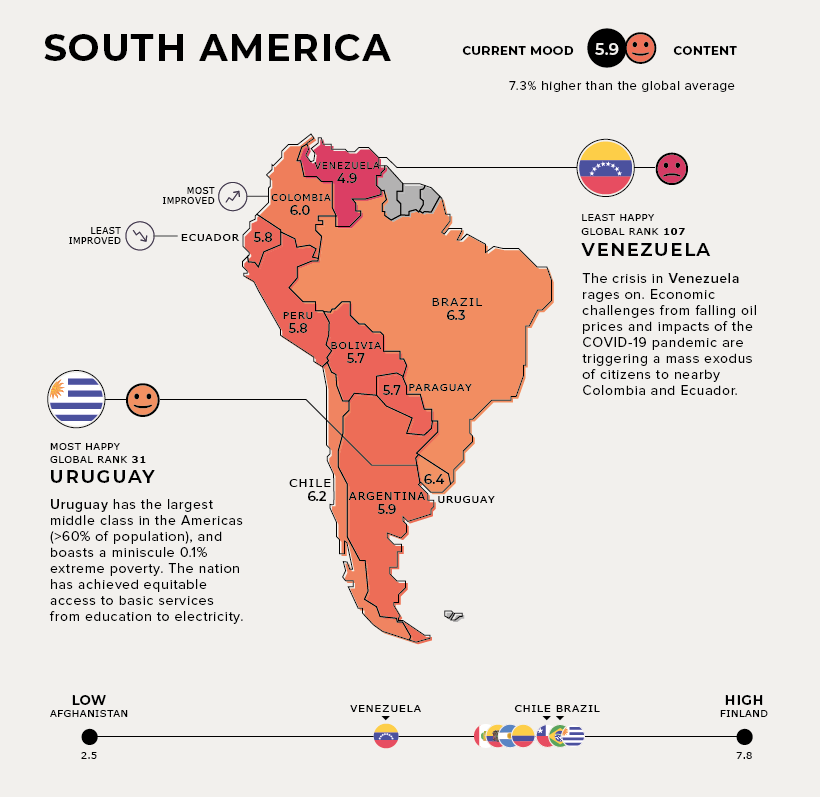 The trio of Colombia, Ecuador, and Venezuela are going through different stages of progress in their happiness levels, but their relationship is very interconnected.

Venezuela and Ecuador face similar economic challenges and sharp drops in oil prices. Venezuela is also heavily affected by social and political unrest, which has led to a mass exodus of citizens to Ecuador and Colombia. Colombia, the country with the most improvement, has halved the poverty rate over the past decade. In addition, it has received nearly 2 million Venezuelan immigrants as of December 2020 and plans to provide them with up to 10 years of protected status.

Finland remains at the top of the rankings as the happiest country in the world. This year’s ranking was also affected by high levels of confidence in how the COVID-19 pandemic is being handled.

READ  France would like the EU to use more French

Croatia is the country that has improved the most.. 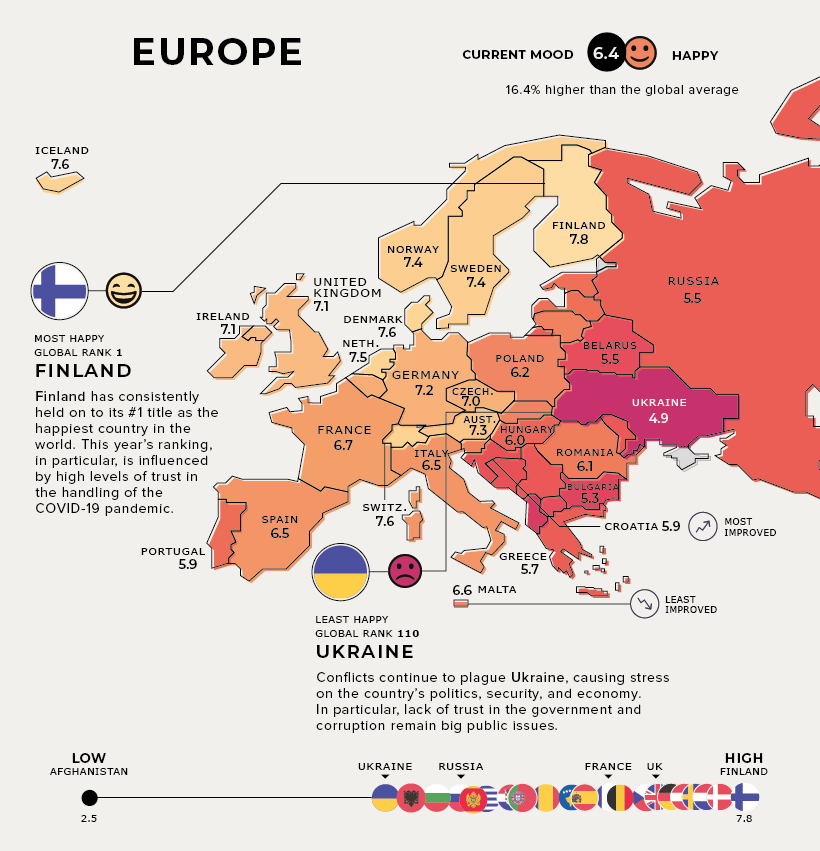 Ukraine is the most miserable in Europe. In general, happiness seems to be more present in the Nordic countries. But was it not always said that they were cold, that they were sad, that they were far from happy and joyful, and that to find different moods they had to run to our latitudes? Instead, values ​​are moving toward our shores.

Could it be that, despite having everything to be happy, we can’t really be happy? Well, perhaps it seems trivial to talk about happiness through a report, perhaps each of us knows how happy we are. Perhaps better use of research and research money will make everyone happier. or not?!

According to the report, Italy will be in 25th place.