“Giving back to African youth is part of their heritage” 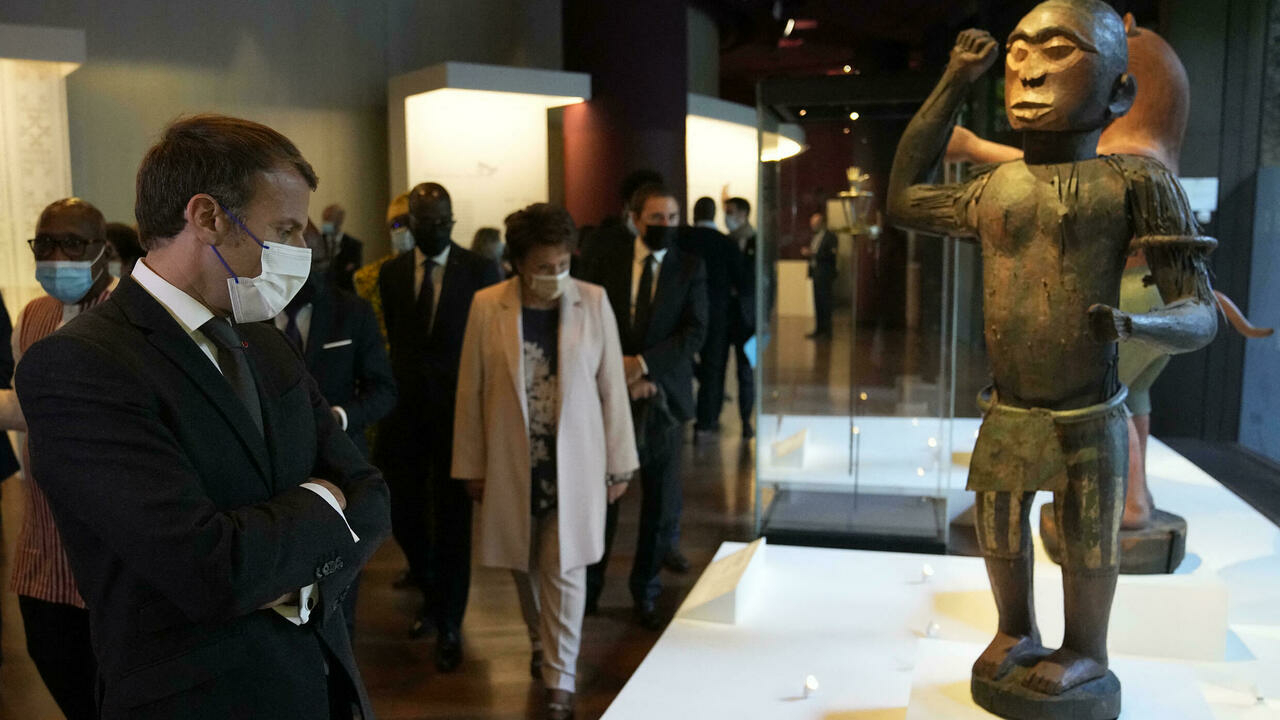 Emmanuel Macron chaired, on Wednesday, at the Quai Branly Jacques Chirac Museum, the ceremony organized for the return of 26 works of the royal treasures of Abomey to the Republic of Benin, located in France for 130 years.

Royal statues, wooden doors and dance sticks, and valuable testimonies of the kingdom that reigned in the 18th and 19th centuries over what is now southern Benin, are among the 26 works that France returned to their country of origin.

During his speech at the Quai Branly Museum, the President insisted in front of many political and cultural representatives of Benin.

Emmanuel Macron also referred to one of the main objectives of the restoration process, which is to “return African youth to access their heritage”. “All young people need to amend their country’s history to build a better future,” he added.

The president also insisted on the long process of returning artworks in Benin.

This refund is the result of a request by several associations, from Benin President Patrice Talon, and a law passed in 2020, in France, allowing businesses to be returned from one country to another.

The French President pledged on November 28, 2017, at Ki-Zerbo University in Ouagadougou, to make conditions available within 5 years for the temporary or permanent restoration of African heritage in France.

See also  The 114 student marches were brutally prevented in Algiers

This ceremony was held as a continuation of the Franco-African Summit, which was organized on October 8 in Montpellier, in the presence of President Emmanuel Macron, and African youth representing civil society, where the issue of France’s response to African heritage was raised. . Therefore, the resale of these works to Benin is an important sign for building the new relations that the French government intends to establish with the African continent.