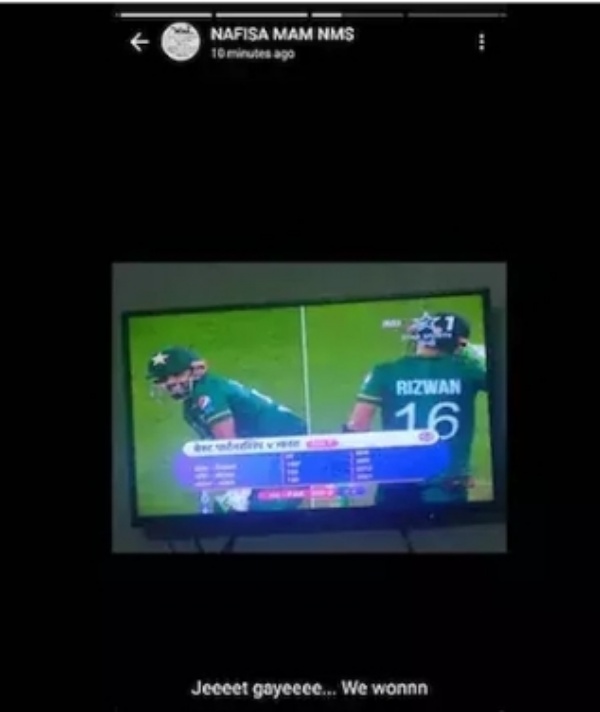 Police have arrested a WhatsApp teacher who used Pakistan’s victory over India in the T20 World Cup. Nafisa Atari, a teacher at the Niraja Modi School in Rajasthan, has been arrested by the Ambamata Police in Udaipur. They were brought before the court and returned to pretrial detention.

Narmapa Singh, a police officer in Ambamata, said they were arrested under Article 153(b) of the Iraqi Penal Code. The teacher was earlier expelled by the school authorities.

They shared the photo with the caption “We won.” Seeing the case, the boy’s father asked if you support Pakistan. The teacher replied, “Yes.” The case was later posted on social media. Then the administration took action against them.

Pakistan beat India by 10 wickets in Dubai on Sunday. With 13 balls remaining, Pakistan chased India’s goal of 152 balls. This is the first time that Pakistan has defeated India in a World Cup match.

Nafisa Atari, a teacher in Rajasthan, was stopped from her job to celebrate Pakistan’s victory over India in a cricket match, arrested and sent to prison.
Do Tweet embed The government is trying to prove that it is more nationalist than the BJP governments?