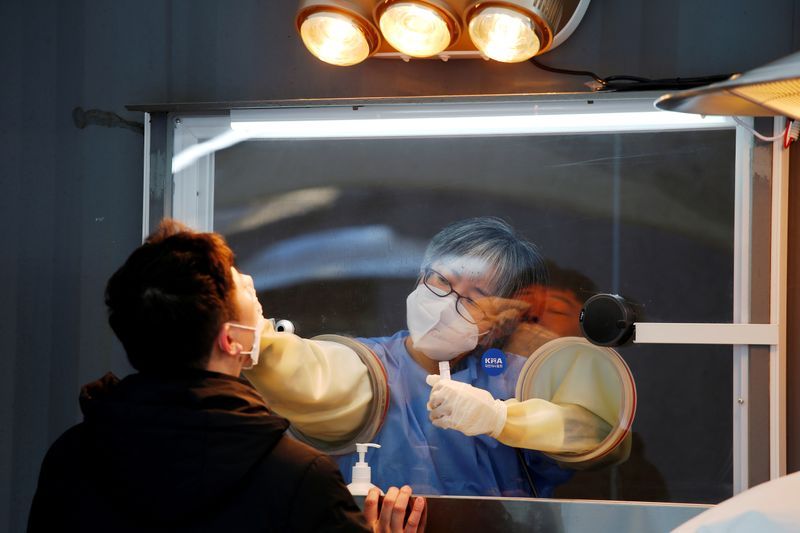 SEOUL (Reuters) – South Korea reported a record 1,097 new coronavirus cases on Sunday, including an outbreak in a Seoul prison that infected 185 as the country’s latest wave of coronavirus worsened.

With more than 1,000 daily infections for the fifth consecutive day, some medical experts criticized the government for being slow to introduce stricter rules of social distancing.

Tracking and aggressive testing of South Korea early in the pandemic had made the country a global success story when several nations saw a spike in infections, leading to widespread lockdowns.

But the recent spike – which often stemmed from large-scale gatherings rather than the large, isolated outbreaks of previous waves – has heightened concerns with the shortage of hospital beds in the country.

The daily total exceeded Wednesday’s record 1076, according to data from the Korea Disease Control and Prevention Agency (KDCA). Among the new cases, 1072 cases were transferred locally and 25 were imported, bringing the total number of Coronavirus infections to 49,665, with 674 deaths from Covid-19 as of Saturday midnight.

A Justice Ministry official said that a prison in southeastern Seoul recorded a major outbreak, with 184 inmates and one worker infected.

The official said that former conservative President Lee Myung-bak, who is in Prion after being convicted of corruption, had tested negative for the virus.

Yonhap News Agency said that about 61 people in a nursing home in Chungju City had contracted the virus.

The KCDC will disclose details of the novel coronavirus cases later in the day.