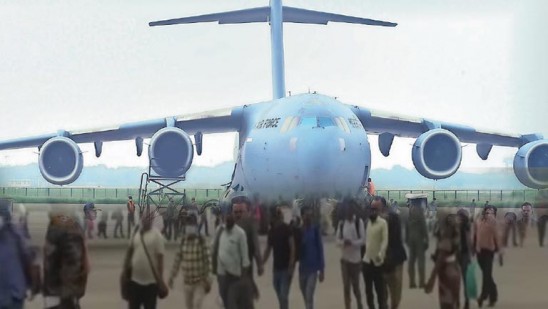 Kabul
With the end of the military withdrawal and evacuation process between the United States and NATO on Tuesday, ISIS missiles attacked the Kabul airport. ISIS said it fired six rockets. The missiles landed in a residential area in the Salim Karawan area, three kilometers from the airport. The crowd did not know. The US military said five missiles were intercepted at the airport. Local residents found the wreckage of a car used by terrorists in the Shahr Shahid district of Kabul. It contained six tubes of missiles.

The evacuation of people through the airport continued even after the attack. The United States says it has evacuated 1,200 people within 24 hours. The 50 were evacuated aboard Allied planes. The United States said on Sunday that the Taliban had agreed to allow those with documents to travel after the age of 31. This was stated in a joint statement signed by the European Union, NATO and 100 countries. Security has been beefed up at the Taliban airport after a series of attacks. A large crowd gathered at the airport on Monday to flee the country. The Taliban brought them home. Smoke has also been reported from several places at the airport. However, it is rumored that US forces fired weapons. The Taliban said 10 civilians were killed, including three children. The United States acknowledged the killing of civilians.

Meanwhile, two Pakistani soldiers were killed in a shootout with Afghan forces on the border. The Pakistani army responded with retaliation. Pakistan said it has delivered medicines and medical supplies from the World Health Organization to the Afghan city of Mazar-i-Sharif.